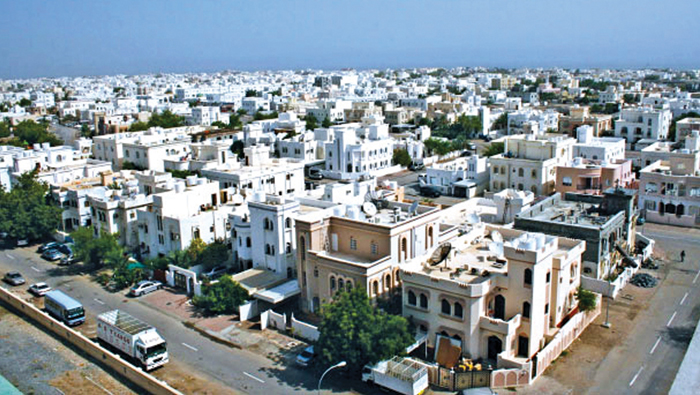 Muscat: Tens of thousands of new Omani jobs will revitalise Oman’s rental market, according to experts.
Real estate bosses say the new Omani workforce will plug the gap left by departing expatriates.
A new report reveals that 5,000 educated expatriates left Oman in the first half of 2017, and that in some areas rents dipped by as much as 30 per cent.
But the recent government announcement of 25,000 jobs for Omanis, coupled with the strict Omanisation policy currently in place in the Sultanate, should ensure that these new recruits soon fill any gap, experts agree.
“Right now the supply exceeds the demand, and the demand will catch up in a few years with the number of jobs increasing in Muscat,” Sudhakar Reddy, CEO, Al Habib & Co LLC, said, after releasing the Property Report, October 2017. He added: “The demand will keep on increasing as the numbers of the jobs are increasing. Expats are going back but the Omanis are taking those jobs.”
The Property Report of Al Habib, which operates as a real estate service company in Oman, said rents have dropped by as much as 32.49 per cent in some parts of Muscat in 2017.
“There is too much construction which is happening and that is one of the reasons the rents are dipping. Just to give you an idea, the average number of villas built in Muscat between 2003 and 2010 was around 3,000. But in 2016, around 9,000 villa building permits have been issued,” Reddy said.
The Property Report says that the total number of expat employees has gone up from 1,848,175 as of December 31, 2016 to 1,869,416 as of June 30, 2017, an increase of 24,241 (1.31 per cent).
“However, a closer look at the numbers shows that the number of expats who hold a diploma and above has gone down, over the same period, from 159,506 to 154,500 a decline of 5,006 (3.14 per cent).
“These are the job holders who are likely to rent apartments and their decline is putting a lot of pressure on the rental market,” the report states.
The report also reveals that with declining numbers of white collar expatriate employees, rents have declined by about eight percent in the first half of 2017.
“However, premium properties with facilities like swimming pools and gymnasiums are enjoying higher occupancies and smaller declines in rents,” the report adds.
According to the report, rents in Wadi Kabir have dropped by 32.49 per cent, Amerat by 19.25 per cent, Bausher/Ghubrah by 14.90 per cent, Qurum by 14.91 per cent and CBD/MBD by 8.47 per cent.
Occupancy is as important as rents and in some locations vacancy rates are very high.
For example the report said the vacancy rates are very high in Bausher where it is 27 per cent followed by Azaiba/Ghubra at 19 per cent and Ruwi where it is 18 per cent. Real estate agents in Oman couldn’t agree more.
A number of leading estate agencies in the Sultanate told Times of Oman that even in sought-after areas like Qurum, rental rates have dropped.
“There is a huge drop in rents in Mabela and Amerat due to oversupply. In Ruwi and Wadi Kabir rates have gone down but this is mainly due to lack of basic facilities such as parking,” Suresh Kumar, another real estate agent said.
“Residents are looking at better options that include more amenities such as parking and security, and properties that are not offering these are finding it hard to get tenants. It is the tenants’ market, not the real estate agents’ market at the moment,” one said.
Some residents are moving home to be nearer schools so that they save on transport money while some are moving to bigger houses. “I recently, moved from one bedroom to two bedroom house and I am paying the same rent,” Satish, an Indian expat said.
The report adds: “Over decades, the government in Oman has invested in education and to find qualified Omanis for white collar jobs is not difficult. We forecast a further decline in rents and occupancies as more well educated expat employees are replaced by well-educated Omanis.
“In general Oman has among the highest home ownership in the world and Omanis prefer to live in their own homes, sometimes in extended families, until they are able to buy their own houses.”