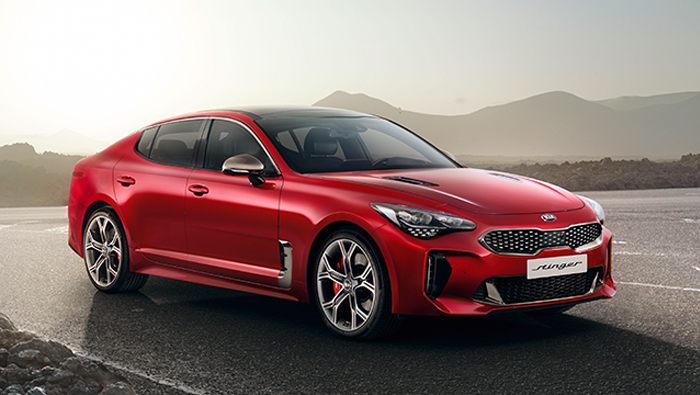 Muscat: In the current automobile market where car names are composed of seemingly arbitrary numbers and letters, the names of Kia models definitely stand out.
Behind the unique and original names of Kia models are interesting stories and stories and meanings. Let us try to know what these are - starting with the Kia Stinger.
When the Kia Stinger first debuted at the 2017 NAIAS, the model was praised for its enticing and striking name. While the model itself takes after the designs of the 2011 GT concept, the car name pays homage to the GT4 Stinger concept. According to a company spokesperson, “The ‘Stinger’ name perfectly captures our high-performance sedan’s ambition as a bold and aggressive new challenger in the market. The Stinger GT carries the appearance and aura of explosive confidence and edginess, living up to its name and the hype.” So, can anyone keep up with the Kia Stinger?
Another popular Kia model in Oman is known as Kia Optima.
As a prize-winning best-seller, Kia really hit the mark with the name for the Kia Optima. The popular midsize sedan derives its name from the Latin word ‘Optimus’ meaning ‘the best.’ The release of the first generation Optima in 2000 was a turning point for Kia’s fortunes in the midsize sedan category, as the car’s sleek and stylish design became a benchmark for future models to come.
Kia Carens. This model was labelled as a game-changing pioneer in its segment when it made its world debut in 1999. The name Carens, derived from the word ‘car’ and ‘renaissance’, perfectly illustrates the innovative and stylish characteristics of the well-loved compact MPV.
The third generation Carens is sleeker and more attractive than ever, making the name all the more suitable for the model.
The Kia Cadenza bears a name that aptly describes the elegance and lavish qualities of the premium sedan. ‘Cadenza’ is an Italian term meaning a beautiful and complex artistic solo, typically in a musical movement. True to its name, Kia’s Cadenza sedan boasts sophisticated style and robust performance that make for a pleasant, harmonious ride.
Adding to the information, the spokesperson noted, “As you can see, Kia puts a lot of thought into naming our vehicles so that their spirit and strengths are effectively captured. Take a look at rest of the cars in our line-up by visiting a showroom.”
Futuristic Kia models (Chosen amongst Top 50 Global Green Brands by Interbrand) are fitted with fuel-efficient engines & ECO mode drive for optimum fuel efficiency. Kia models are equipped with some local accessories to enhance their looks, feel and functionality. Exact details are available at the showroom.
Reliable International Automotive (RIA), the distributor for Kia in Oman provides a rewarding ownership experience for customers. Excellent product attributes and unmatched facilities easily ensure their absolute satisfaction, every mile of the way. No wonder then that Reliable International Automotive has been ranked amongst the top Kia distributors worldwide and has been honoured with prestigious accolades including the ‘Good Partnership award, ‘Family Like Care' Service award', and 'Kia 'Distributor of Distinction' award.