ICC World T20: Ireland knocked out after another washout in Dharamsala 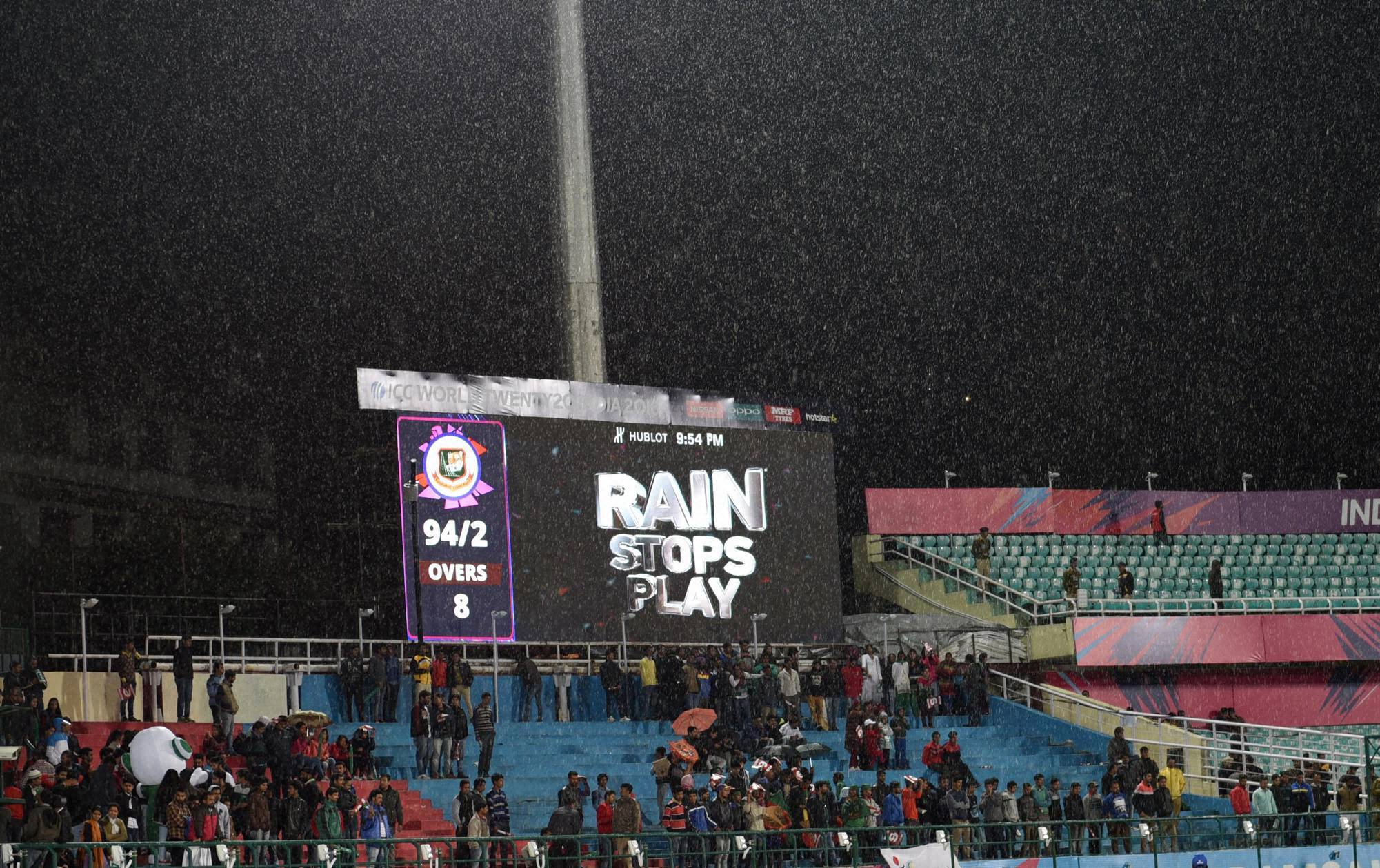 Dharamsala: The qualifying round match of World T20 cricket tournament between Bangladesh and Ireland was abandoned after just eight overs due to rains here at the HPCA Stadium on Friday.
The match was initially reduced to a 12-over affair after the start was delayed by one hour and 45 minutes due to heavy rains. Put into bat, Bangladesh were 94 for 2 after eight overs when the Group A match was stopped again due to rains.
After a wait of around half an hour, the match officials decided to abandon the match with both Bangladesh and Ireland getting one point each.
Bangladesh opener Tamim Iqbal (47 off 26 balls; 3x4s, 4x6s) was out from the last ball of the eighth over and Sabbir Rahman was batting on 13 when the umpires decided to stop the match at the HPCA Stadium.
It was heartbreak for Ireland -- for whom it was a must win game -- who were knocked out of the tournament as they have so far collected just one point from two matches.
Bangladesh, who have beaten the Netherlands in their opening match, now have three points, the same as Oman, but they have a better net run rate.
The ‘no result’ meant that whoever wins the match between Bangladesh and Oman on Sunday will qualify from Group A for the Super 10 stage.
In the eight overs of Bangladesh innings played, Ireland were sloppy on the field and that cancelled out any advantage they could have got after captain William Porterfield won the delayed toss and chose to field.
Soumya Sarkar (20) was dropped twice -- in the first and fourth over -- while Tamim -- when on 37 -- escaped a stumped out chance as wicketkeeper Niall O’Brien could not collect the ball cleanly.