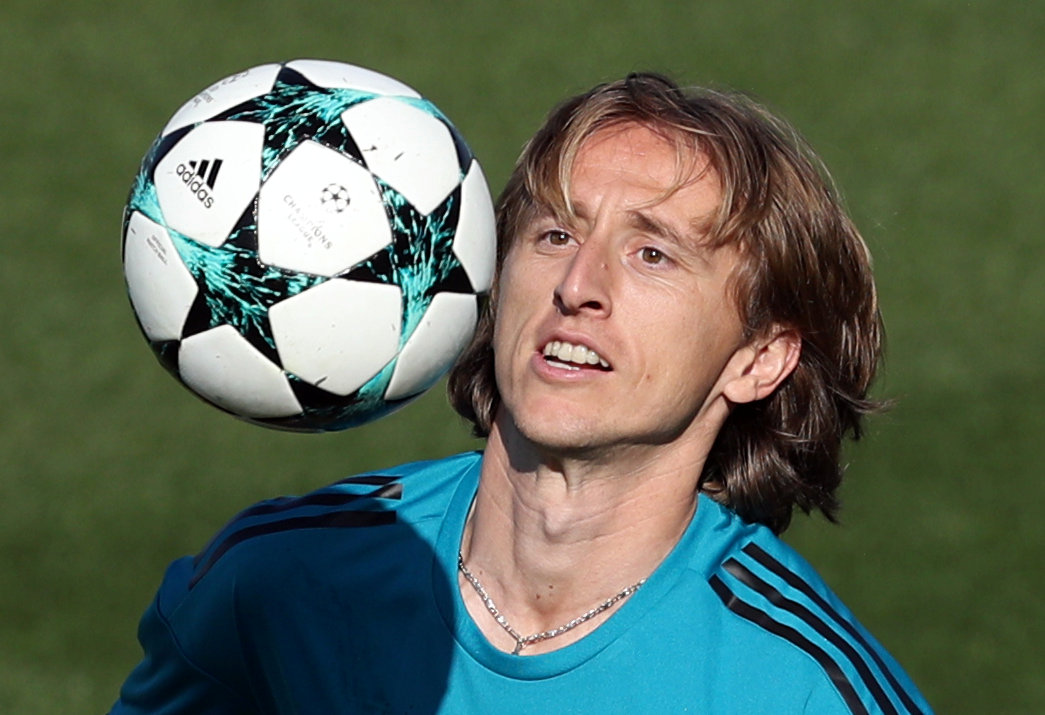 Madrid: Gareth Bale may have scored more decisive goals for Real Madrid than Luka Modric since the pair swapped Tottenham for the Spanish capital, but the Croatian midfielder has proved far more popular to Real fans than his teammate.
Modric will be the only former Spurs player available to the European champions when they host Mauricio Pochettino's side on Tuesday in the Champions League as Bale is still recovering from a calf injury, the 18th fitness setback he has faced in less than five seasons in Spain.
Bale, who was signed by Real in August 2013 for a then world record fee of 100 million euros ($118.2 million), had a dream debut season in Madrid, striking decisive goals in the King's Cup final against Barcelona and the Champions League final against Atletico Madrid.
He has added a further nine trophies since then and overtaken Gary Lineker as the top scoring British player in La Liga, but an accumulation of injuries have stunted his growth and meant he has missed 67 games since his arrival.
Madrid, however, have rarely missed his presence: they stormed to the Champions League and Liga double last season when he missed more than four months with an ankle injury and calf problems.
A study in newspaper AS showed Real are 10 percent more likely to win games when Bale does not play, while online surveys show that fans overwhelmingly would prefer to see either Marco Asensio or Isco in his place.
Bale's shy personality and inability to speak Spanish have not helped his cause and he often appears distant from his team mates, an outsider in an fiercely strong collective.
He received a cacophony of boos when taken off in the 2-2 draw with Valencia but a couple of weeks later demonstrated his trademark explosiveness to score against Real Sociedad.
He then produced his strongest performance in over a year in the 3-1 win over Borussia Dortmund, a display which earned the praises of the Spanish media, including in AS, whose repeated criticism of Bale has been tantamount to a campaign to get him to leave the club.
There was no happy ending, however, as Bale ended the game with a calf injury which is likely to keep him out until November.
In a recent news conference, Real coach Zinedine Zidane said he did not know when Bale would return and faced repeated questions about whether the Welshman's injury record could lead to the club being forced to sell him.
Delicate status
Bale's delicate status in the Spanish capital contrasts with Modric, who has developed into Real's most influential midfielder, the player who has overseen their transition from counter-attack specialists into a team that embraces possession.
Modric, however, endured a difficult start after his 40 million euro move from Tottenham in 2012 as he was deployed in an advanced role under Jose Mourinho and newspaper Marca named him the worst signing of the close season.
Redemption came with a thunderous long range goal against Manchester United in 2013 and he truly began to thrive under Carlo Ancelotti, although it is under Zidane where he has really shone.
The Santiago Bernabeu crowd regularly sings the 32-year-old's praises, while last season he even took the plaudits of rival supporters, earning a standing ovation at Eibar after engineering a 4-0 win at the Basque minnows.
"After four years at Tottenham I hit the ceiling and I needed new challenges to take my career to the next step," Modric said in an interview with UEFA.com on Sunday.
"Real Madrid were the right club for me and when I learned they were interested in me I didn't care about anything else in the world. Now I'm playing the best football of my career and feeling good every day."