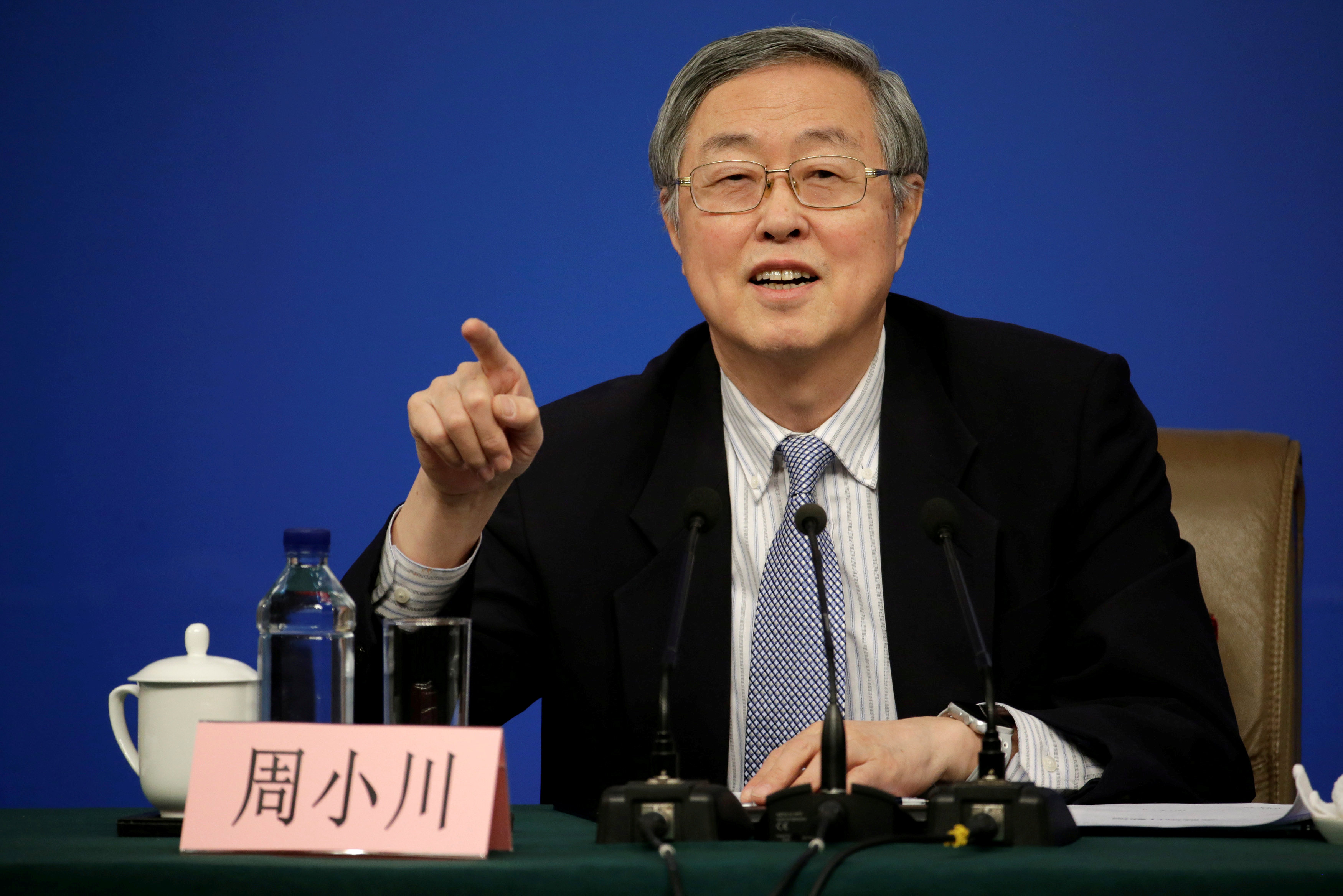 Shanghai/Beijing: China’s central bank governor said the economy could grow 7 per cent in the second half of this year, accelerating from the first six months and defying widespread expectations for a slowdown.
The uncharacteristically explicit growth forecast by Zhou Xiaochuan came just days ahead of a twice-in-a-decade Communist Party Congress, where President Xi Jinping is expected to strengthen his grip in a leadership reshuffle.
While China produced forecast-beating growth of 6.9 per cent in the first half, many economists and investors had expected momentum would start to fade later in the year.
Those views are largely predicated on three factors: higher borrowing costs; increasing curbs on home buying to cool soaring prices; and government-mandated shutdowns of some steel mills and factories in coming months to reduce winter air pollution.
But the driving force behind growth has been mainly rising household consumption, Zhou said in remarks published on the People's Bank of China's (PBOC) website on Monday.
"China's economic growth has slowed over the past few years...but economic growth has rebounded this year, with GDP reaching 6.9 per cent in the first half, and may achieve 7 per cent in the second half," Zhou was quoted as saying at the G30 International Banking Seminar in Washington on Sunday.
Zhou, the country's longest-serving central bank chief, is likely to step down next year, sources told Reuters.
Investors are waiting to see if sustained economic growth this year will give China's leaders the confidence to quicken and deepen reforms, though many say Beijing continues to rely too heavily on debt-fueled stimulus.
The government had set a 2017 growth target of around 6.5 per cent. Zhou's estimate implies an expansion of about 6.95 per cent, topping growth rates in 2015-2016.
Economists had expected growth to ease to 6.8 per cent in the third quarter and 6.6 per cent in the fourth quarter, but the impact of the pollution shutdowns is a major wild card.
"Growth in the second half will be slower...I don't think 7 per cent growth is very possible," said Xu Hongcai, deputy chief economist at China Center for International Economic Exchanges (CCIEE), a prominent think-tank in Beijing.
"Investment and consumption growth have eased. And foreign trade is not likely to be as strong as in the first half."
The International Monetary Fund last week reiterated its stance that there may now be a now greater chance of a sharp slowdown in China, if authorities delay the withdrawal of hefty stimulus as they focus on achieving growth targets.
Firing on all cylinders?
China will report third-quarter gross domestic product (GDP) on Thursday. September data so far has shown imports and bank lending grew more than expected, while exports picked up.
On Monday, data showed producer prices jumped 6.9 per cent in September on-year, confounding views that producer inflation had peaked.
A year-long construction boom has helped boost prices for building materials and resources from steel and copper to iron ore, helping to create a reflationary pulse worldwide in commodities markets and manufacturing.
Prices have turned wildly volatile in recent weeks on fears of shortages as Beijing embarks on its biggest environmental crackdown yet to reduce the country's notorious winter smog.
Some steel mills, smelters and chemical plants have cranked up output ahead of curbs on production or outright shutdowns.
Shanghai steel futures surged to a one-month high on Monday along with raw materials iron ore and coking coal, and the ripples are spreading globally, with LME copper futures hitting a three-month high.
Other data on Thursday is expected to reinforce the view that China is still in high gear, with growth in industrial output and retail sales seen accelerating while fixed investment may hold at a roughly steady pace.
Private business surveys, however, suggest the recovery has not been balanced, with large state-run firms reaping more of the benefits from robust growth than smaller, private companies who don't enjoy the same access to cheap and ample credit.
Moreover, a recent Reuters analysis showed few of China's listed companies are using windfall profits this year to reduce massive debts despite Beijing's campaign to rein in risks.
Debt battle
Zhou also said China remains confident in its ability to fend off systemic risks and keep its fundamentals healthy and stable.
Risks in so-called shadow banking have somewhat eased, while non-performing loans are still at a relatively low level, the central bank said.
Chinese authorities are trying to walk a fine line by containing riskier types of financing and slowing an explosive build-up in debt without stunting economic growth.
But authorities have also frequently kept the system well supplied with cash to avoid interest rates spiking too rapidly, which could slam the brakes on growth, and some market watchers fear "deleveraging" efforts aren't progressing fast enough.
Raymond Yeung, Greater China chief economist at ANZ in Hong Kong, said that China needs to pay attention to high loan growth even if more funds are now flowing into real investment rather than speculative activity.