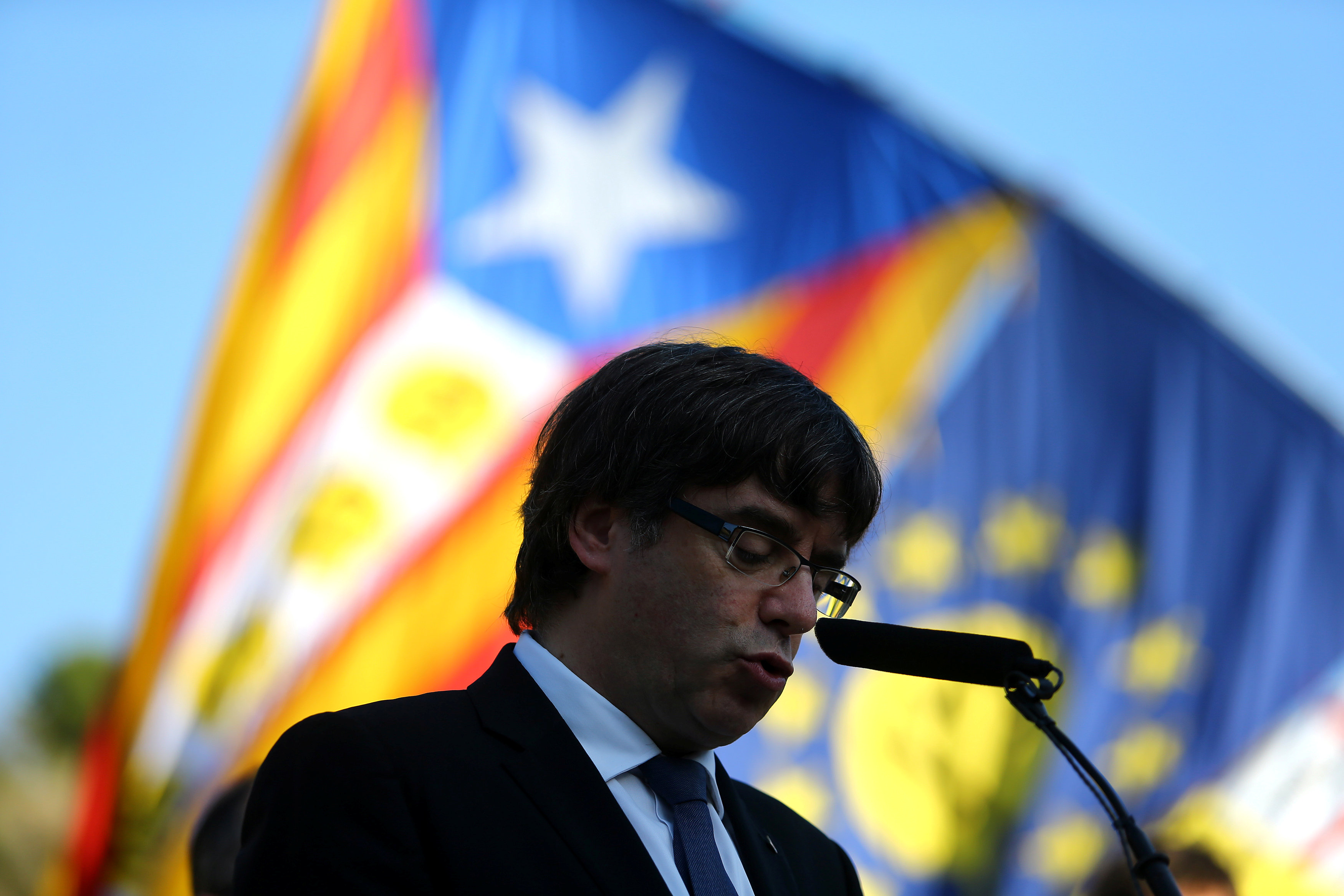 Madrid/Barcelona: Catalan leader Carles Puigdemont failed to clarify on Monday whether he had declared Catalonia's independence from Spain last week, paving the way for the central government to take control of the region and rule it directly.
The wealthy region's threatened to break away following a referendum in October 1 that Spain's Constitutional Court said was illegal.
That plunged the country into its worst political crisis since an attempted military coup in 1981.
Puigdemont made a symbolic declaration of independence on Tuesday, but suspended it seconds later and called for negotiations with Madrid on the region's future.
Spain's Prime Minister Mariano Rajoy gave him until Monday 10:00 am (0800 GMT) to clarify his position, and until Thursday to change his mind if he insisted on a split - and said Madrid would suspend Catalonia's autonomy if he chose independence.
Rajoy had said Puigdemont should answer the formal requirement with a simple "Yes" or "No" and that any ambiguous response would be considered a confirmation that a declaration of independence had been made.
Puigdemont did not directly answer the question in his letter to Rajoy, made public by local Catalan media.
The Catalan leader said instead that the two should meet as soon as possible to open a dialogue over the next two months.
"Our offer for dialogue is sincere and honest. During the next two months, our main objective is to have this dialogue and that all international, Spanish and Catalan institutions and personalities that have expressed the willingness to open a way for dialogue can explore it," Puigdemont said in the letter.
"This way, we will verify the commitment of each of the parties to find an agreed solution."
Spain's Prime Minister office could not immediately confirm whether the letter had been received and declined any further comment.
A declaration of independence would trigger Article 155 of the 1978 constitution, under which the government in Madrid can impose direct rule on any of Spain's 17 autonomous communities if they break the law.
The central government can then sack the local administration and install a new governing team, take control of the police and finances, and call for a snap election.
The Catalan government says 90 per cent of Catalans voted for a breakaway in the referendum.
But most opponents of independence boycotted it, reducing turnout to around 43 per cent.
Catalan police chief Josep Lluis Trapero was due to appear before Spain's High Court on Monday to be questioned over whether his force, the Mossos d'Esquadra, deliberately failed to enforce the court ban on the independence referendum.
Trapero has been put under formal investigation for sedition after failing to order to rescue Civil Guard police who were trapped inside a Catalan government building in Barcelona by tens of thousands of pro-independence protesters.
The heads of civic groups Asamblea Nacional Catalana and Omnium will also testify over their role in organising those protests.