Against coalitions for the sake of forming government: Former president of India 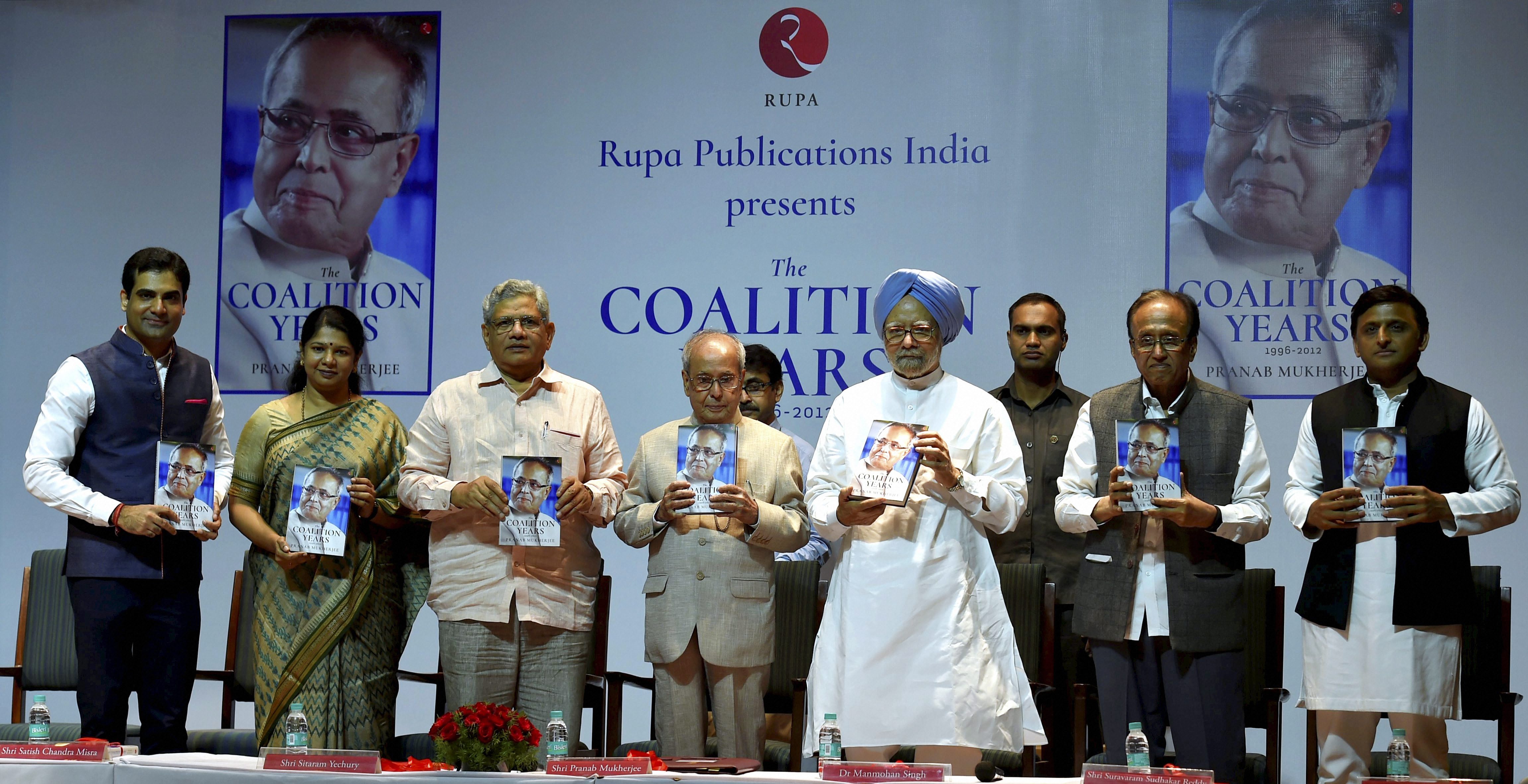 New Delhi: At a time when the Congress is trying to cobble together a coalition against the BJP, former president Pranab Mukherjee argued against sewing up alliances just for the sake of forming a government, insisting such attempts would only dilute the identity of the Congress party.
In his new book, The Coalition Years: 1996 to 2012, Mukherjee has said he disfavoured the Congress' 2003 decision to forge alliances to defeat the BJP in the 2004 general elections. He said his view remains unchanged even today.
Mukherjee, who had a long innings in the Congress before becoming the president, advocated the go-alone strategy, saying that is the only way the Congress can keep its identity intact.
Referring to the Congress's decision at Shimla conclave in 2003 to enter into a coalition with secular parties to defeat the BJP, Mukherjee said, "The issue of being open to forming a coalition was certainly a change of tack from the Panchmarhi conclave where we had agreed that coalitions will be considered where absolutely necessary."
"At Shimla, inputs of all delegates were sought and heard. Most of them, including Sonia Gandhi and Manmohan Singh, seemed convinced that the Panchmarhi strategy had to change. I was the lone voice stating a contrarian view as I believed that sharing a platform or power with other parties would undermine our identity," Mukherjee says in a chapter titled "2004”.
Mukherjee's latest book is the third in a series of political memoirs penned by him after The Indira Years and The Turbulent Years. The book was released here on Friday at a high-profile event attended by Congress president Sonia Gandhi, former prime minister Manmohan Singh, Congress vice president Rahul Gandhi and leaders of the major constituents of United Progressive Alliance I and II.
Explaining his anti-coalition stand, Mukherjee, who was the longest serving member of the Congress Working Committee, said he thought the party should not forsake its identity for the sake of forming a government.
"I maintained that the party should not forsake that identity for the sake of forming a government; there was no harm in sitting in the opposition should that happen. I remain consistent with that view even today," Mukherjee says.
On the concluding day of the Panchmarhi conclave held between September 4 and 6, 1998, the Congress had for the first time acknowledged the importance of coalition politics after having ruled India independently for many years.
Sonia Gandhi said at the end of this conference, "The fact that we are going through a coalitional phase in national politics reflects in many ways the decline of the Congress. This is a passing phase and we will come back again with full force and on our own steam. But in the interim, coalitions may well be needed."
At the book release function, Mukherjee reaffirmed his reservations about coalition politics from the dais as he introduced his new memoir. "I always believed Congress is a coalition which brings together various ideas, personalities and groups of interests. To provide leadership to a coalition is difficult as the Congress has to then manage one coalition within and one outside," Mukherjee said.

Mosques to open on Fridays in Oman