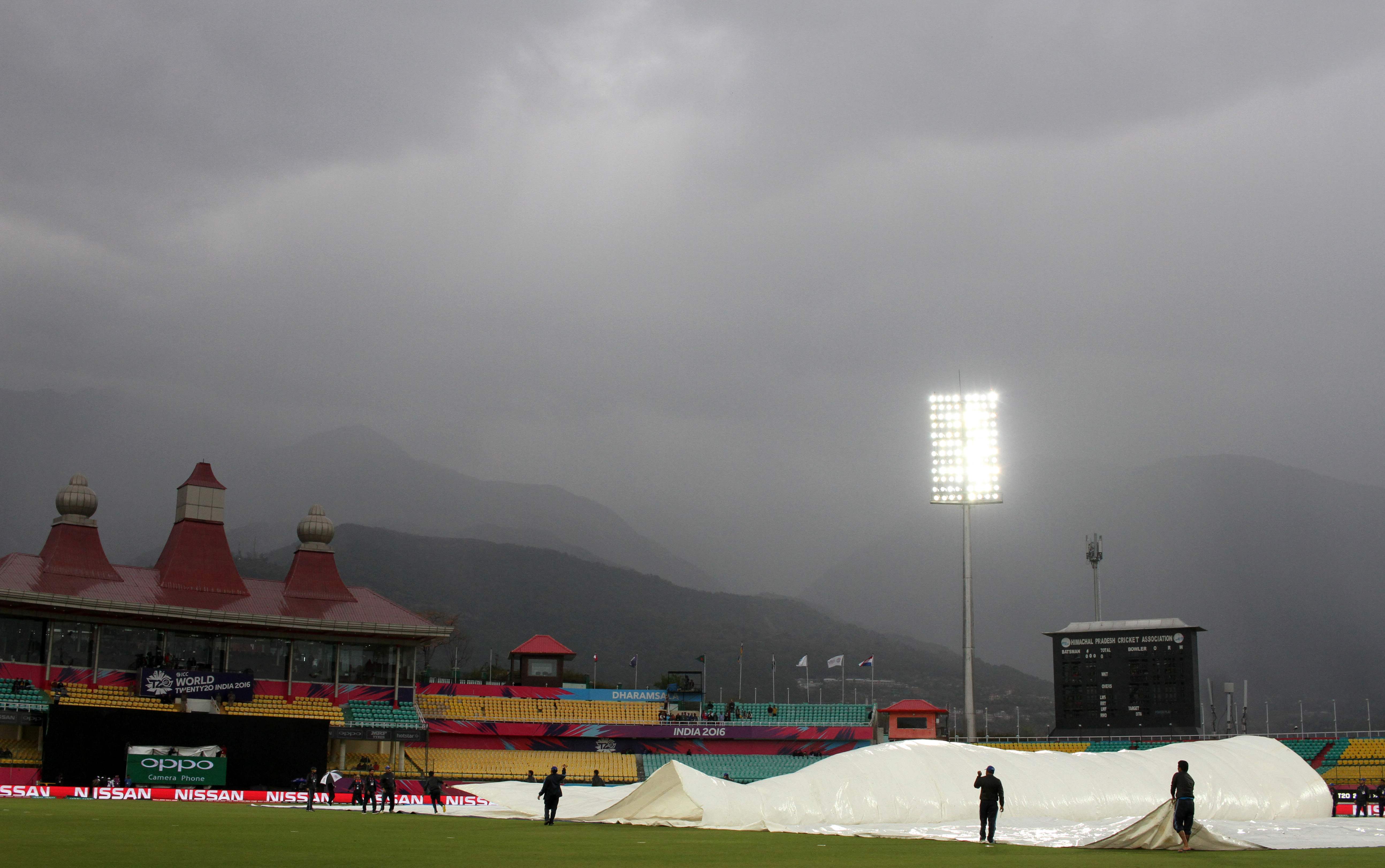 Dharamsala: Persistent rain played spoil sport on Friday leaving no option for Oman other than ‘going Dutch’ with the Netherlands at the HPCA Stadium in Dharamsala on Friday.
Splitting points meant that the Dutch are virtually dumped out of the preliminary round and Ireland will have to beat Bangladesh later in the evening to keep Group A of ICC world T20 preliminary round alive.
Oman has a lifeline, and if Ireland wins the rain-shortened game (13 overs each) they too will be in contention. But all depends on Sunday's weather.
On Friday, Oman had won the toss and opted to field.
It was disappointment that reflected on the faces of Omani fans, who had turned up in fairly large numbers with national flags wearing and Oman jerseys.
The inflow of fans began after Oman’s historic win over Ireland but it was sad that they couldn’t witness yet another triumph of their favourite team.
However, Oman having gained a point are still alive in the tournament and they hope and are confident to put it across Bangladesh.
Skipper Sultan Ahmed spelt out the confidence in his team, especially after the historic triumph over Ireland, and said they will fight it out to take the giant step.
After the match was called off, Sultan said: “We wanted to play the match badly as we were confident o beating Netherlands and boost our chances.”
But Sultan said that weather was not kind.
“In our mind, we were ready for a five-over match if weather permits and that’s the reason we dropped Jatinder and included Rajesh (Ranpura). We wanted some big hitters and that was our strategy considering the rain. However, it did not happen,” he explained.
On the other hand, Netherlands captain Peter Borren was emotional and disappointed.
“We can’t stop the weather but what we could done was to beat Bangladesh in the first game to keep ourselves alive,” said Borren.
“That match (against Bangladesh) was in our hands but now everything is lost,” lamented Borren.