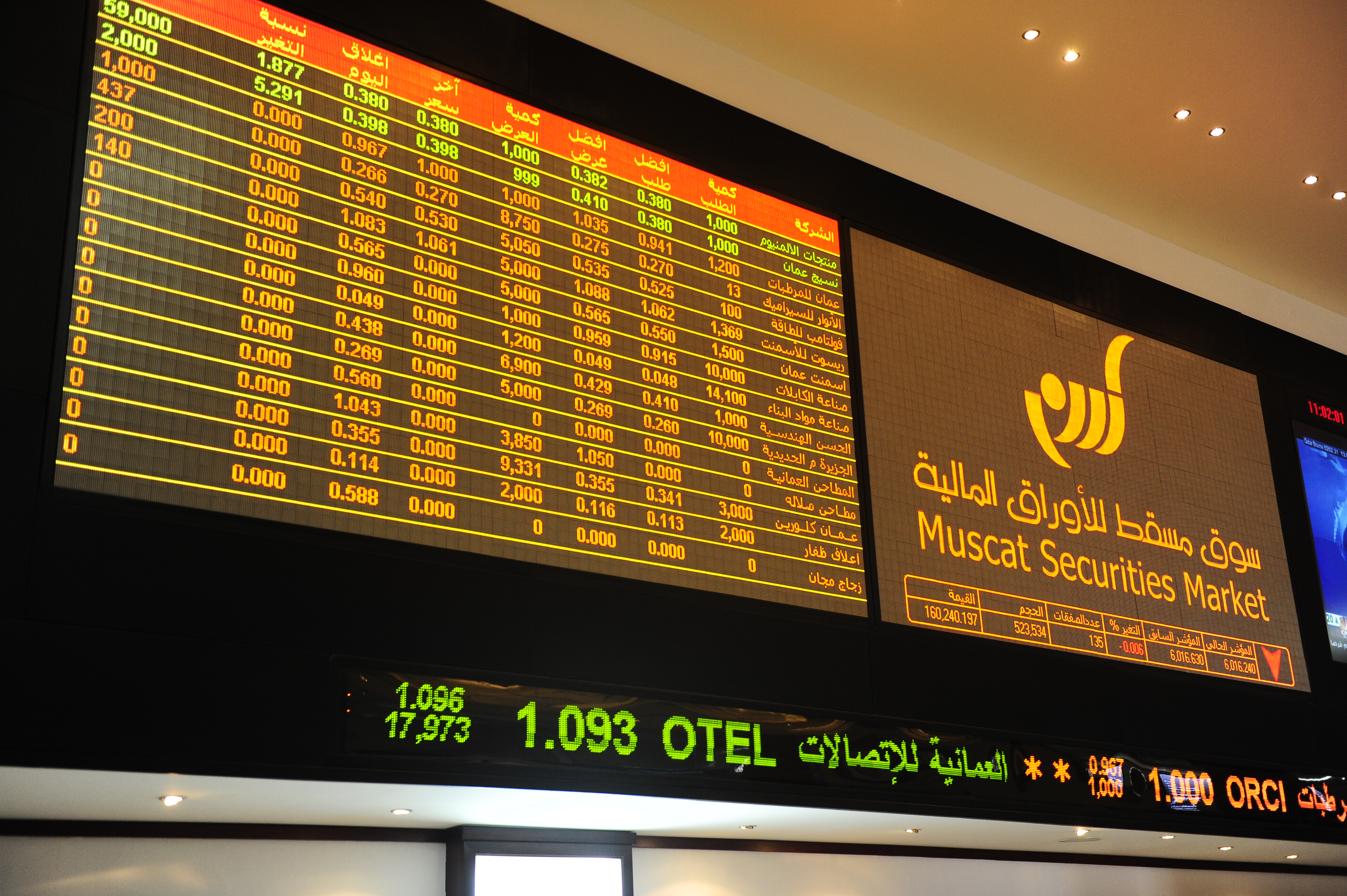 Muscat: Shares on the Muscat Securities Market gained 10.42 points to close at 5,138.90 points amid scattered support from both retail and institutional investors.
Several blue chip companies have announced their financial results for the third quarter and a number of companies have posted lower profit compared to the same period of last year.
The market turnover stood at OMR2.19 million, indicating a fall of 19.6 per cent when compared to Thursday. As many as 18.74 million shares changed hand on the bourse.
The major gainers on Sunday include Oman Fisheries, Muscat Finance, Al Madina Takaful, Renaissance Services, Al Izz Islamic Bank and Bank Sohar. Likewise, the major losers were United Finance, Al Anwar Holding, Shell Oman Marketing, Galfar Engineering and Contracting and Voltamp Energy.
The market capitalisation of MSM stood slightly lower at OMR17.88 billion. A report from MSM added that the value of shares bought by non-Omani investors reached OMR208,000, comprising 9.5 per cent of total trade. The value of
shares sold by non-Omani investors reached OMR283,000), showing 12.89 per cent of total trade. The net non-Omani investment declined by 3.39 per cent to OMR 74,000.
Qatar National Bank
Qatar National Bank, the largest Gulf bank, has approached commercial banks for the refinancing of a $3 billion loan due next March, saying it would like to complete the deal before the end of 2017, sources familiar with the matter said.
The $3 billion loan which QNB wants to refinance was originally signed in 2015 and provided by over a dozen international banks. Barclays, HSBC, Bank of Tokyo-Mitsubishi, Deutsche Bank, Mizuho Bank, SMBC and Standard Chartered were among banks participating as mandated lead arrangers.
That loan also saw participation by regional lenders such as National Bank of Abu Dhabi - now First Abu Dhabi Bank - as well as National Bank of Bahrain and Saudi Arabia's Samba Financial Group. QNB has not issued an official request to banks for the refinancing, but has started discussing options for a loan that would be equal in size and maturity. The Qatari lender has not discussed the pricing yet and has not hired any banks to arrange the potential deal, the sources said. Officials at QNB could not be reached for comment on Sunday.
One of the sources, a banker, said he believed one of the aims of the discussions was to gauge interest among banks, so that QNB could come up with contingency plans should any lenders be reluctant to participate.
Last month QNB raised $630 million through a Formosa bond issue in Taiwan arranged by Standard Chartered. With other Qatari banks, it has met foreign fixed income investors during non-deal roadshows - meetings without firm offers of securities - to sound out the appetite of the market for potential bond issues, sources told Reuters last week.