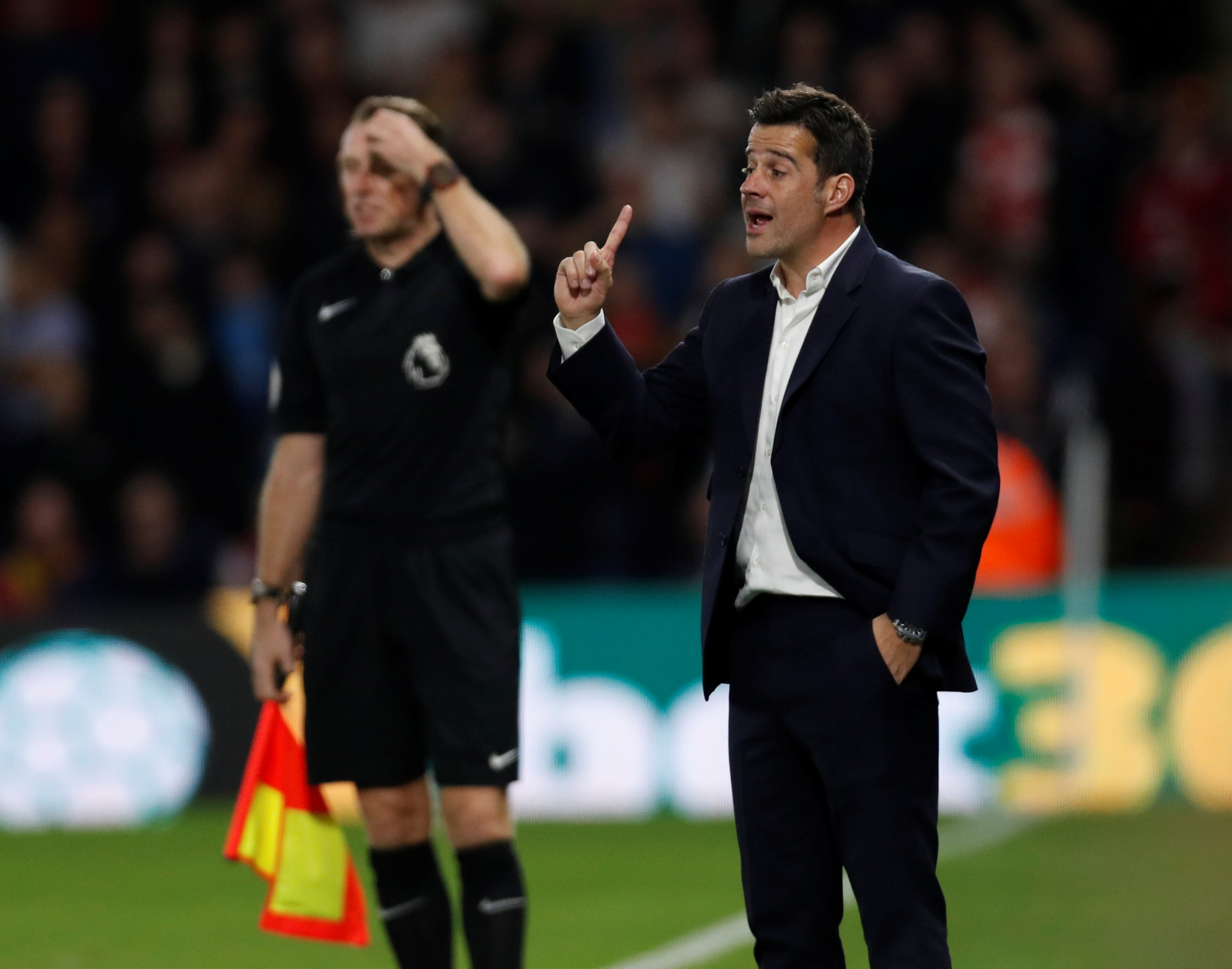 London: Watford’s players sung the praises of manager Marco Silva after a 2-1 victory over Arsenal at Vicarage Road on Saturday lifted them to fourth place in the Premier League.
The Hornets have collected 15 points from eight matches and are enjoying their best start to a top-flight campaign since Graham Taylor led them to 16 from eight games in 1982-83.
Watford were poor in the first half against Arsenal and trailed 1-0 at the break, but they improved significantly in the second period and claimed all three points thanks to Troy Deeney’s 71st minute penalty and Tom Cleverley’s 92nd minute winner.
"The manager said to play with a bit more belief in the second half,” Cleverley told reporters. "We did that and I thought we deserved the win."
Deeney added: "Credit to the manager - he gave us a bit of a roasting at halftime. We are building something really good here.”
Silva joined Watford before this season from Hull City, where he earned widespread admiration despite being relegated from the Premier League.
"It was an amazing result and amazing atmosphere,” Goalkeeper Heurelho Gomes said. "The manager said we were too shy in the first half. We have to have more confidence about our game. We keep believing all the time, even when the result isn't going for us."
Watford’s victory lifted them above Arsenal and Chelsea and they are seven points adrift of league leaders Manchester City.
"What I really like is the way we acted after it was 1-1. We didn't go back again, we carried on looking for more from the game," said Silva who guided Olympiakos to the Greek title before moving to England.
"We played with a little bit more risk in second half. Our opponent had more chances because of this, but it was what we wanted to do."