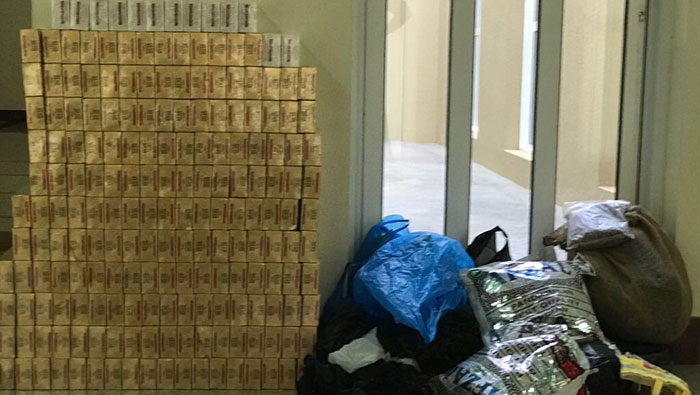 Muscat: An Asian national was arrested with 1,584 boxes of cigarettes and 143 bags of tobacco in Adam city, according to the Royal Oman Police.
"The Criminal Investigation Department at Adam Police Station arrested an Asian national on charges of selling illegal cigarettes. We seized 1,584 boxes of cigarettes and 143 bags of tobacco at his place of residence. The accused was referred to the judicial authorities to complete the necessary procedures against him," The Royal Oman Police announced online.
Last month, the General Directorate for the Control of Narcotic Drugs and Psychotropic Substances, partnering with the South Batinah Police managed to arrest three persons of Asian nationality, who were arrested at their home in wilayat of Barka with tobacco and cigarettes.