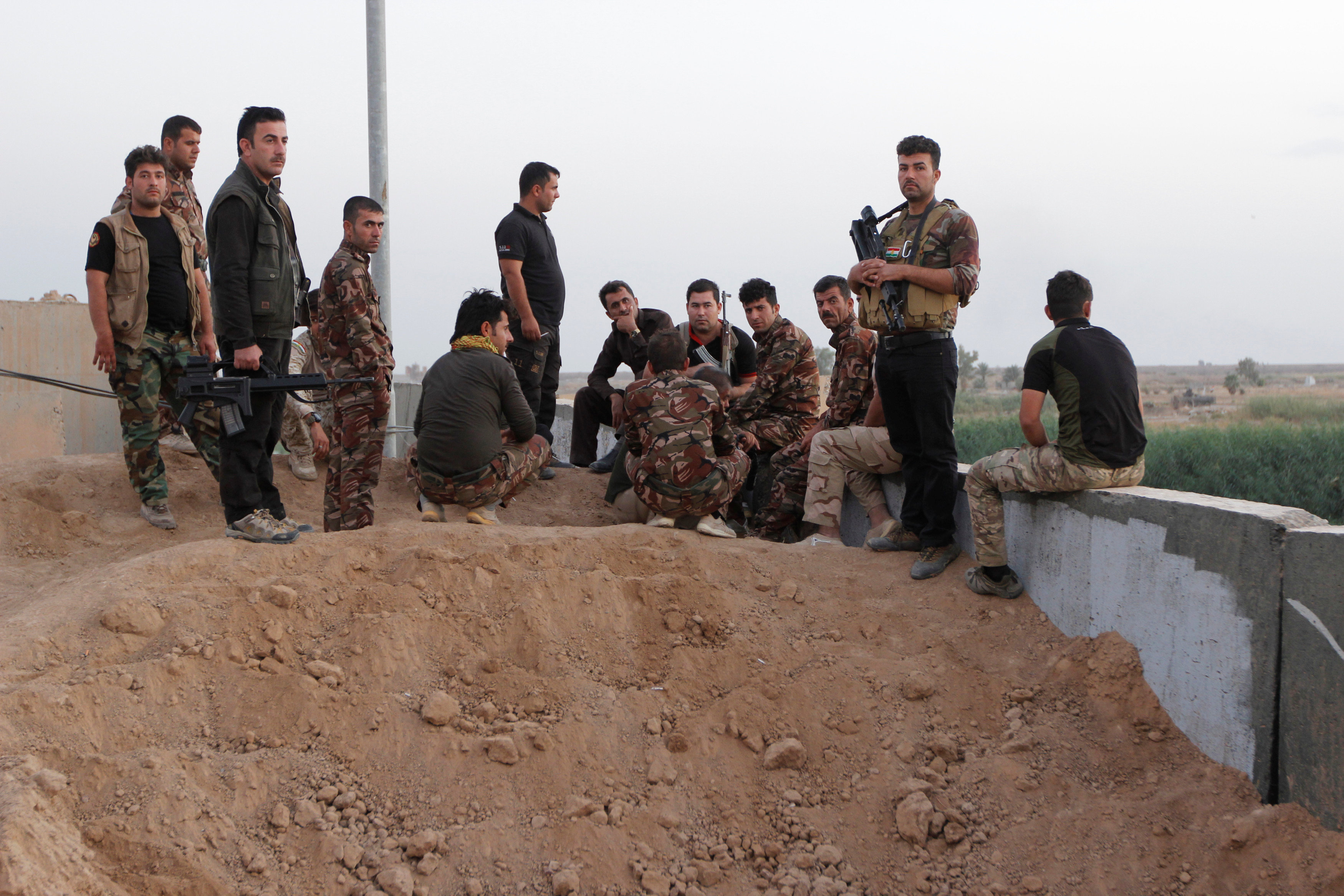 Baghdad: Kurdish Peshmerga fighters rejected a warning from an Iraqi paramilitary force to withdraw from a strategic junction south of Kirkuk, which controls access to some of the region's main oilfields, a Kurdish security official said on Sunday.
Iran meanwhile shut its border crossings with Iraq's Kurdistan in support of measures taken by the Iraqi government to isolate the Kurdish region, the Iraqi foreign ministry said. The border closing came as an Iranian military official arrived in Iraq's Kurdistan for talks on the growing crisis between the Kurdish authorities and the Iraqi government following last month's Kurdish independence referendum.
The Baghdad central government has taken a series of steps to isolate the autonomous Kurdish region since its vote for independence, including banning international flights.
Baghdad's tough line, ruling out talks sought by the Kurds unless they renounce the breakaway move, is backed by neighbours Turkey and Iran - both with their own sizeable Kurdish minorities, and in Turkey's case, a long-running Kurdish insurgency.
The top Kurdish leadership met on Sunday to discuss the crisis and rejected the Iraqi government's demand that it cancels the outcome of the independence referendum as a precondition for talks to resolve the dispute.
The vote delivered an overwhelming 'Yes' for independence.
The Iraqi government in a statement accused the Kurdistan Regional Government (KRG) of bringing fighters from Turkey's separatist Kurdistan Workers Party (PKK) to Kirkuk, describing the move as a "declaration of war".
In the statement, published after a meeting in Baghdad, chaired by Prime Minister Haider Al- badi and attended by top military and security commanders, the government said it would seek to impose its authority over Kirkuk and other disputed areas.
A spokesman for KRG President Masoud Barzani, Vahal Ali, denied the Iraqi government claims about the PKK. "This is false, there are no PKK in Kirkuk, only Peshmerga," he told Reuters, referring to KRG military forces.
The Kurdish leadership meeting, attended by Barzani, rejected the Iraqi "military threats" and pledged to defend Kurdish-held territory in case of an attack.
Iraqi paramilitary groups backing the government in Baghdad had warned the Peshmerga to leave a position north of the Maktab Khalid junction by midnight Saturday, a KRG security official said.
The Kurdish position north of the junction controls the access to an important airbase and Bai Hassan, one of the region's main oil fields, the KRG official said.
Ali Al Hussaini, a spokesman for the paramilitary groups known as Popular Mobilisation, did not give indications about their next move following the Kurds rejection of the warning . "We are waiting for new orders," he told Reuters.
There were no clashes reported 21 hours after the deadline but tension remained high with both sides mobilised.
Iranian Major General Qassem Soleimani arrived on Saturday in the Kurdistan region to hold talks about the crisis. He is the commander of foreign operations for Iran's elite Revolutionary Guards who provide training and guns to Popular Mobilisation
The city of Kirkuk, the airbase and their immediate surroundings, including the oilfields, are under Kurdish control.
Kurdish authorities said on Friday they had sent thousands more troops to Kirkuk to confront Iraqi "threats." Iraqi Prime Minister Haider Al Abadi has repeatedly denied any plans to attack the Kurds.
Popular Mobilisation is a separate force from the regular army and officially reports to Abadi. It is deployed alongside the army south and west of Kirkuk.
Kirkuk, a city of more than one million people, lies just outside KRG territory but Peshmerga forces were stationed there in 2014 when Iraqi security forces collapsed in the face of an IS onslaught. The Peshmerga deployment prevented Kirkuk's oilfields from falling into jihadist hands.
In Washington, U.S. Defence Secretary Jim Mattis said on Friday the situation had the full attention of the United States, which was working to ensure it does not escalate.
The United States has taken the side of the Iraqi government in refusing to recognise the validity of the referendum.