Death toll from Somalia bombings rises to more than 200 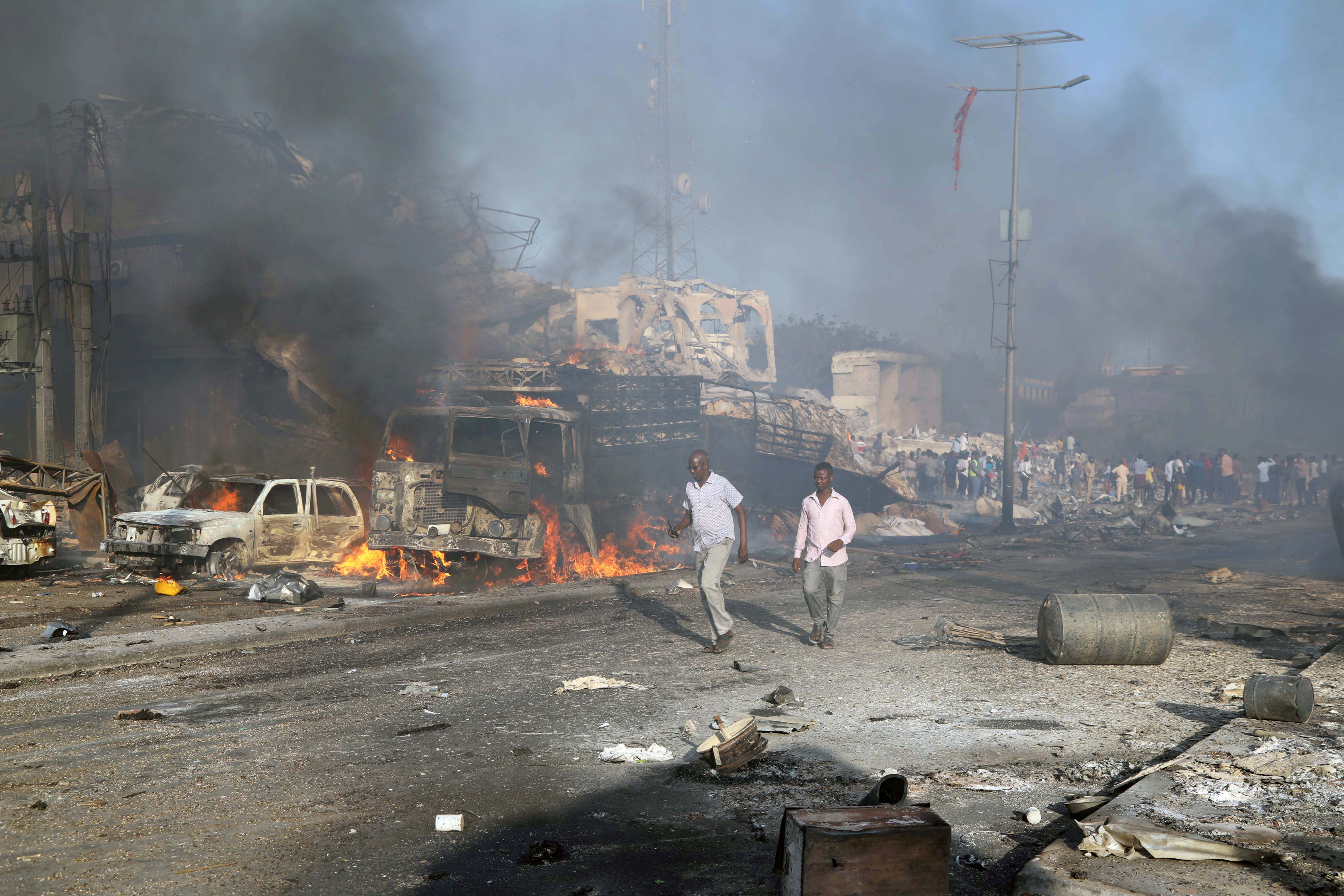 Mogadishu: More than 200 people were killed in near simultaneous bombings in the Somali capital and more than 250 people were injured, officials said on Sunday, marking the most deadly such attack by Somalia's Al Shabaab insurgency.
"We have confirmed 200 civilians died in yesterday’s blast. We understand the death toll is higher than that. Many people are still missing their relatives," Abdifatah Omar Halane, the spokesman for Mogadishu mayor, told Reuters.
A spokesman for the Aamin Ambulance service said it knew of more than 250 people wounded during the bombings on Saturday.