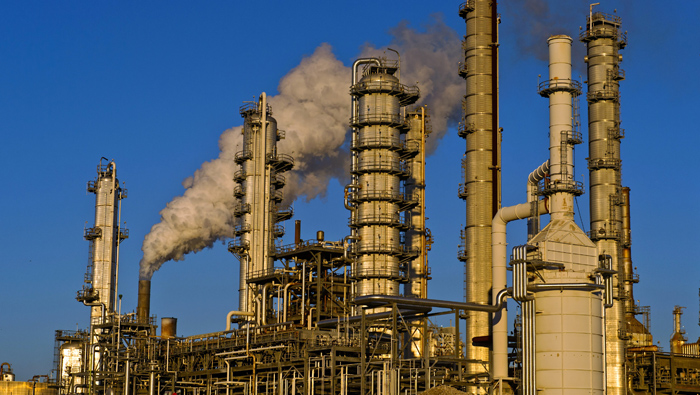 London: A month after promising cooperation that would re-balance global oil markets, the producer coalition forged by Saudi Arabia and Russia is having difficulty taking its first step.
Organisation of Petroleum Exporting Countries (Opec) members and rival producers have yet to decide when, or where, to hold talks on a proposed accord to freeze oil output, a strategy aimed at curbing the worldwide oversupply.
Dates and locations suggested by one producer — this month or next, in Moscow, Doha or Vienna — are promptly snubbed by another in the fledgling alliance. On Wednesday, the process received another setback when a gathering of Latin American producers scheduled for Friday in Quito, Ecuador, was pushed back.
Opec members and Russia reached a tentative agreement on February 16, their first in 15 years, to cap oil output to ease a crude-price slump that’s pummeled economies, markets and companies. Benchmark Brent oil has since recovered from the 12- year low it reached in January. While a production freeze alone is seen as inadequate to tackle the oil surplus, Saudi Arabia’s description of the deal as "the beginning of a process" spurred speculation that more concrete steps may be taken.
"It’s funny to hear almost each day the different dates, different locations or the lack of invitation for this producer meeting," said Giovanni Staunovo, an analyst at UBS Group in Zurich. "Talking about the freeze has been supporting prices, but talk is cheap. Even if a freeze is agreed, it won’t eliminate near-term global oversupply."
Brent, which has gained 14 per cent this month, rose 1.9 per cent to $40.82 a barrel at in Tokyo on Friday.
Welcomed by most Opec members, the pact struck between Saudi Arabia, Russia, Venezuela and Qatar also received some support from other producers. Azerbaijan is prepared to join the agreement, ANS TV reported, citing state oil Company of Azerbaijan President Rovnaq Abdullayev on March 6, while Oman’s oil minister described the deal as positive on February 23. Kazakhstan said in January that its production is already projected to decline this year.
Still, the initiative will have little impact on the global surplus without the co-operation of Iran, which is unlikely to participate, according to Commerzbank. Poised to restore as much as 1 million barrels of daily exports previously blocked by sanctions, Iran has dismissed the proposal as ‘ridiculous’.
There are other signs the accord may be fraying before it even begins, as countries that initially welcomed the idea push for bolder action. Freezing output is ‘insufficient’ given the scale of the oversupply, Algerian Energy Minister Salah Khebri said in Algiers on March 9. Ecuadorean Oil Minister Carlos Pareja said the planned Quito gathering of Latin American producers — now on hold — may have pushed for output cuts.
That would clash with the stated policy of Opec’s biggest member, Saudi Arabia, whose Oil Minister Ali al-Naimi said on February 23 that the freeze would not become a cut.
Quito postponed
Ecuador’s Pareja said the planned conference of regional producers would be postponed until late March or early April because of scheduling difficulties, according to government news agency Andes. Even if the region’s exporters agreed to cap supply, International Energy Agency data indicate there would be little impact on markets as output from most Latin American producers is set to stagnate or decline through next year anyway.
Getting to the next round of talks has been a tangled process.
Speaking at the IHSCera Week conference in Houston last month, Saudi Arabia’s Al Naimi said the process of devising a freeze agreement would continue with more discussions in March. Two weeks later, Nigerian Petroleum Minister Emmanuel Kachikwu said those talks would be held in Russia on March 20. While RBC reported the meeting would be in St Petersburg, Russia’s Energy Ministry said later that day no date or location had been decided.
On March 4, Russian Energy Minister Alexander Novak told state television channel Rossiya 24 that a meeting could take place between March 20 and April 1 in Russia, Doha or Vienna. In the interim he’ll travel to Iran on March 14, his spokeswoman Olga Golant said on Thursday.
"The meeting may not go ahead, there is the probability it will be inconclusive if it does go ahead and, whatever is agreed if there is an agreement, is unlikely to impress the market," said David Hufton, chief executive officer of brokers PVM Group in London.