On my mind: Flowers of acceptance 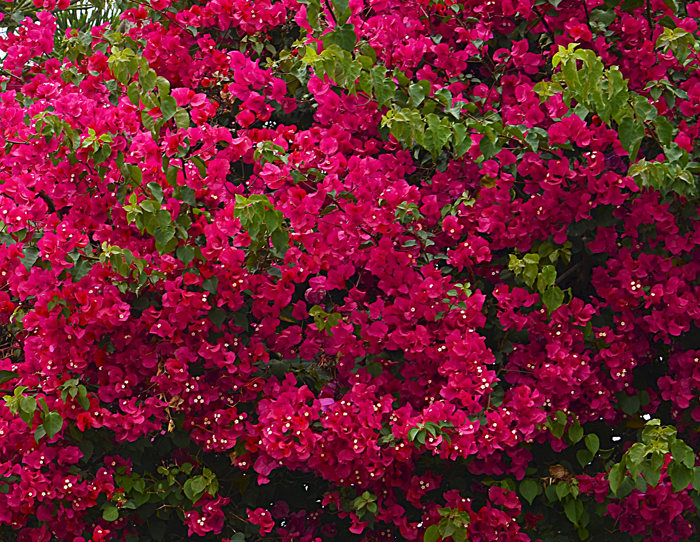 It was a most morbid sight. A beautiful corpse sprawled across the sun-kissed grass of my backyard. My mother gaped in absolute horror at its stiff carcass that already exhibited the preliminary indications of decay — its once brilliant pink colours marred with ugly brown blemishes. He observed from a distance as tears trickled down his sun-burnt face. He lifted his wrinkled, ridged hands to his eyes to wipe them off and attained a posture of mourning.
Over the years, my backyard has become an ossuary for many such victims. Yet this time, the unfortunate soul was one of my mother’s most treasured possessions — her bougainvillea. Planted more than a decade ago, my mother’s bougainvillea had become a permanent inhabitant of our garden and the most adulated plant in the entire neighbourhood. Its champagne pink and candy-red flowers provided perennial satisfaction to all those who walked past our home and it was the crowning jewel of my mother’s cherished garden.
After paying his due respects, the gardener picked up the withered plant and buried it in a most ceremonial fashion, reducing it to compost for the successor that would occupy its place. My mother, however, took a week to come to terms with the loss of her beloved morning-tea companion. To put it on record, the pink bougainvillea was the sixtieth fatality caused by our gardener, Rajan. Over the years, Rajan has killed ten rose bushes, five mango trees, sixteen melon creepers and twelve potato patches. Even my prized tomatoes were not spared.
Yet to say that he had homicidal tendencies towards our plants would be very unfitting. His absolute failure in his capacity as a free-lance gardener stemmed from his lethal gardening technique, abysmal sense of mixtures and proportions and complete lack of the knowledge that any reasonably competent gardener must have. A postmortem of the bougainvillea and a close inspection of the fertilizer bag revealed that Rajan had mixed six parts of phosphate with four parts of ammonia as opposed to two parts of phosphate and ten parts of ammonia, resulting in burnt leaves and rotten roots. Mystery solved.
By now you must be wondering why we have continued enlisting the services of a gardener whose ‘brown-thumb’ routinely caused irreparable damage to our backyard flora. The explanation is not rational, but emotional and goes fourteen years back in time.
My family had recently moved into our present home and we wished to revive our tradition of maintaining a garden patch. While reading a book on our balcony on a hot summer afternoon, my mother spotted a dark, lanky figure sipping water from our backyard hose. He was drenched in sweat from head to toe and his blistered hands suggested a life of hard labour. Uncomfortable at the prospect of a stranger venturing into our property, my parents called out to the man, who on hearing them apologised profusely. He claimed to be a free-lance gardener who felt compelled to quench his debilitating thirst from our alluring garden hose.
Moved by his sincerity and seeing an opportunity, my parents decided to hire him on a tri-weekly basis and designated him the official curator of our future garden. It was not till months later that we realised the true extent of his abilities - by then it was too late. The velocity with which Rajan weaved himself into the fabric of our household is a phenomenon that none of us have been able to decipher.
Was it his scrupulous honesty, his boundless enthusiasm, rainbow smile or genuine concern that made him an integral part of our quotidian existence? Or was it something more profound? From spontaneously offering to help us move hefty furniture to nursing my four-year-old self when I fell sick to surprising us with clean dishes on a long working day, Rajan lent more helping hands than the two he had to offer. Bit by bit and day by day, we grew fonder of Rajan and he of us till his prowess as a gardener and insatiable appetite and raucous snoring during his afternoon naps in the middle of our drawing room became irrelevant. He was almost a member of the household — an entity that maintained our equilibrium amidst the struggles of everyday existence.
Over the years, we have hired several ‘consultants’ to undo the damage inflicted by our dear gardener but have never dared to hire a new gardener. Perhaps it is our consciousness of the abject poverty his unemployment would subject him to or our respect for his sentiments that have obstructed any desire to relieve him of his duties as the care-taker of our shrubbery. Our complete acceptance of Rajan’s horrendous gardening capabilities have engrained in me the importance of family and community, no matter how one may choose to define them. As my horizons broaden and I forge new relationships, I encounter individuals whose competence, expectations or perceptions do not coincide or even wholly contradict mine. Yet in them I see Rajan’s jovial countenance, his undying optimism, and genuine affection and my acceptance of them flourishes. —[email protected]

The writer is Grade XII student of Indian School Ghubra