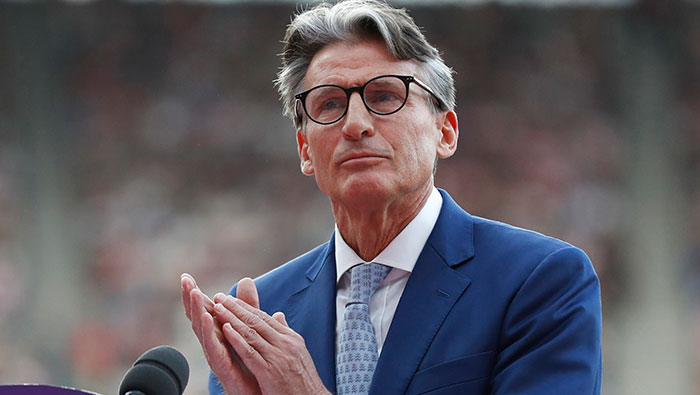 London: The 2019 Doha World Athletics Championships could have a very different look to this year's event, IAAF head Sebastian Coe said on Wednesday as he explained how the sport is embracing radical change in the fight to "stay relevant".
Established track and field events could be cut from the programme - though the former British politician was careful not to name any in the firing line - while some of the basic presumptions that have underpinned the sport for over a century are up for debate.
"Everything is on the table. Frankly, I’m not ruling anything out," Coe told journalists at the Leaders in Sport conference.
"The London World Championships was fabulous but is it sensible that it runs over 10 days anymore? Do we have fewer athletes? Do we concertina the World Championships to semis and finals?
"These are the things that are on the table and I don't want to remove them until we've had a possibly uncomfortable set of conversations. You're going to have to challenge a lot of the orthodoxies."
Coe addressed the conference on the subject of sports governance and said that he had been forced to spend his first two years in office as IAAF President "securing the foundations" of an organisation shattered by corruption issues that had dogged it for years and remain the subject of a French judicial investigation.
He said that the IAAF is now an example for all sports in terms of transparency and ethics and that now changes, which included him giving up many of the powers previously attached to the Presidency, had been put in place he is free to address athletics’ external problems. The former double Olympic 1500 metres champion has long recognised the shortcomings of the Diamond League and promised changes for next season.
He also said he had concerns over the sport's obsession with times, recognising that fans were more engaged by great racing. "There has got to be drama, nobody wants to watch a procession," he said.
A fan of city-centre events Coe said he was happy to look at suggestions from anywhere in his new crusade of keeping the sport "relevant" to the next generation.
"Over the next year our relentless focus on formats and the changes that we make in the sport has to be absolutely laser-like," he said. "Our season needs to make sense, we need a rhyme and reason to it. We really need a deep dive over the next two years so that we really do understand what that sport can look like and set it on the way for the next 30 years.
"For example, why are we wedded to a 400-metre track? Why can we not have pop-up 300m or 200m tracks in football stadiums?
"What about teams, cities, franchises? What about having the excitement of the draft, the IPL (cricket's Indian Premier League) auction? Those are the things that I really want to have on the table.
"We need to have some early moments of unease about what we are prepared to do and I think we have to be radical."