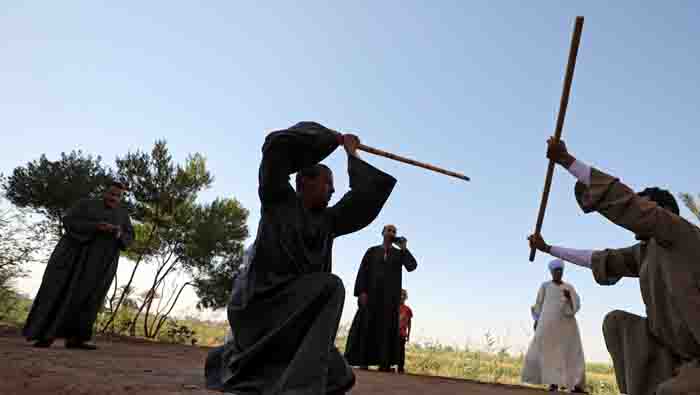 Sohag (Egypt): Turn the clock back just over half a century and a contest between two men in the ancient Egyptian martial art of tahteeb could see the loser injured, or even killed.
Today however, striking is no longer permitted in this form of stick-fighting, references to which were discovered written inside ancient Egyptian tombs.
In the city of Sohag which lies on the banks of Nile in central Egypt, one martial arts school is working to keep the ancient sport alive.
"Long ago, this game was violent, and about 60 or 70 years ago, it was similar to fighting games, because that was the era known as one of manhood," said Sabry Mohamed, who founded the International Centre for Tahteeb in 2012.
Tahteeb requires a great deal of skill and control, and there are rules which govern how to hold the stick and the kinds of blows permitted, some of which were aimed to be deadly before the martial art became a no-contact discipline.
Sabry has set his sights on organising international championships for the martial art.
"We can make use of tahteeb by forming an international body that can organise international championships and we'll benefit from this a great deal, monetarily, and also by spreading our culture and heritage to other people."