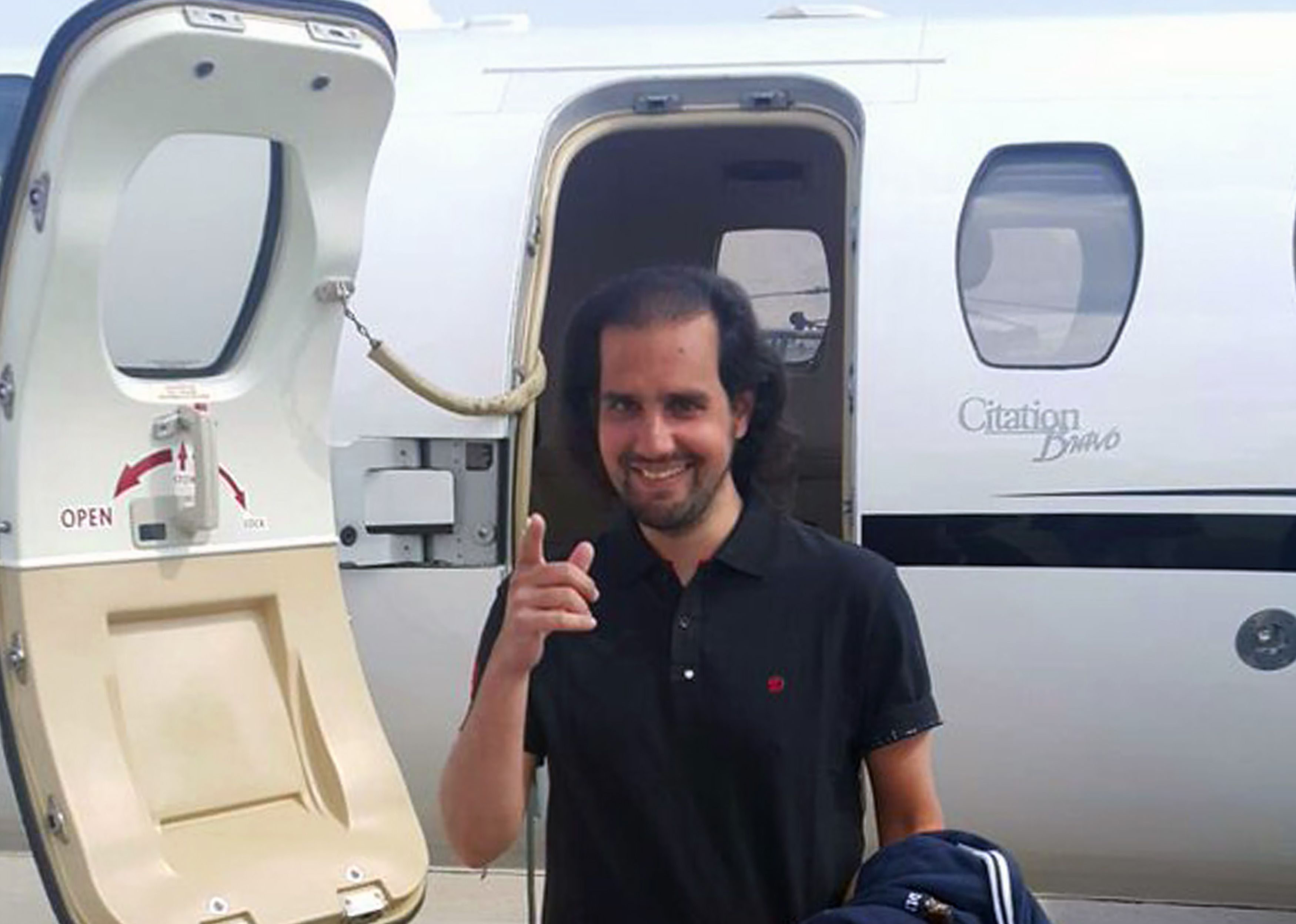 Lahore: The abducted son of a Pakistani governor who was murdered for criticising the country's blasphemy laws was reunited with his family on Wednesday, a day after his release and a little over a week after his father's killer was executed.
Shahbaz Taseer was flown to his hometown of Lahore from the southwestern city of Quetta, where he was recovered on Tuesday by intelligence agents more than four years after his kidnapping, Pakistani military spokesman Asim Bajwa said.
Taseer smiled broadly for cameras and gestured as he got aboard a chartered jet, images released by the military showed.
In later images, he was seen embracing family members.
In a tweet, Bajwa described Taseer's condition as "hale and hearty".
Taseer was met by family at the airport in Lahore, but did not speak to the press.
They left for their home under tight security.
Taseer, who is in his 30s, had been missing for more than four years after being abducted in Lahore months after his father Salman Taseer, then governor of Punjab, was killed by his own bodyguard over perceived blasphemy in 2011.
Mumtaz Qadri, the man who killed Salman, was executed in Rawalpindi last week.
His funeral was attended by thousands of supporters who considered his act justified.
Pakistan's army said Shahbaz had been rescued by intelligence agents in a hotel in the town of Kuchlak, 25 km (15 miles) north of the Baluchistan provincial capital, Quetta.
None of his captors was arrested and no other details of the operation were released.
Shahbaz Taseer was believed to have been kidnapped originally by extremist group Lashkar e Janghvi and later handed to Al Qaeda and then to the Pakistani Taliban, intelligence sources told Reuters.