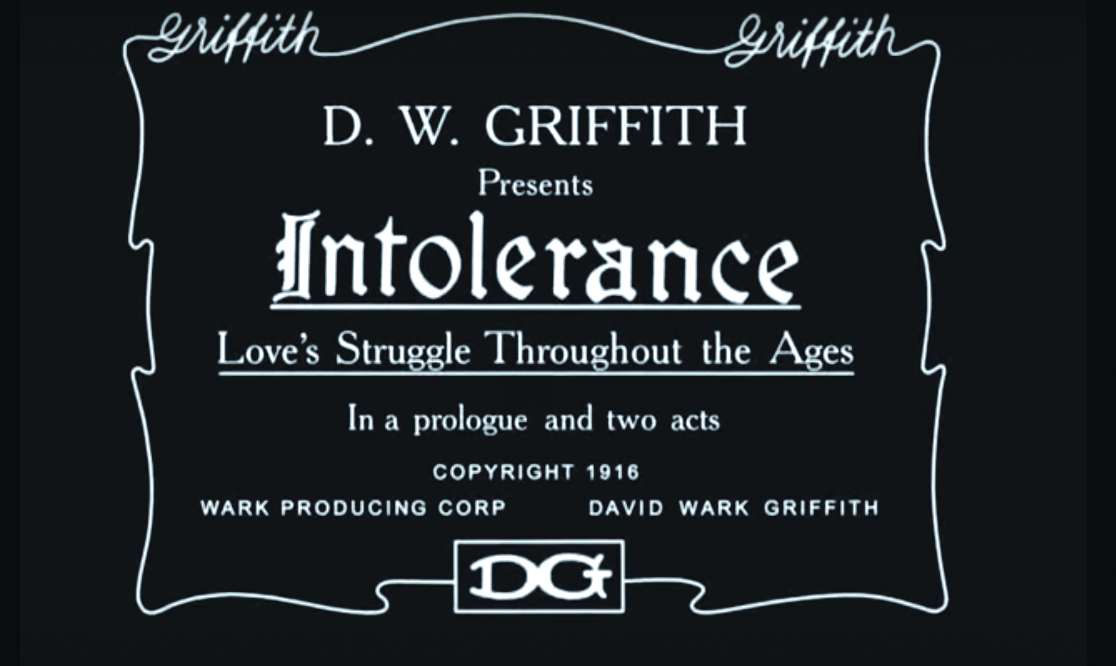 Story of the 20th century would have been different had there been no movies. The magical visual art has gone through the chisel and hammer of many talented movie makers, including David Wark Griffith, during the critical phase of its evolution.
Known as the inventor of Hollywood, D.W. Griffith was shot into prominence with his Birth of a Nation, released in 1915. Though he had created a visual spectacle at a time when the feature film was at its infancy, the movie was criticised for its racist tone.
Griffith, however, was not ready to be bogged down by the stormy waves. He reacted to it in the very next year through an epic visual narration, Intolerance, spanning across 2,500 years of history from Babylon to the modern era.
The movie made many future screen idols, including Lillian Gish, Mae Marsh, and renowned director Eric Stroheim. Being a spectacle in the silent era of cinema, Intolerance presented a complicated plot.
Griffith made use of the powerful screen language to narrate intolerance and hatred. The movie used crosscuts and emphatically redefined the role of editing as a creative process. His providence of artistry in direction made a sequential interplay between time and space throughout the 210-minute movie.
Intolerance is a colourful ride sans colours, and it tells four different and independent stories simultaneously. But what binds them all is the intolerance of mankind. The first story is about the ancient tale of the Babylon, and the second one portrays the destruction of kingdom of France in the time of Charles II. The life and death of Jesus is the third story while a modern day drama with personal elements makes the fourth story.
Lillian Gish, the actress who played a key role in the movie, had recounted in a television interview: “Griffith proved his ability to handle humanity before the camera. He knew the psychic strength of a lens.”
The movie uses long-held shots and full-figure framing in majority of the scenes. Interestingly, many of the characters didn’t carry any names. They are depicted as ‘mountain girl’, ‘the boy’ or the ‘dear one’.
Frank Huck Wortman was the creative brain behind the huge sets erected in Hollywood and Highland Centre in Los Angeles. It also became one of the most expensive films of that time as a huge amount was utilised to create sets of the Babylonian sequences. The Babylon’s fort walls were more than 300 feet in height that could even pass big chariots. The whole structure was made of plaster.
Griffith was immensely passionate about his childhood and rural lifestyle of Kentucky and he had tried to bring the natural beauty and traditions of the land in the movie. Started as a playwright and actor, he opted for direction since he breathed cinema in every moment of his life. His strides were etched on the history of cinema, and little wonder, then, that cinema enthusiasts still reckon him as the pioneer of creative filmmaking.
(The writer teaches communication at Sur College of Applied Sciences)