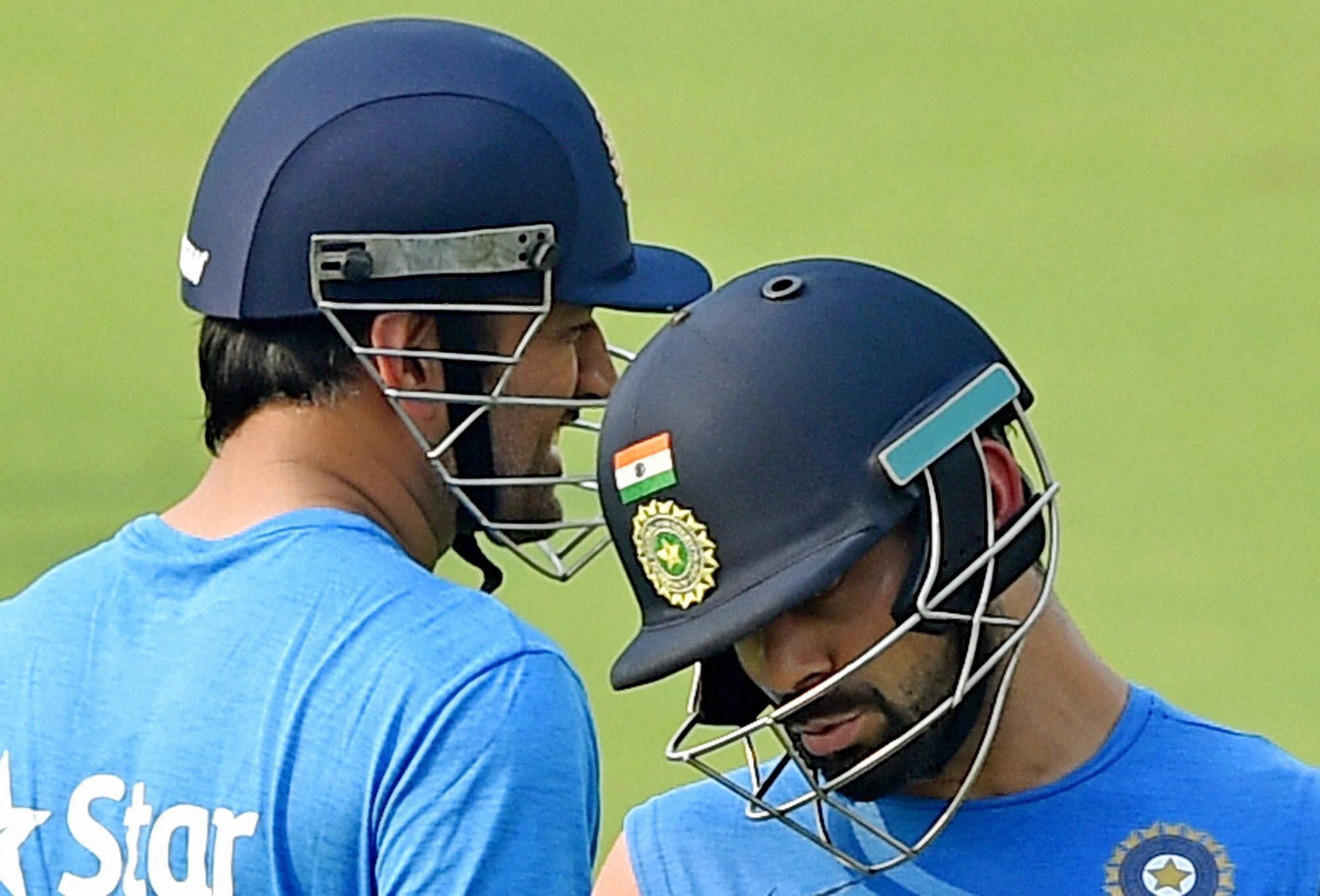 Kolkata: Their combination more or less settled, India will look to get some much-needed practice and attain perfection in all departments when they take on an under-prepared West Indies in the ICC World Twenty20 warm-up fixture here on Thursday.
India are in the middle of a dream run having won their sixth Asia Cup title recently after series wins in Australia and at home against Sri Lanka.
Since it's a warm-up game, a little bit of spotlight will be on Mohammed Shami, even though the chances of the pacer making it to the XI when the tournament proper starts looks very grim.
India's frontline pacer less than a year back, Shami is struggling to return following a surgery on his troubled knee and failed in his brief attempt during the Australia tour earlier this year when he pulled a hamstring.
His fitness will be assessed during the course of the two warm-up fixtures, against the West Indies and South Africa in Mumbai on March 12.
Jasprit Bumrah along with old warhorse Ashish Nehra have formed a potent pace attack with seaming allrounder Hardik Pandya and the bowling attack has left skipper Mahendra Singh Dhoni 'relieved'.
Bumrah and Pandya shared 25 wickets between them in 11 matches. During this period, India have lost just one game and won a bilateral T20 series in Australia, against Sri Lanka here and lifted their sixth Asia Cup in Bangladesh recently.
Boasting a healthy strike rate of 147.61, Pandya is also proving to be handy with the bat and is often promoted up the order.
There will also be opportunities for the likes of Ajinkya Rahane, Harbhajan Singh and Pawan Negi who have often warmed the bench with their winning combination in place.
Champions of inaugural edition in 2007, India and 2012 winners West Indies are the top two T20I sides but contrary to the hosts who have had 11 matches to the build-up, the Caribbeans are short on practice.
Their last T20I engagement was a two-match drawn series in Sri Lanka in November last year and they had a week-long camp in UAE where they played practice matches against Zimbabwe and county side Warwickshire.
The Windies cricketers, being the most sought-after in T20s, have been playing all over the world in different franchise leagues. "We have 15 match winners in our team. When I see the dressing room with the likes of Chris Gayle, Dwayne Bravo, Andre Russell, my job becomes easy," skipper Darren Sammy said.
"When the next edition happens (in 2020) many of our players would not be around, so the winning the title means a lot to us, it will give a massive boost back home," the 2012 World T20 winning skipper added.