Tributes to Georgian climber who died in Oman's Wadi Mistal 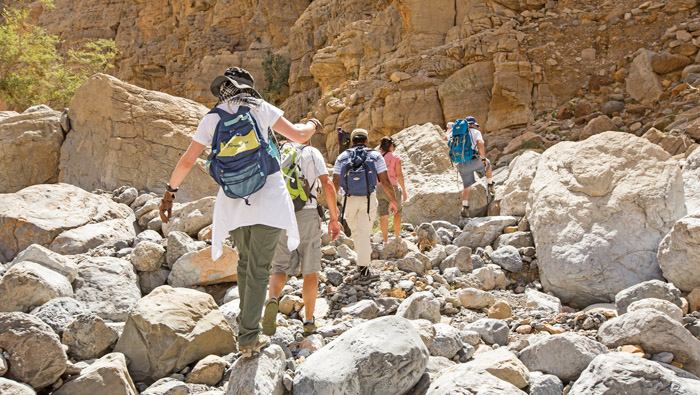 Muscat: Tributes have been paid to a much loved mountaineer who died while climbing in the mountains of Oman. Irakli Gramatopulo, 25, was climbing a mountain in Wadi Mistal when he accidentally fell on Friday.
Read here: Man dies after falling from mountain top in Oman
A Georgian national, Gramatopulo died after falling from a mountain top. “Rescue teams from the Department of Civil Defence and Ambulance in Southern Al Batinah received a report of a person, who fell from the top of a mountain in Wadi Mistal in the Wilayat of Nakhl,” the Public Authority for Civil Defence and Ambulance (PACDA) said.
“The rescue team was able to reach him and get him off the mountain, but he was already dead,” added PACDA.
Gramatopulo used to work as an instructor at the Little Gym Muscat. “He was very popular among the children and the little ones loved him very much,” the owner of Little Gym Muscat, Nashia Nasib said.
“He was a valued member of our team since we opened in June 2016, and will be missed. The Little Gym Muscat was closed on October 1, in his memory. Our thoughts and prayers are with his family. He was such a kind and caring instructor. He will always be remembered,” she told the Times of Oman on Monday.
His friends said Gramatopulo used to love climbing so much that every weekend he used to go out to climb mountains. “He was a very enthusiastic and gifted mountaineer, but we don’t know what went wrong this weekend,” another said.
A PACDA official said: “There are a number of safety requirements that climbers must follow, It is important to follow the safety tips during climbing, to always inform someone who is not with you in trip of where are you going and make sure you always have some way of communication.”
“It is very important to always be aware and cautious when choosing a place for climbing; stay away from the idea of being adventurous. We have many tourists who come to Oman and fall in love with the beauty of its mountains, but sadly they do not realise the nature of the place and this many times, leads to their fall, because some of the mountains in Oman are not stable, and so people must be well informed about the mountain they wish to climb,” the official said.
He added: “Location is also significant for transporting patients, someplace we can reach with the helicopter, but for others, it is more difficult as we have to walk, and you can imagine if it’s hard for us to walk simply to get to the point, then transporting the injured will be even harder. Climbers much take these things into account.”
Earlier this year, emergency forces in Musandam, rescued a man after he fell and was trapped on the slopes of a mountain near Khasab. The man was found to be in a critical condition when rescued.