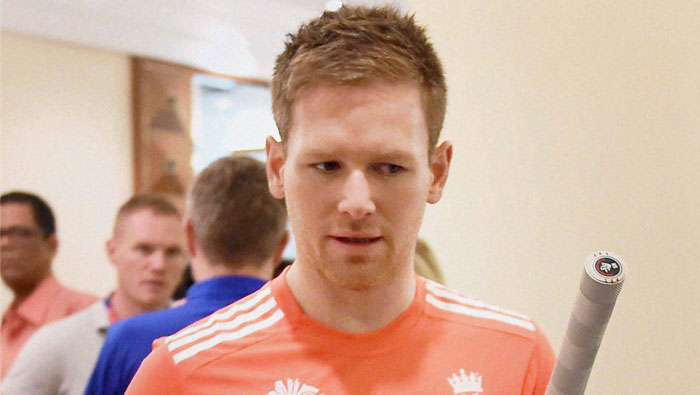 Mumbai, India: The current England squad has been the most expressive in a long time and players are encouraged to be as brash and aggressive as they can on the field, limited-overs captain Eoin Morgan said on Wednesday as he prepares his side for the World Twenty20.
England have looked a completely different proposition in one-day internationals and Twenty20 cricket in the 12 months since their humiliating group stage exit at last year's 50-over World Cup in Australia and New Zealand.
The team were then roundly criticised for being too old fashioned in their approach to short-format contests but Morgan's youthful side have since displayed the freedom and exuberance England fans had craved for years.
"I would say, it's the most expressive we've been in a long time. The evidence is the significant totals we have put with our bat," the 29-year-old Ireland-born cricketer told reporters.
"I think we've scored 350 twice or three times and we've definitely chased it down once. I think we had six consecutive times scoring 300, which is a huge step for us. We've scored 400 once.
"And it's no coincidence. We have a lot of talent within the side, we encourage our players to go out and be as brash and aggressive as they can and take the game to the opposition."
England defeated Pakistan in a one-day series and three Twenty20 contests on the slow pitches in United Arab Emirates in November and were also impressive in defeat against South Africa in both formats last month.
Freedom of expression
All-rounder Ben Stokes, a chief exponent of England's fearless cricket, assured the team will continue to play the same brand of cricket during the World Twenty20 in India.
"I mean it's worked. (coach) Trevor (Bayliss) and Morgan gave us that freedom and even (test captain Alistair) Cook in tests," Stokes said.
"We are playing this attacking, positive brand we have probably been talking about the last two-three years but we have only started doing that in the last 12-18 months.
"It's obviously worked for us, so why stop doing it? We got a bit a criticism in South Africa for the two (Twenty20) games we lost but we won six before that."
Morgan said his players would probably be at a slight disadvantage for not playing in the Indian Premier League but hoped they could make up for it with the recent experience of touring the Middle East and Sri Lanka.
"I think it (not playing IPL) just becomes a different challenge," Morgan said, while picking hosts India as his favourites for the World Twenty20. "Not only have our guys not played the IPL a lot of our guys have never been to India.
"But we have guys who have toured Sri Lanka quite a lot, been on a recent tour to Dubai and Abu Dhabi, where we had a little bit of success."
England open their campaign against 2012 champions West Indies in Mumbai on March 16 before facing South Africa, Sri Lanka and a qualifier in Group 1 of the Super 10 stage. The top two sides will advance to the semi-finals.