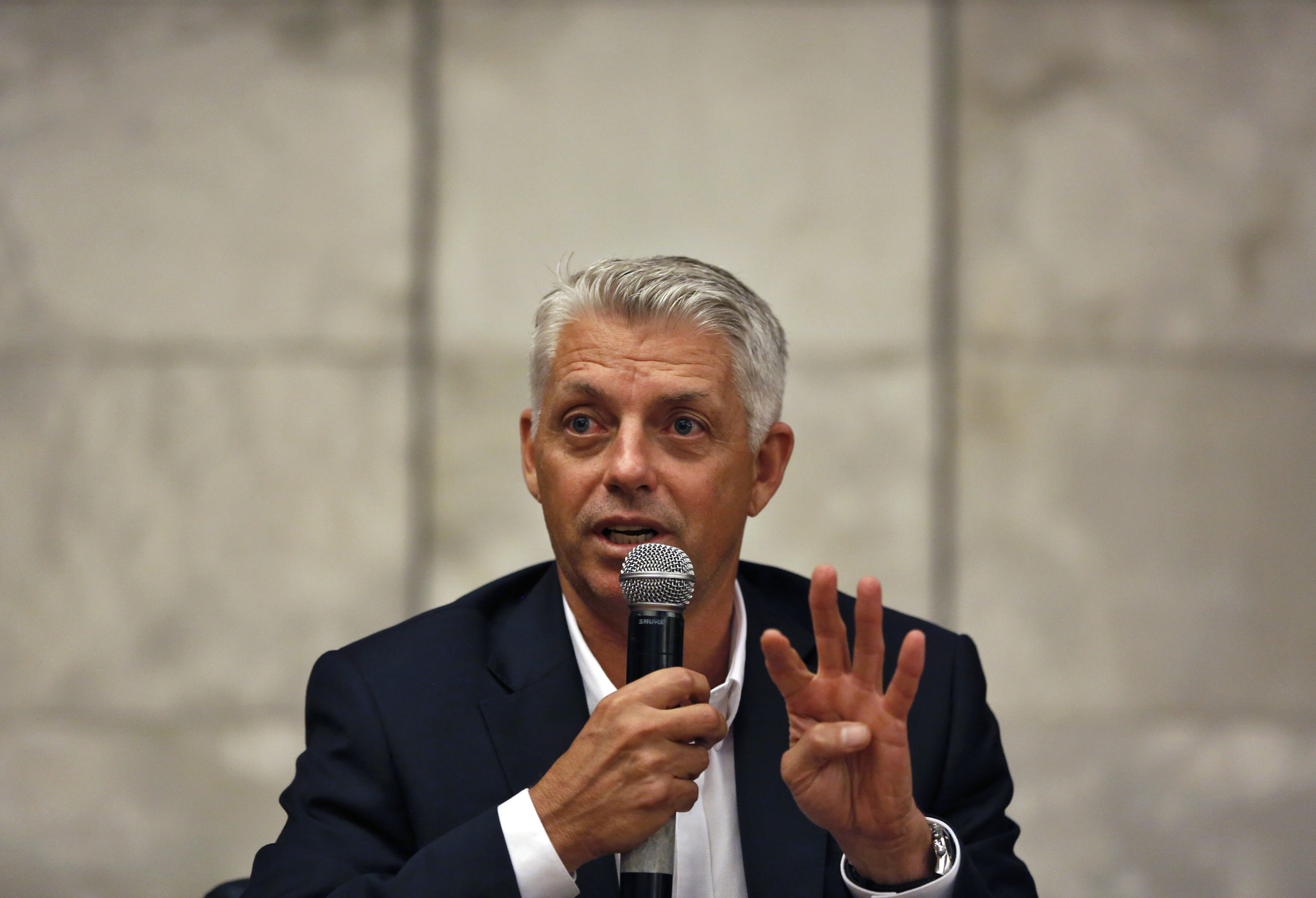 New Delhi: The marquee World Twenty20 clash between arch-rivals India and Pakistan was on Wednesday shifted to Kolkata from Dharamsala in view of security concerns, putting an end to the uncertainty and suspense over the fate of the high-profile match.
After days of hectic activities and inspection by a Pakistan security delegation, the ICC finally announced the relocation of the match to the iconic Eden Gardens where Pakistan will be based for the initial stages of the event.
"A decision has been taken to relocate the India-Pakistan match from Dharamsala to Kolkata due to security reasons. The match will now be played at the same time and date (March 19, 7:30pm)," ICC Chief Executive Officer Dave Richardson said at a press conference.
"The concerns initially arose following alleged public comments recently reported by the Chief Minister of Himachal Pradesh, warning of demonstration and attempts to disrupt the peaceful conduct of the match. Our concerns relate both to uncertainty as to the level of those threats as well as the level of commitment to implement any security plan developed to mitigate such treats," he said explaining the decision.
The match ran into trouble after the Himachal Pradesh government expressed its inability to provide security for the match, leaving the BCCI in a bind with Board Secretary Anurag Thakur saying that the state should not play politics.
Richardson said they were not left with any other choice but to move the match out of the hill city.
"The decision was not taken lightly. The ICC and the BCCI understand the disappointment that is likely to be felt by many over the decision to move the match. But the safety and security of the event is of paramount importance to the ICC and we have taken into consideration the concerns shared with us by our security advisors as well as Pakistan Cricket Board," the ICC CEO said.
"Finally, I would like to confirm that the ICC has been assured by all relevant state authorities that all adequate security measure are in place and will be implemented to ensure that the event is staged in a safe and secure environment for all stakeholders."
The PCB had on Tuesday, written to Richardson asking to consider an alternative venue for the marquee match. They proposed Kolkata or Mohali as a replacement for Dharamsala.
The ICC CEO said they have conveyed the relocation of the match to the Pakistan Cricket Board (PCB).
"Our decision have been conveyed to the PCB and they would advice the government of the decision. In India, it is the state which develops the security plans and we have been given assurance by all the state associations and the security plans will be implemented," he said.
Asked if the BCCI or state association (HPCA) would face any sanction, Richardson replied in the negative. "We understand the circumstances. India is a big and complicated country and there are challenges with every ICC event. It is the best decision to shift the match to Kolkata.
It's not unprecedented. It's unfortunate these concerns were raised. It was better if raised early. It's a difficult decision. We wanted to stick to the original plan but we were forced into (relocation),"Richardson said.
"ICC has not lost faith in India. There are huge logistics challenges. There are 59 matches in total, across eight venues. And first time with women matches are also being held (with men's event).
"It is too early to take any disciplinary action against state association. If we didn't have the match then we would have had more grounds but here we have relocated the match and it was the best option," he said.