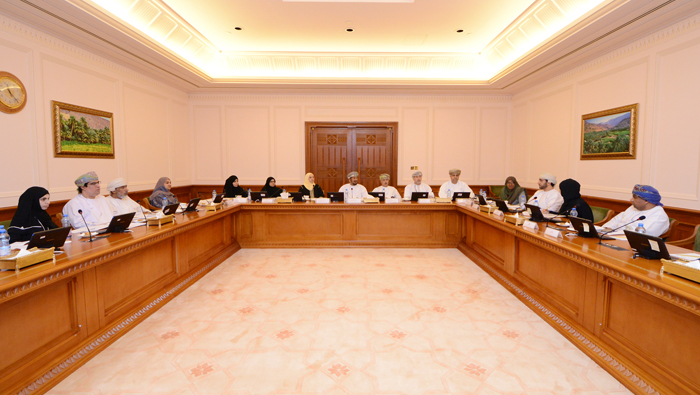 Muscat: Some people on benefits have become so reliant on government handouts that they avoid risking that security by searching for jobs, a top official from the State Council Committee said.
The Social Committee of the State Council hosted officials from the Al-Rafid Fund as part of its study of the development of the social security system.
“The challenges we face include people, who are not willing to take risks or try to look for other means of finance, because they already receive welfare, and so we need more awareness and clarity on this issue,” said Dr. Hamad Al Salami, head of the social committee.
“Our study is on the advancement of the social development system, in the meeting we discussed ways in which we could help social security families, and how the means that are available to Al-Rafid could help such families,” added Al Salami.
The fund’s financing package was also presented to advisory services, additionally investment advice was given to applicants from the Social Security category to provide funding for their projects.
“Al Rafid helps everyone, but we were focused on families who rely on social security, we are hoping that they will meet this category and help them and give them an overview of different priorities,” Al Salami added.
The meeting also discussed the future vision regarding the fund’s support for social security projects, the challenges facing these projects and ways to overcome them, in order to boost its role.
“Our plan is to submit this study, which will hopefully end soon, to the State Council for adoption and recommendation, if it is approved then it will be submitted to the Council of Ministers. We hope this study will benefit the social security system,” said Al Salami.
The aim is to provide funding for projects, which are economically feasible and can earn a rewarding return for these families.
“We hope to increase the support for the fund and to teach families who rely on social security to rely on themselves,” said Dr. Al Salami.
The Social Committee of the State Council, in the context of its study of the development of the social security system, has already hosted officials from a number of relevant bodies, including the Ministry of Social Development, Oman Charity Commission, the General Authority for Craft Industries, the General Authority for Small and Medium Enterprises.
The purpose is to assess the performance of the total system of social security in the Sultanate from the perspective of the represented bodies and the challenges and solutions proposed for development. The committee has been working on this study among others, for the past two years.