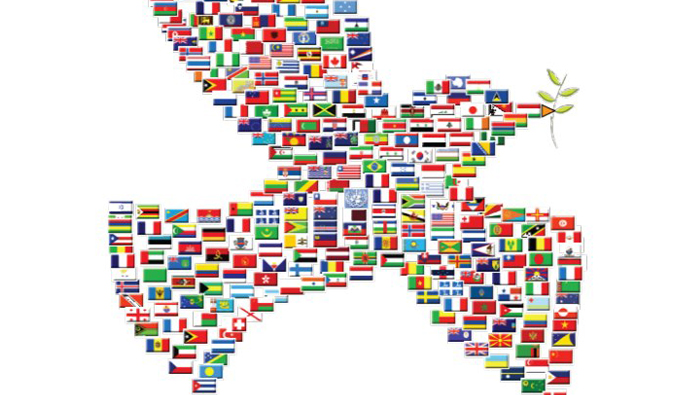 Muscat: Residents in Oman will be able to learn the lessons of peaceful coexistence and brotherhood from some of the region’s leading representatives for peace, when the Sultanate celebrates the International Day of Non-Violence on October 2.
Several high-ranking Omani dignitaries, and ambassadors of various nations in the country, will be congregating at the Sur Ballroom in the Muscat Holiday Hotel to pay tribute to the principles of peace and understanding.
Originally the birthday of Indian freedom fighter Mahatma Gandhi, the United Nations (U.N.) has decreed that October 2 will now be internationally celebrated as the International Day of Non-Violence, as a tribute to his efforts and sacrifices.
“Oman has always been a peace loving nation and this is the path that has always been chosen by its leader His Majesty Sultan Qaboos bin Said, so we realised the importance of honouring this day in the country,” said BK Gayathri of the Raja Yoga Centre for Self-Development, which is organising the event in Oman, with assistance from the Indian Embassy in Muscat.
“We will have many Omani government representatives, as well as ambassadors from many other countries, as well as a Middle Eastern representative to the U.N.,” she added.
“She will be our keynote speaker on that day, and will speak about the importance of cooperation in today’s world.”
“Today, the world is not in a good situation because of all the problems that are taking place,” explained Gayathri.
“Every day, people are tense about what their future will be like because they do not know what it will bring. This is why, we ask people to come here so they can learn about solving problems in a peaceful manner.”
“I also want to thank the Indian Embassy, because the present ambassador was very keen to support us,” she added. “He too believes in the principles of non-violence, and because it is also the birthday of Mahatma Gandhi, he was happy to lend us his support.”
Having operated in Oman for more than 16 years, the Raja Yoga Centre also began its “Seven Billion Acts of Kindness” initiative, recently.
“It is often said in psychology, that if you want to cultivate any habit, you must do it continuously for 21 days,” said Gayathri.
“That way, it becomes a part of your system and you begin to do it subconsciously. This is why have begun this new campaign, to motivate people to perform acts of kindness for each other.”
“If everyone helped each other by doing kind acts, the world would be a much better place and we would be able to live with each other in a very peaceful manner,” she added.
“We would like to ask people in Oman to perform at least three acts of kindness every day, so that this becomes a part of who they are, and in the future, they can help and influence others to contribute to a better society.”