Aamir takes a break from Thugs... to promote Secret Superstar 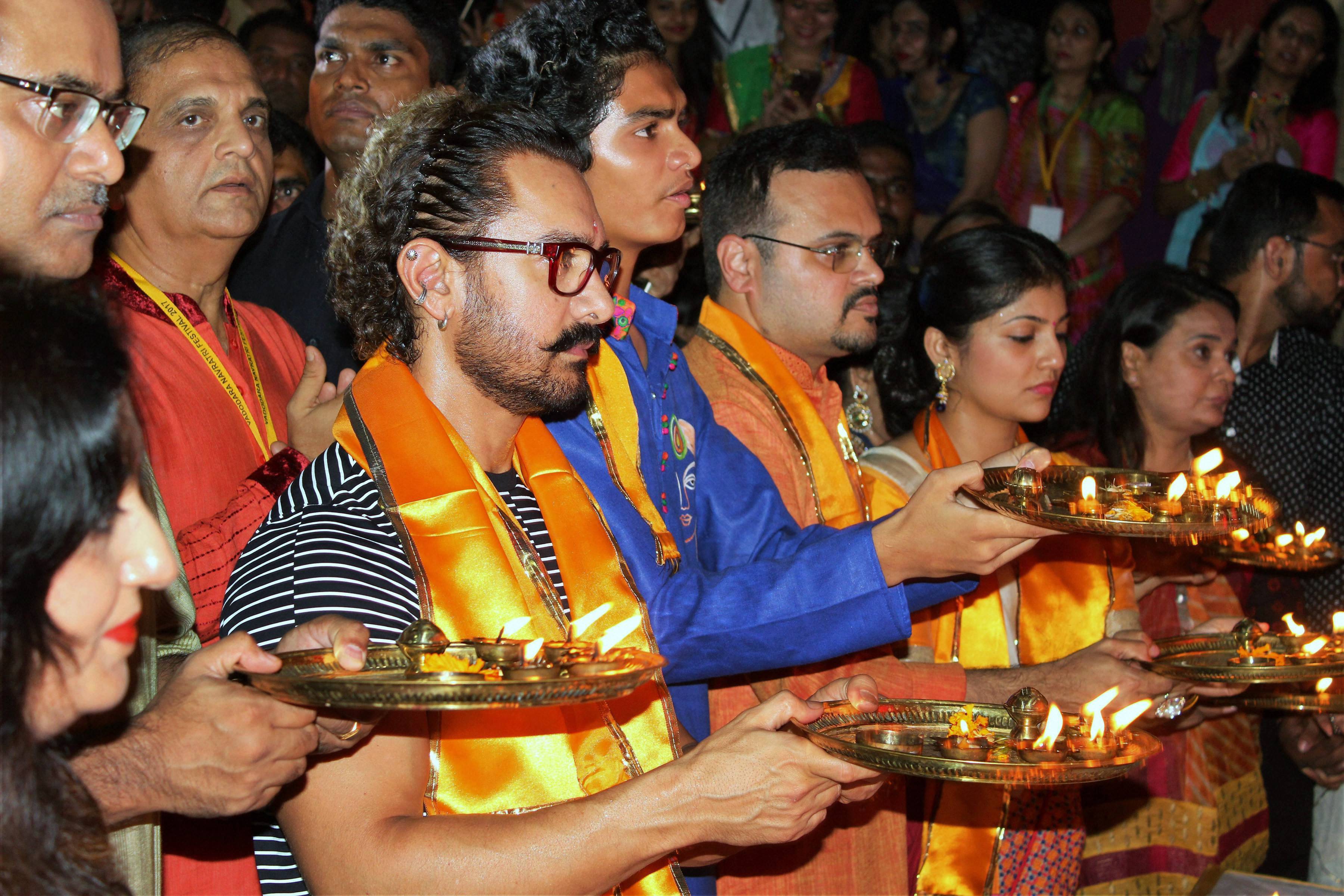 Mumbai: Superstar Aamir Khan said his upcoming production "Secret Superstar" is his priority right now. The 52-year-old actor, who also features in the film which stars "Dangal" actor Zaira Wasim in the lead, said he will commence the shoot of his next "Thugs of Hindostan" after the release of "Secret Superstar".
"'Thugs Of Hindostan' takes a back seat now, as I dive 100 per cent into 'Secret Superstar' from today!" Aamir tweeted.
Directed and written by Advait Chandan, the film chronicles the story of a teenager (Zaira) who aspires to be a singer.
Aamir recently visited Vadodara to promote the movie and also attended a Navratri Garba Festival in the city. The movie will hit the theatres on October 19.