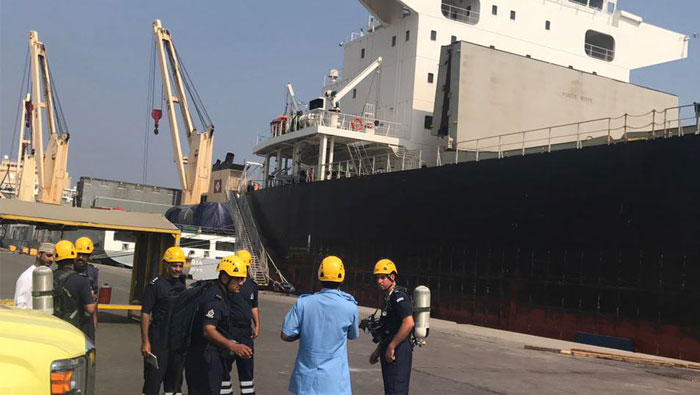 Muscat: Three people died from suffocation on a cargo ship, the Public Authority for Civil Defence and Ambulance (PACDA) said on Sunday.
“These people got trapped after they fell inside a storage compartment of a cargo ship, which was anchored at the port of Sohar,” PACDA tweeted.
“The accident resulted in the death of three Asian nationals, who died due to suffocation after inhaling the chemicals used to preserve wood inside the ship,” PACDA added. In a statement, Sohar Industrial Port Company (SIPC) said: “It is very sad to announce the unfortunate death of three workers due to an accident onboard a general cargo ship in the port on Saturday evening at 9.30 p.m.”
“This was an isolated incident and did not have any further safety or environmental impact on other people onboard the ship, in the port or in the surrounding communities.
“Our thoughts and prayers go out to the families of the deceased at this difficult time. SIPC is working closely with the concerned authorities to investigate the precise cause of the accident. SIPC reaffirms its commitment to upholding the highest standards of safety in all port operations,” it said.