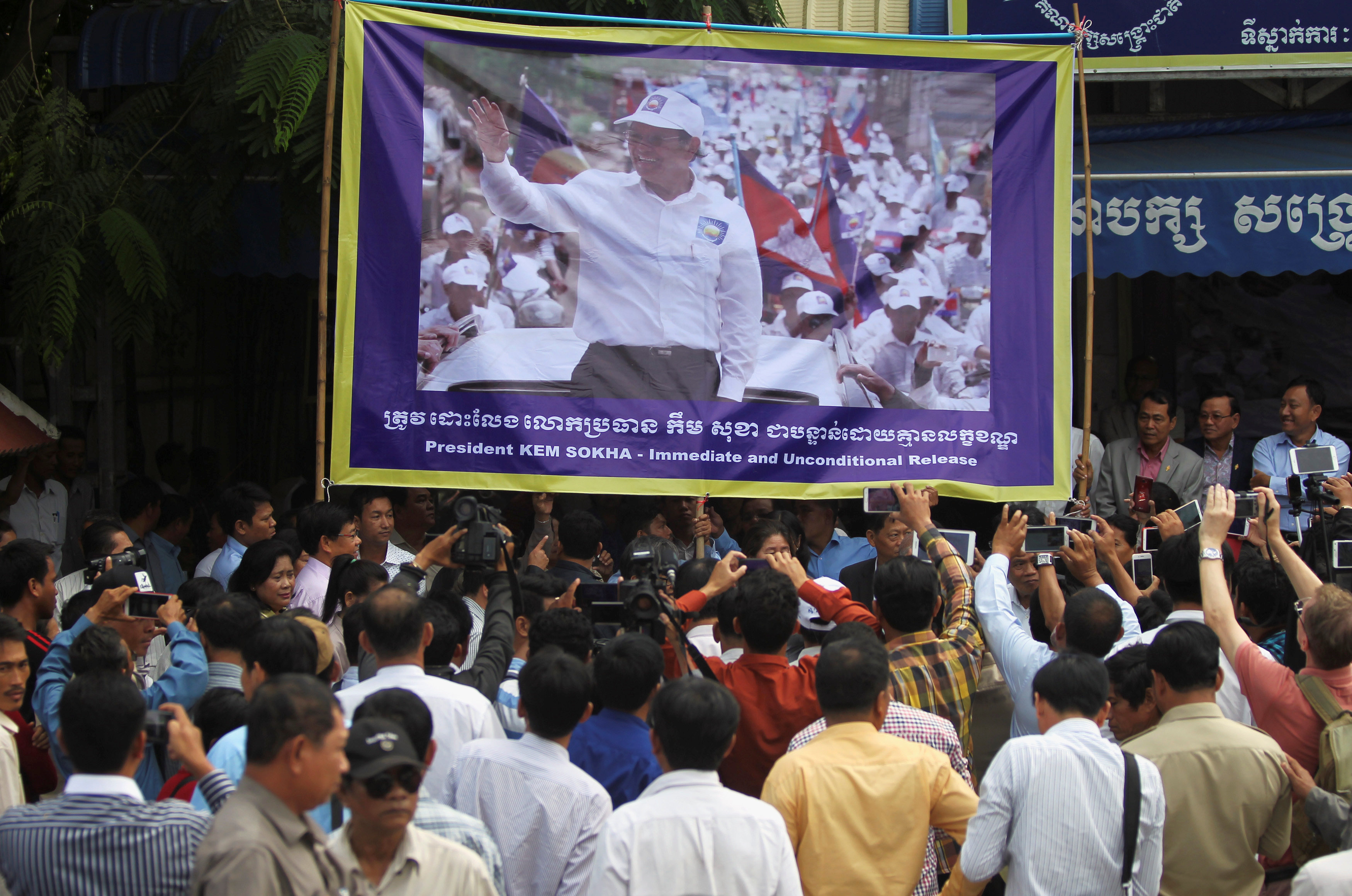 Phnom Penh: Cambodia's main opposition party on Monday put up banners around the country calling for the release of its detained leader Kem Sokha in a challenge to the government of Prime Minister Hun Sen, which has accused him of treason.
Kem Sokha, the leader of the Cambodia National Rescue Party (CNRP), was arrested on September 3 and charged with plotting against the state.
Western countries and human rights groups have condemned the arrest and said it raises severe doubt over whether next year's general election can be fair. In the ballot, Hun Sen could face his greatest electoral test of more than three decades in power.
The party's banners, which have a picture of Kem Sokha waving from a vehicle during the last election campaign in 2013, called for the leader's "immediate and unconditional release."
Hun Sen has said the opposition must drop Kem Sokha and choose a new leader or face a total ban.
"We will put up the banners, not just here, but we will put up banners at our branches in provinces," said Pol Ham, a deputy leader of the party.
Son Chhay, another senior member of the party, said the crisis was worsening and talks were needed to resolve it.
The evidence presented against Kem Sokha so far is a video recorded in 2013 in which he discusses a strategy to win power with the help of U.S. experts.
Hun Sen says his rival was getting help from the United States. The U.S. embassy has rejected any suggestion of interference in politics.
Government spokesman Phay Siphan said the opposition party's banners amounted to pressure on the court and an attempt to interfere with its work.
"This is unacceptable," he said.
A court is scheduled to hold a hearing to determine the legality of Kem Sokha's detention on Tuesday.