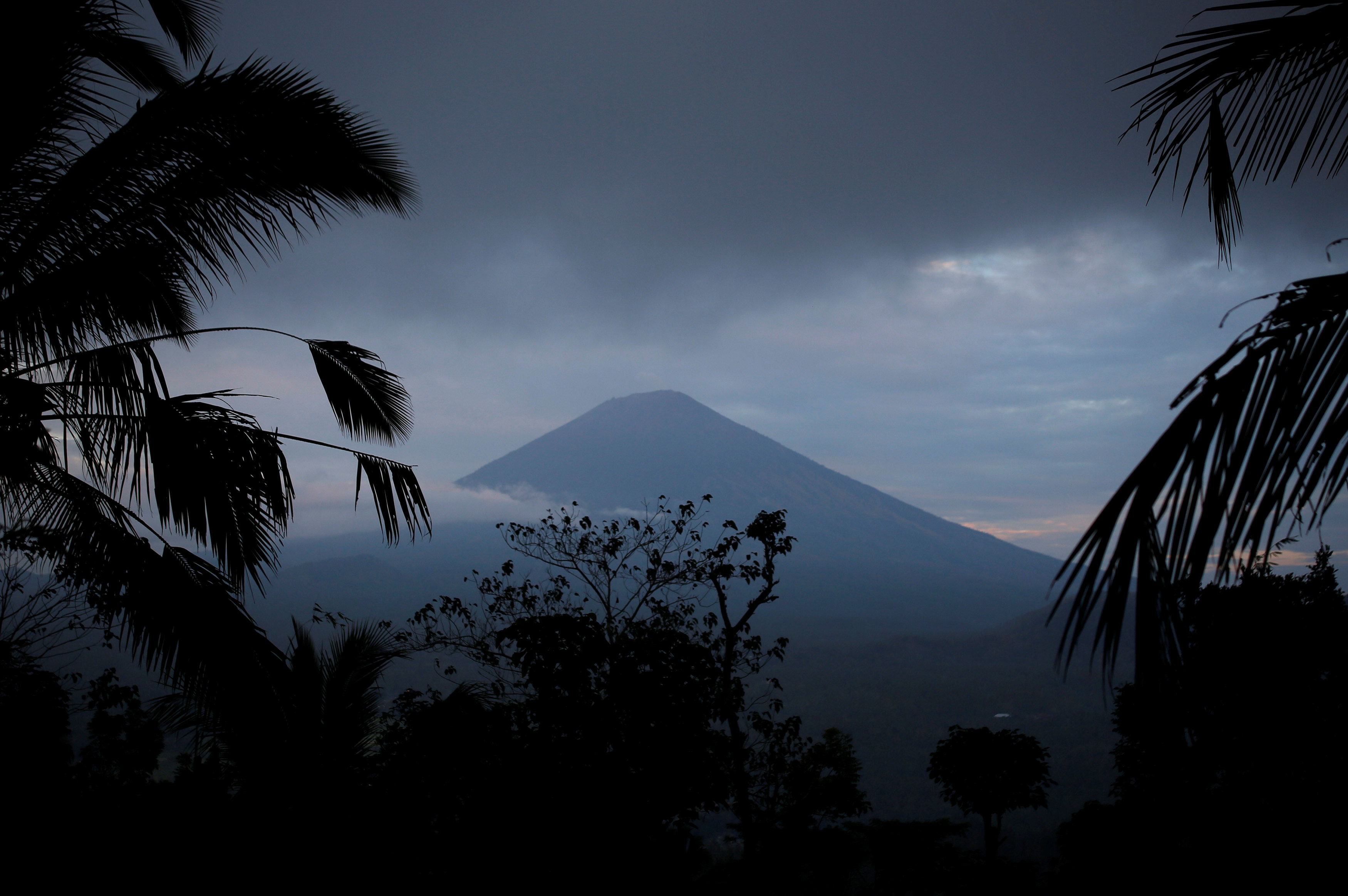 Karangasem, (Indonesia): Fears that a volcano could erupt imminently on the holiday island of Bali prompted several countries to issue travel warnings, while Indonesian authorities raced to evacuate tens of thousands of people living in the "danger zone".
Australia, New Zealand, Singapore, the United States and the U.K. issued advisories on Monday and at the weekend warning that increased volcanic activity at Mount Agung in eastern Bali could disrupt flights at one of the world's most popular tourist destinations.
"Given the possible eruption of Mount Agung, Singaporeans should defer non-essential travel to the affected areas at this juncture," the foreign ministry said in an online statement.
Bali's international airport was operating normally on Monday, as were tourist spots across the island.
Indonesian authorities have imposed a 12-km (7.5 miles)exclusion zone around the crater.
The National Disaster Management Agency (BNPB) said on Monday that around 62,000 people lived within the "danger zone" around the volcano and that they all needed to evacuate, though so far only 50,00 had moved to the temporary shelters provided in neighbouring villages.
"There are some who are staying behind because the volcano hasn't erupted yet or because of religious beliefs," said BNPB spokesman Sutopo Purwo Nugroho.
"Our staff are combing the area and urging everyone to evacuate," he said, speaking at a news conference in the Indonesian capital Jakarta.
Nugroho said Mount Agung has entered a "critical phase", meaning magma has risen closer to the surface, as indicated by hundreds of shallow volcanic tremors that have rattled the area in recent days.
Evacuees are being housed in makeshift shelters like town halls and school gyms. Host communities were providing food and water, while the central and local governments were providing tents, blankets and other relief.
Officials have urged the public to remain calm amid false reports and videos circulating online of an eruption.
Indonesia, which sits on the so-called Pacific Ring of Fire, has nearly 130 active volcanoes, more than any other country. Many Indonesians live near volcanoes because lava flows can make the surrounding soil and land fertile for farming.