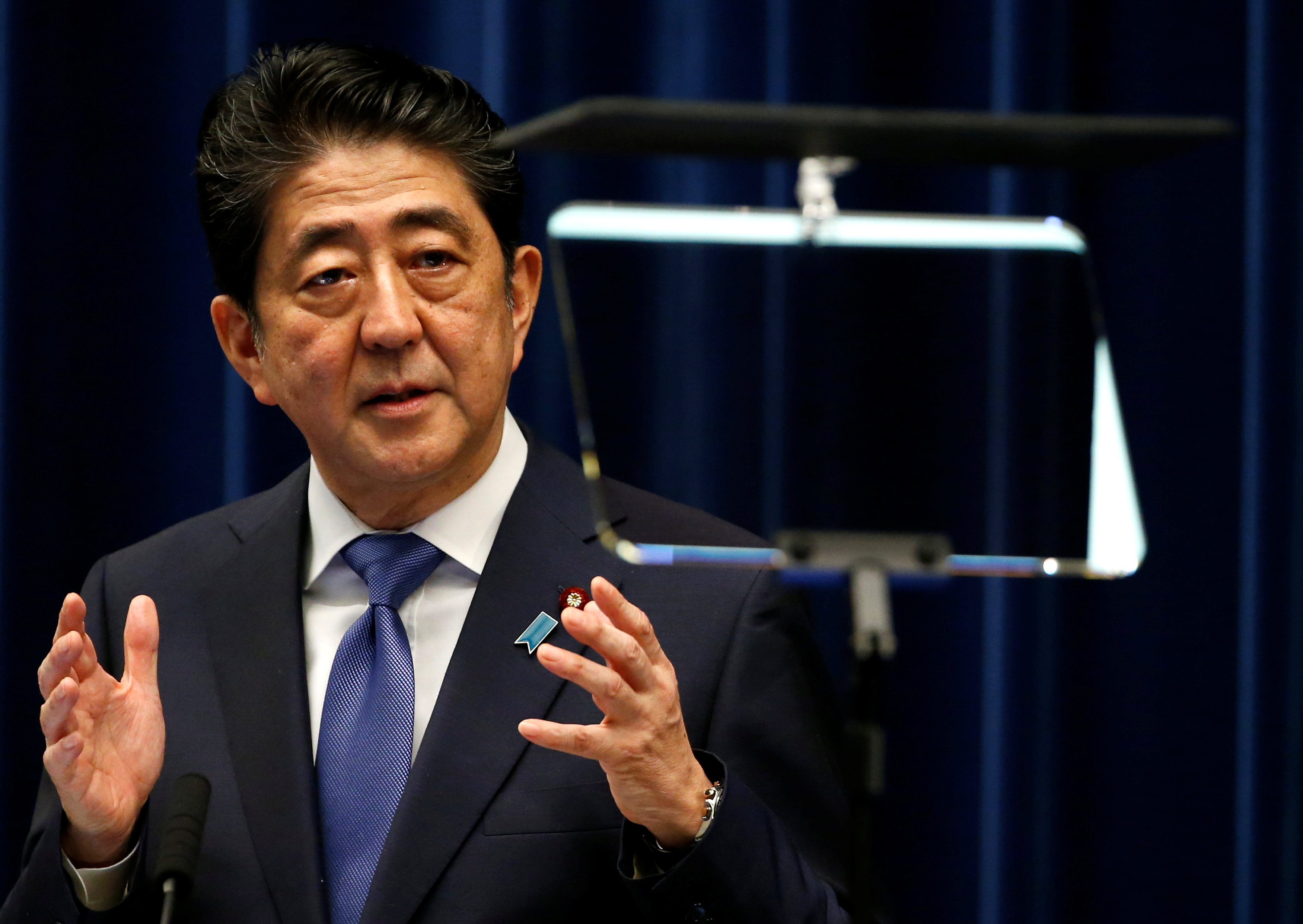 Tokyo: Japanese Prime Minister Shinzo Abe said he would dissolve parliament's lower house on Thursday for a snap election, as he seeks a fresh mandate to overcome "a national crisis".
Abe, in power for five years, said he needed a mandate to shift some revenues from a planned future tax hike to social spending such as education, besides seeking support for a tough stance toward North Korea's repeated missile and nuclear tests.
"I will dissolve the lower house on Sept. 28," Abe told a nationally televised news conference on Monday.
Earlier, the head of Abe's junior coalition partner, Natsuo Yamaguchi, said he understood the election would be held on Oct. 22.
The decision is largely seen as aimed at taking advantage of Abe's recently improved support ratings and opposition disarray.
Abe, whose ratings have risen to around 50 per cent from around 30 per cent in July, is gambling his ruling bloc can keep its lower house majority even if it loses the two-thirds "super majority" needed to achieve his long-held goal of revising the post-war pacifist constitution to clarify the military's role.
A weekend survey by the Nikkei business daily survey showed 44 per cent of voters planned to vote for Abe's Liberal Democratic Party (LDP) versus 8 per cent for the main opposition Democratic Party and another 8 per cent for a new party launched by popular Tokyo Governor Yuriko Koike.
The Nikkei poll was far more positive for Abe's prospects than a Kyodo news agency survey that showed his LDP garnering 27.7 per cent support, with 42.2 per cent undecided.
Abe's image as a strong leader has bolstered his ratings amid rising tension over North Korea's nuclear arms and missile programmes and overshadowed opposition criticism of the premier for suspected cronyism scandals that had eroded his support.
Some critics say Abe has risked creating a political vacuum at a time of rising geopolitical tension over North Korea.
And, given the unexpected results seen in other major developed countries, political analysts are not ruling out a "nasty surprise" for the Japanese leader.
"Abe's big gamble could yield a big surprise," veteran independent political analysts Minoru Morita said.
Abe told LDP executives at a meeting that he intended to dissolve the lower house on Thursday. The prime minister had been expected to face a grilling over the cronyism scandals during Thursday's session, and opposition party officials saw the move as play to avoid difficult questions.
Sources have said Abe's election platform will see him promise to go ahead with a planned rise in the national sales tax to 10 per cent from 8 per cent in 2019 but increase the proportion of revenue spent on child care and education, delaying a target of putting the budget in the black in the fiscal year ending March 2021.
Abe on Monday asked his cabinet to compile a 2-trillion-yen ($17.8-billion) economic package by year-end to focus on child care, education and encouraging corporate investment, while maintaining fiscal discipline.
The Yomiuri newspaper said earlier the funding would cover the three years from April 2018 until sales tax revenue kicks in.
The main opposition Democratic Party is struggling with single-digit ratings and much depends on whether it can cooperate with liberal opposition groups.
On Monday, just hours before Abe's election announcement, Tokyo Governor Yuriko Koike said she would lead a new conservative, reform-minded "Party of Hope", to offer voters an alternative to the LDP.
"Our ideal is to proceed free of special interests," Koike, a former LDP member, told a news conference.
Over the weekend, a junior LDP cabinet minister, Mineyuki Fukuda, said he would leave the ruling party to stand for election with Koike's new group.
An LDP internal survey showed seats held by the LDP and its coalition partner Komeito could fall to 280 from the 323 they now hold, the Nikkei reported on Saturday. Reforms adopted last year will cut the number of lower house seats to 465 from 475.