The next German government will face economic-policy challenges in five key areas: digitalization and automation, demographic change, globalization, climate change, and European integration.
With respect to digitalization, Germany tends to fluctuate between excessive enthusiasm for expanding fibre-optic networks and fear of the impact of new, largely unregulated business models, such as those underpinning avatars of the “sharing economy” like Uber and Airbnb.
But German policymakers must not respond to such sentiments with kneejerk reactions. Rolling out a nationwide fibre-optic network, rather than simply servicing the locales that are most in need, would be both expensive and inefficient. And politicians should focus their regulatory efforts on ensuring that sensible digital business models and private investment are not obstructed.
With digitalization also comes automation and robotization, which many fear will lead to job losses. Consequently, one now regularly encounters proposals for an unconditional universal basic income (UBI), to be paid for, perhaps, with a tax on robots.
But such a response would be a terrible mistake – a capitulation to the challenges that we face. Instead of making a large swath of the population dependent on transfers earned by others, Germany’s leaders should ensure that all workers receive the training needed to pursue opportunities in the labour market of the future.
As it happens, Germany’s aging population and declining workforce will create labour shortages in the years ahead. But instead of seizing the opportunity in front of them, German policymakers have been busy worrying about the elimination of skilled labour altogether. These fears make no sense. In 1900, 38 per cent of the labour force in Germany worked in agriculture; in 2000, only 2 per cent did. And yet the full-scale automation of agriculture did not lead to mass unemployment.
Germany’s demographic transformation will have significant implications for the country’s public finances, and especially for its social-insurance system. But in the recent federal election campaign, both of Germany’s main political parties ruled out proposals to raise the retirement age to 70, even though there are good reasons for doing precisely that.
Raising the retirement age to shore up a statutory pension scheme is often denounced as unfair, because people with physically demanding jobs, such as nurses and manual labourers, cannot be expected to work until they are 70. But that is a problem that should be addressed through higher wages and disability insurance, not with pension insurance. And besides, early retirement can still be made an option, as long as it is marked down accordingly.
Globalization – whether it takes the form of migration or flows of trade, capital, and data – poses an equally large challenge, even though it has been a boon to Germany in recent decades. Generally speaking, globalization implies a narrower scope for national policy. And this is particularly true for Germany, because it has signed on to international agreements brokered by the European Union as a whole.
Growing cross-border mobility has put Germany under severe competitive pressure. Germany wants to attract companies and investment, but it also wants to create as many high-paying jobs as possible. Germany thus benefits from immigrants with above-average qualifications, because they will earn enough to pay more in taxes than they receive in state benefits. To bring in capital and high-skill immigrants, Germany needs to keep taxes low. But this limits its ability to use taxation as a mechanism for redistribution.
For now, Germany can still finance its welfare state. But with such a globalized economy, it cannot count on subsidies funded by general tax revenues to offset future shortfalls in its social-security system. More to the point, Germany cannot indefinitely keep taxes low while offering generous social transfers to lower-skill workers; eventually, its welfare system would collapse. And the government should work with other countries and within the EU to ensure that immigration is not motivated by a desire for welfare benefits.
To remain competitive, Germany needs to change how it taxes investment and innovation. French President Emmanuel Macron’s government has announced plans to abolish France’s wealth tax and significantly reduce its corporate-tax rate. The governments of Sweden, the United Kingdom, and the United States have also announced plans to cut taxes.
The German government, whether it likes it or not, cannot escape the effects of global tax competition. But as it looks for ways to improve its tax regime, it must not allow certain sectors – not least those with heavily digitalized business models – to evade taxation entirely.
Climate change is another facet of globalization, because here, too, there is nothing that Germany can do by itself to halt global warming. Rather, the government must work with its European partners to forge global climate agreements, while enacting measures to mitigate the effects of climate change at home. But as Germany pursues its emissions reductions, it should keep an eye on cost-effectiveness, because no climate agenda can succeed without social acceptance.

Viewed from this perspective, selective interventions, such as a proposed ban on internal combustion engines after 2030, would thus be counterproductive. A far better approach would be to include road traffic in the emissions-metering system under the Paris climate agreement, because this would allow emissions cuts to be made at the lowest possible cost.
The last major challenge for Germany’s next government is its policy toward Europe. Germany needs the EU to surmount its current crisis, deepen the internal market, and develop a common defense and security policy, so that it can reap the benefits of European integration. Joint arms procurement and closer operational cooperation would yield significant efficiency gains, and reduce the burden on EU member states’ budgets.
Moreover, the European Monetary Union is in desperate need of reform. Instead of waiting for the next crisis to erupt, Germany should see to it that European banks hold fewer domestic government bonds. In cases where individual member states have incurred too much debt, private creditors – not taxpayers of other countries – should bear the burden of debt restructuring. - Project Syndicate 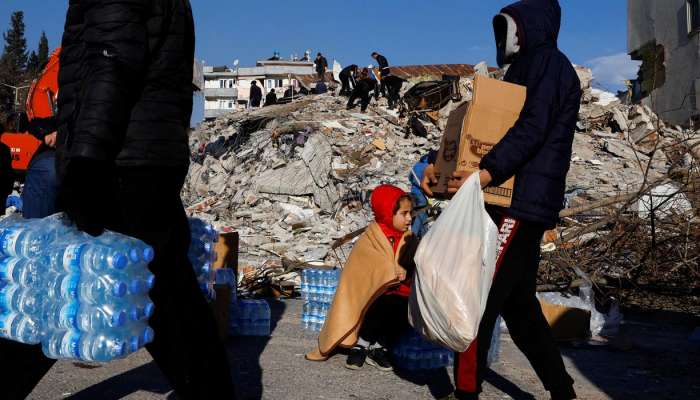