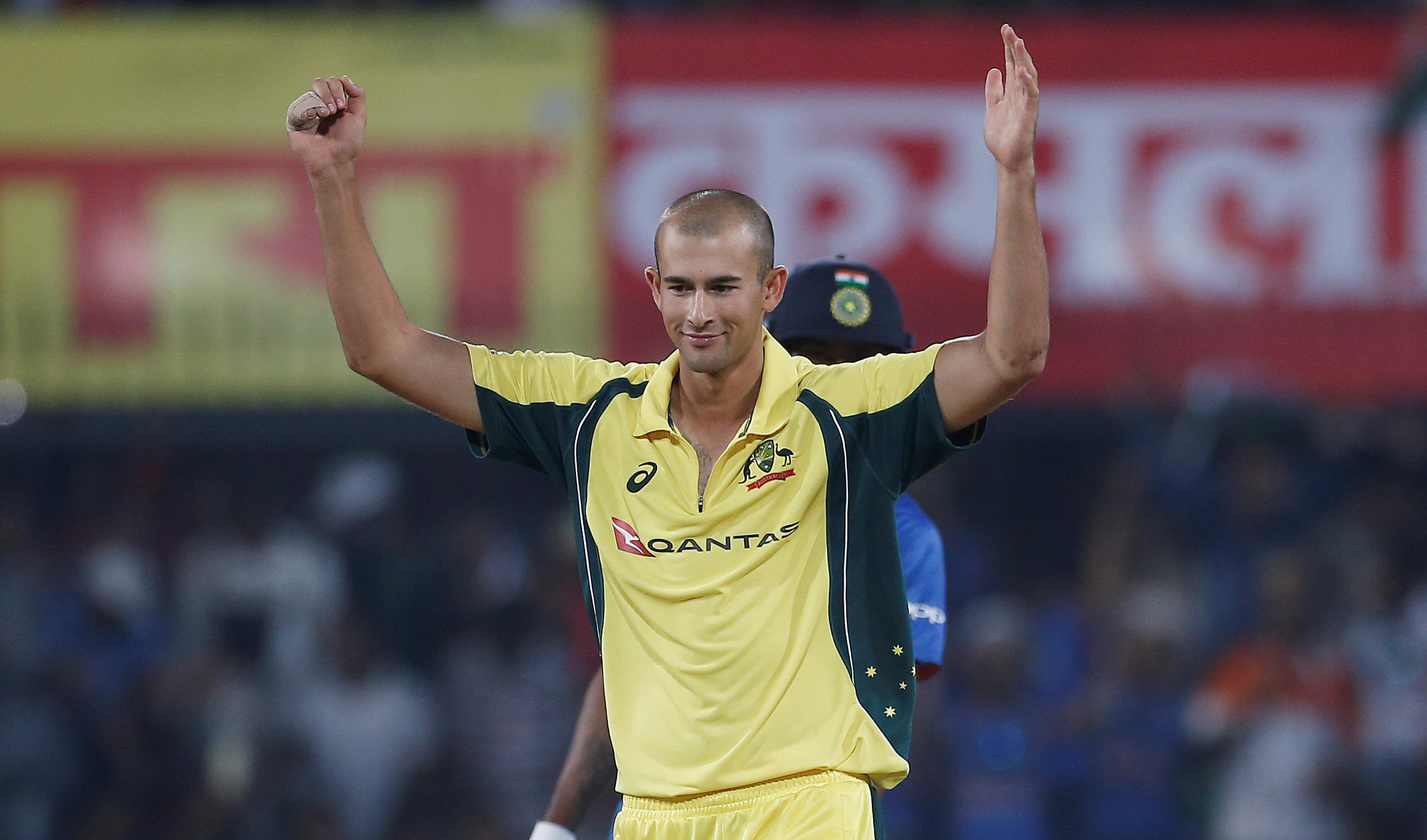 Indore: Left-arm spinner Ashton Agar has been ruled out of the ongoing limited overs series against India with a fractured thumb, handing the visitors another setback after they lost the series by going down in the third ODI here on Sunday.
Agar sustained the injury while fielding during Australia's five-wicket defeat against India.
"Ashton injured his right little finger whilst fielding in the match last night," the team doctor Richard Saw said in a statement.
"Following the conclusion of the match he went for x-rays which have confirmed a fracture of the finger. He will return home to Australia and consult a specialist with a possibility of surgery," he added.
Agar picked up a wicket each in the two games he played in the series.
Adam Zampa is most likely to replace him in the fourth ODI in Bengaluru on Thursday.