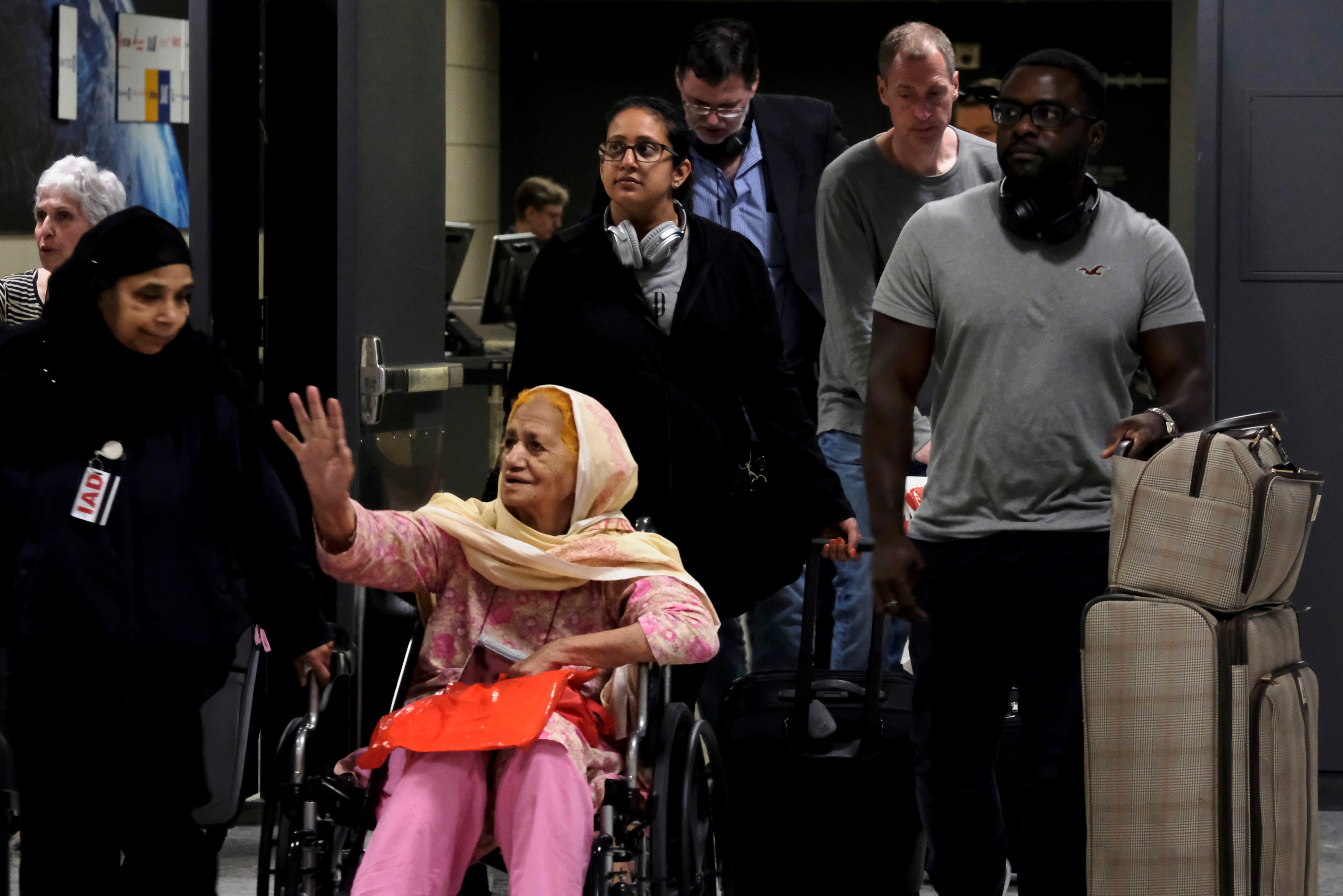 Washington: President Donald Trump on Sunday slapped new travel restrictions on citizens from North Korea, Venezuela and Chad, expanding to eight the list of countries covered by his original travel bans that have been derided by critics and challenged in court.
Iran, Libya, Syria, Yemen and Somalia were left on the list of affected countries in a new proclamation issued by the president. Restrictions on citizens from Sudan were lifted.
The measures help fulfill a campaign promise Trump made to tighten U.S. immigration procedures and align with his "America First" foreign policy vision. Unlike the president's original bans, which had time limits, this one is open-ended.
"Making America Safe is my number one priority. We will not admit those into our country we cannot safely vet," the president said in a tweet shortly after the proclamation was released.
Iraqi citizens will not be subject to travel prohibitions but will face enhanced scrutiny or vetting.
The current ban, enacted in March, was set to expire on Sunday evening. The new restrictions are slated to take effect on October 18 and resulted from a review after Trump's original travel bans sparked international outrage and legal challenges.
The addition of North Korea and Venezuela broadens the restrictions from the original, mostly Muslim-majority list.
An administration official, briefing reporters on a conference call, acknowledged that the number of North Koreans now travelling to the United States was very low.
Rights group Amnesty International USA condemned the measures.
"Just because the original ban was especially outrageous does not mean we should stand for yet another version of government-sanctioned discrimination," it said in a statement.
"It is senseless and cruel to ban whole nationalities of people who are often fleeing the very same violence that the U.S. government wishes to keep out. This must not be normalized.”
The American Civil Liberties Union said in a statement the addition of North Korea and Venezuela "doesn't obfuscate the real fact that the administration's order is still a Muslim ban."
The White House portrayed the restrictions as consequences for countries that did not meet new requirements for vetting of immigrants and issuing of visas. Those requirements were shared in July with foreign governments, which had 50 days to make improvements if needed, the White House said.
A number of countries made improvements by enhancing the security of travel documents or the reporting of passports that were lost or stolen. Others did not, sparking the restrictions.
The announcement came as the U.S. Supreme Court prepares to hear oral arguments on October 10 over the legality of Trump’s previous travel ban, including whether it discriminated against Muslims.
Trump has threatened to "destroy” North Korea if it attacks the United States or its allies. Pyongyang earlier this month conducted its most powerful nuclear bomb test. The president has also directed harsh criticism at Venezuela, once hinting at a potential military option to deal with Caracas.
But the officials described the addition of the two countries to Trump’s travel restrictions as the result of a purely objective review.
In the case of North Korea, where the suspension was sweeping and applied to both immigrants and non-immigrants, officials said it was hard for the United States to validate the identity of someone coming from North Korea or to find out if that person was a threat.
"North Korea, quite bluntly, does not cooperate whatsoever,” one official said.
The restrictions on Venezuela focused on Socialist government officials that the Trump administration blamed for the country's slide into economic disarray, including officials from the Bolivarian National Intelligence Service and their immediate families.
Trump received a set of policy recommendations on Friday from acting Secretary of Homeland Security Elaine Duke and was briefed on the matter by other administration officials, including Attorney General Jeff Sessions and Secretary of State Rex Tillerson, a White House aide said.
The rollout on Sunday was decidedly more organized than Trump's first stab at a travel ban, which was unveiled with little warning and sparked protests at airports worldwide.
Earlier on Sunday, Trump told reporters about the ban: "The tougher, the better."
Rather than a total ban on entry to the United States, the proposed restrictions differ by nation, based on cooperation with American security mandates, the threat the United States believes each country presents and other variables, officials said.
Somalis, for example, are barred from entering the United States as immigrants and subjected to greater screening for visits.
After the September 15 bombing attack on a London train, Trump wrote on Twitter that the new ban "should be far larger, tougher and more specific - but stupidly, that would not be politically correct."
The expiring ban blocked entry into the United States by people from the six countries for 90 days and locked out most aspiring refugees for 120 days to give Trump’s administration time to conduct a worldwide review of U.S. vetting procedures for foreign visitors.
Critics have accused the Republican president of discriminating against Muslims in violation of constitutional guarantees of religious liberty and equal protection under the law, breaking existing U.S. immigration law and stoking religious hatred.
Some federal courts blocked the ban, but the U.S. Supreme Court allowed it to take effect in June with some restrictions.