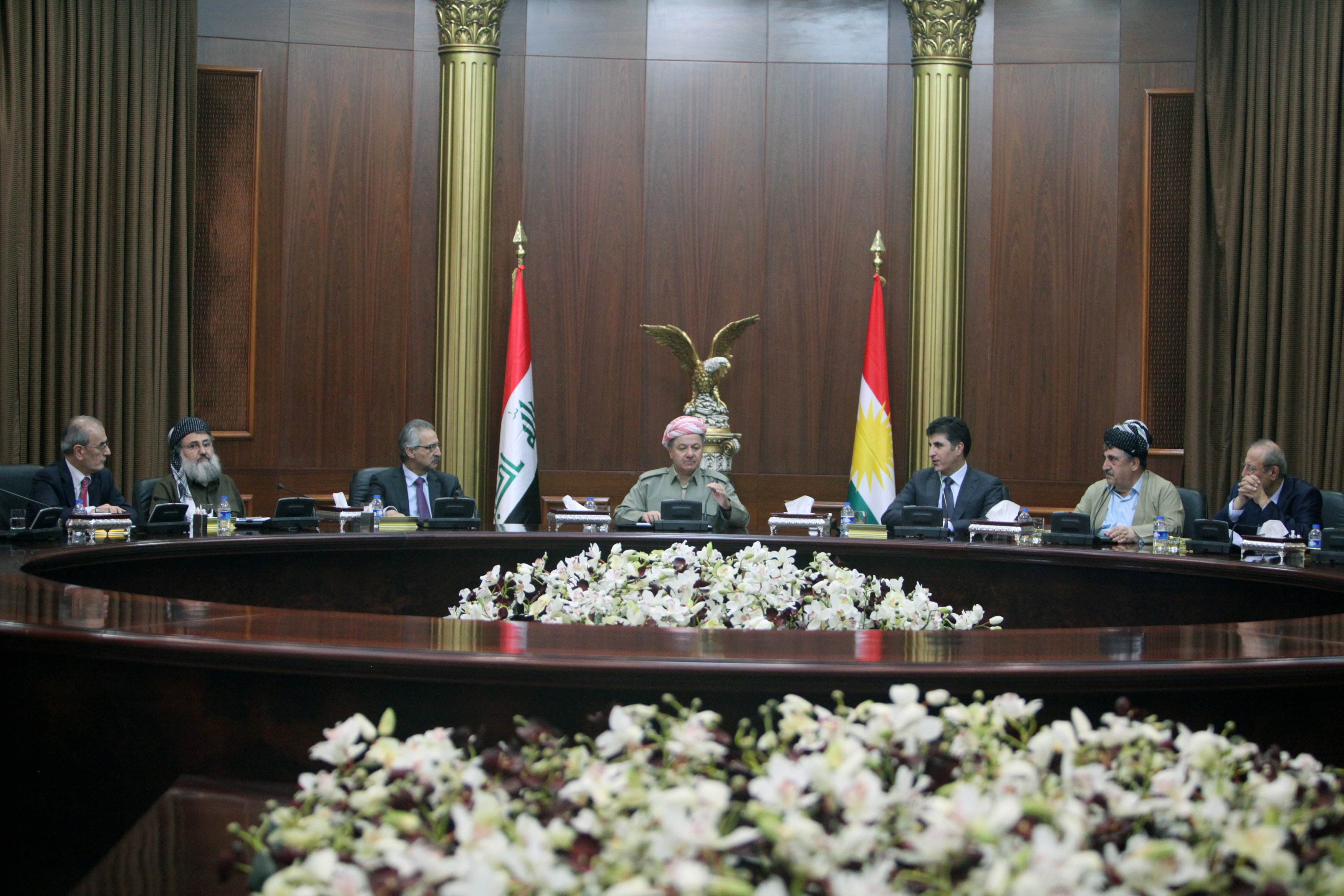 Erbil (Iraq): Iraq's Kurds will go ahead with a referendum on independence on Monday because partnership with Baghdad has failed, Kurdistan Regional Government (KRG) President Massoud Barzani said on Sunday.
Iraq's Kurds will seek talks with the central government to implement the expected 'yes' outcome of the referendum, even if they take two years or more, to settle land and oil sharing disputes ahead of independence, he told a news conference in at his headquarters near the KRG seat, Erbil. "We will never go back to the failed partnership" with Baghdad, he said, adding Iraq had become a "theocratic, sectarian state" and not the democratic one that was supposed to be built after the 2003 overthrow of Saddam Hussein.
Iraqi Prime Minister Haider Al Abadi made a televised address on Sunday about the referendum that his government opposes as anti-constitutional.
The vote, he said, ''could lead to ethnic divisions, exposing (the Iraqis) to disastrous dangers that only God knows.''
Barzani dismissed the concern of Iraq's powerful neighbours, Iran and Turkey that the vote could destabilise the region, committing to respecting the laws on international boundaries" and not seek to redraw region's borders.
Iranian authorities stopped air traffic to the international airports of Erbil and Sulaimaniya, in Iraqi Kurdistan, on a request from Baghdad, Fars News Agency said.
"Turkey will never ever tolerate any status change or any new formations on its southern borders," Turkish Prime Minister Binali Yildirim said on Sunday.
"The KRG will be primarily responsible for the probable developments after this referendum.''
Barzani said Ankara ''won't benefit'' economically should it close the border with Iraqi Kurdistan.
Tehran and Ankara fear the spread of separatism to their own Kurds.
Iran also supports groups who have been ruling or holding key security and government positions in Iraq since the 2003 U.S-led invasion which toppled Saddam Hussein.
Barzani said the Kurds will ''keep extending their hand'' to Iran and Turkey, even if the two countries do not reciprocate, adding that he did meet recently in the Kurdish region with Iranian Revolutionary Guard Commander Qassem Soleimani who came to convince him to delay the vote.
The KRG has resisted calls to delay the referendum by the United Nations, the United States and Britain who fear it could distract from the war on IS militants should it lead to unrest in disputed areas like multi-ethnic oil-rich Kirkuk.
"Only independence can reward the mothers of our martyrs," Barzani said, reminding the international community of the role played by the Kurds in the war on IS militants.
Kurdish Peshmerga fighters who control Kirkuk were given instructions not to respond to any provocation meant to disrupt the vote, but they will defend the region if attacked from outside, he said, adding that he does not expect armed clashes with Baghdad.
He expected the strong reactions of the international community opposing Kurdish independence ''not to last forever'' after the vote is held.
``Only through independence, he said, we can secure our future.''