Omanis arrested in India could learn their fate today 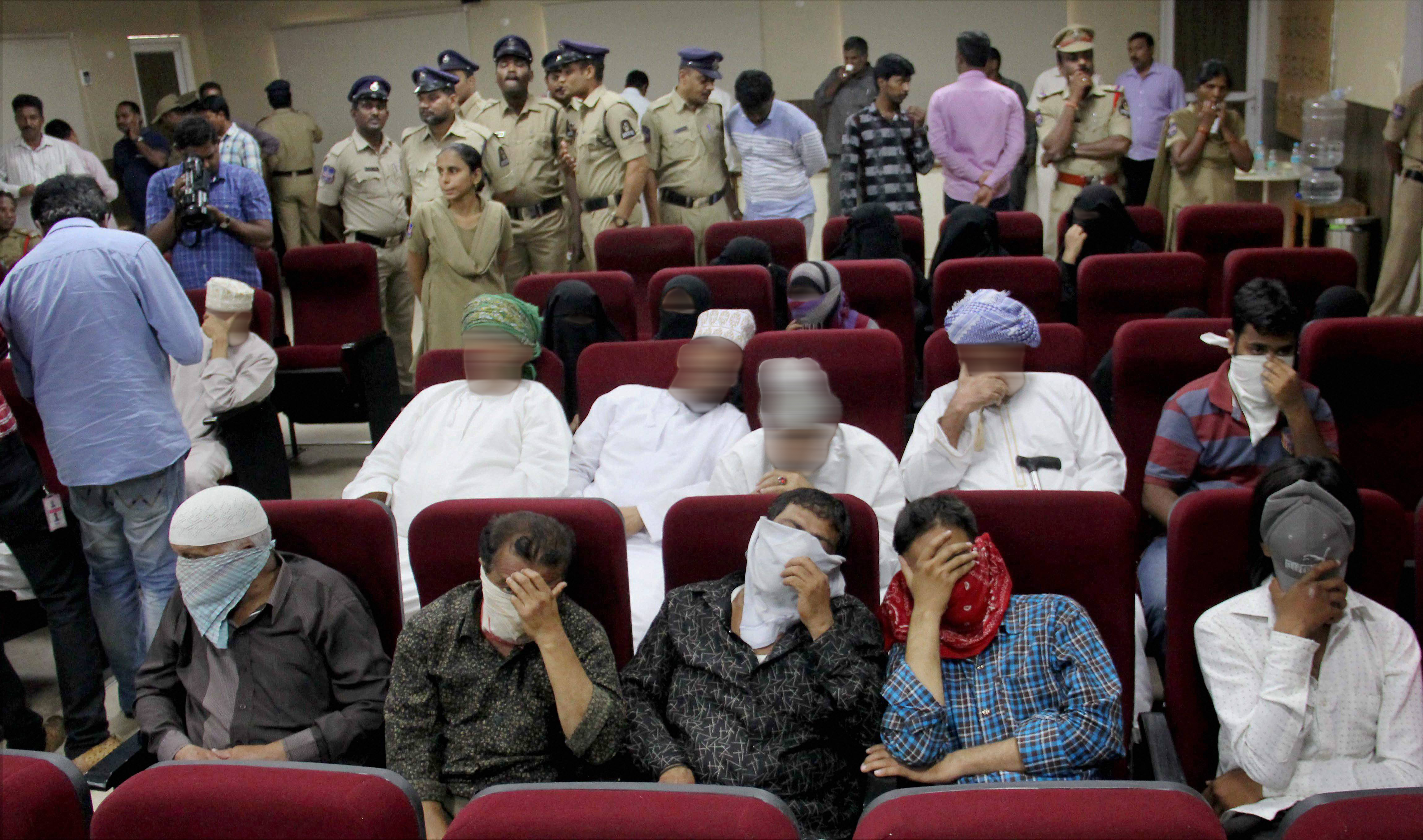 Muscat: Omanis visiting India should not rely on marriage agents, but should go through proper legal channels when seeking to be married, according to Oman consulate officials in India, and the Indian police.
Five Omani men arrested by police in Hyderabad for allegedly attempting to arrange weddings with underage females could learn today if they will face charges, according to the Consulate General of Oman in Mumbai and police in Hyderabad.
The Omanis were among 12 men arrested after Indian police clamped down on underage marriages during a series of raids last week. Marriage under the age of 18 is illegal in India.
Oman consulate
In response, a consulate official said, “The Oman consulate in India is working hard with the Indian authorities to resolve this matter as fast as possible.
An official from the consulate in Mumbai confirmed, “Five Omanis have been arrested in relation to marriages to minors. Twelve men were arrested from various nationalities, seven were released and five are currently under investigation.
“They are currently held at the police station and have not been transferred to prison. The consular representative in Hyderabad has been in contact with the accused,” according to an official from the consulate in Mumbai.
“We are doing what we can to work with the Indian authorities to resolve this matter as fast as possible,” added the official. “We will be given the charges–if any–today.”
He also urged Omani nationals not to travel to the area of Falaknuma near Hyderabad until further notice.
“This is because the Indian authorities have tightened the procedures for Omani nationals in that region,” the official said.
“Additionally, the consulate advises individuals who aim to travel to India for marriage to follow the marriage laws and procedures put in place by the Indian authorities, rather than following marriage agents, “ the official said.
Speaking to Times of Oman, Satyanarayana, Deputy Commissioner of Police (South Zone), Hyderabad, said, “We are ready to welcome all Omani nationals for tourism, education, business and health purposes, but marrying girls below 18 is a crime in India. We need to convey this message to Omani nationals who come here to get married,” he told Times of Oman.
He added that twelve minors girls were also rescued. “We are looking for more people involved in this racket,” he said.
Along with Omanis, police have arrested some nationals from neighbouring countries, along with hotel owners, brokers and those who perform Islamic marriages. Hyderabad police launched an investigation last month into the marriage of a 16-year-old girl to a 65-year-old Omani man.
In 2016, an Omani was arrested for allegedly trying to marry a minor in India. “People should check and follow the laws of the country before taking any step,” the Embassy official said.
According to Omani law, a citizen must have the approval of the ministry to marry a foreigner.
The applicant should meet the requirements set by the ministry before it approves the application. Under Indian law, the marriageable age for girls is 18 years.