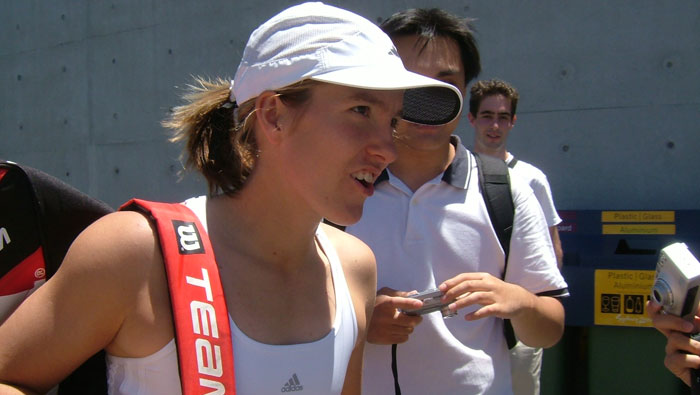 London: Seven-times grand slam singles champion Justine Henin headlined the International Tennis Hall of Fame's list of inductees for the Class of 2016 announced on Tuesday.
Joining the Belgian in the 'recent player' category is Russian Marat Safin. The two former world number ones are the first from their countries to gain Hall of Fame election.
"All of the things that then happened - all the dreams that came true, all the victories and grand slams, and every emotion that I lived in my tennis career remains something very important in my life today," Henin, 33, said in a statement.
"Being part of the Hall of Fame says that it will remain something forever, and that is very special. I am really honored."
Henin, who was powered by an explosive and rare one-handed backhand, won 43 singles titles during her career, including four French, two U.S. and one Australian Open.
Standing 5 foot 5 inches (1.67m) tall, Henin was smaller in stature than many of her rivals but was known for her mental toughness and an all-around game that included a powerful forehand, superior volley skills and court coverage.
She was also a dedicated Belgian Fed Cup team member and led her country to their first Fed Cup title in 2001.
Safin, a power player with strong groundstrokes and a lethal backhand, counts two grand slams among his 15 singles titles. He held the world number one ranking for nine weeks and was an integral member of Russia's Davis Cup team.
The only Russian man to win the U.S. Open, Safin also won the Australian Open in 2005, where he beat then-world number one Roger Federer in a five-set semi-final before defeating hometown favourite Lleyton Hewitt in the final.
"To be part of a Hall of Fame is every athlete's dream," said Safin, 36. "I am really honored to be inducted and proud to represent Russian tennis alongside the greatest champions of tennis history."
Yvon Petra, a French tennis player of the 1940s, and Margaret Scriven, British tennis champion of the 1930s, will be inducted posthumously in the 'master player' category.
The Class of 2016 will be enshrined at a July 16 induction ceremony at the International Tennis Hall of Fame in Newport, Rhode Island.