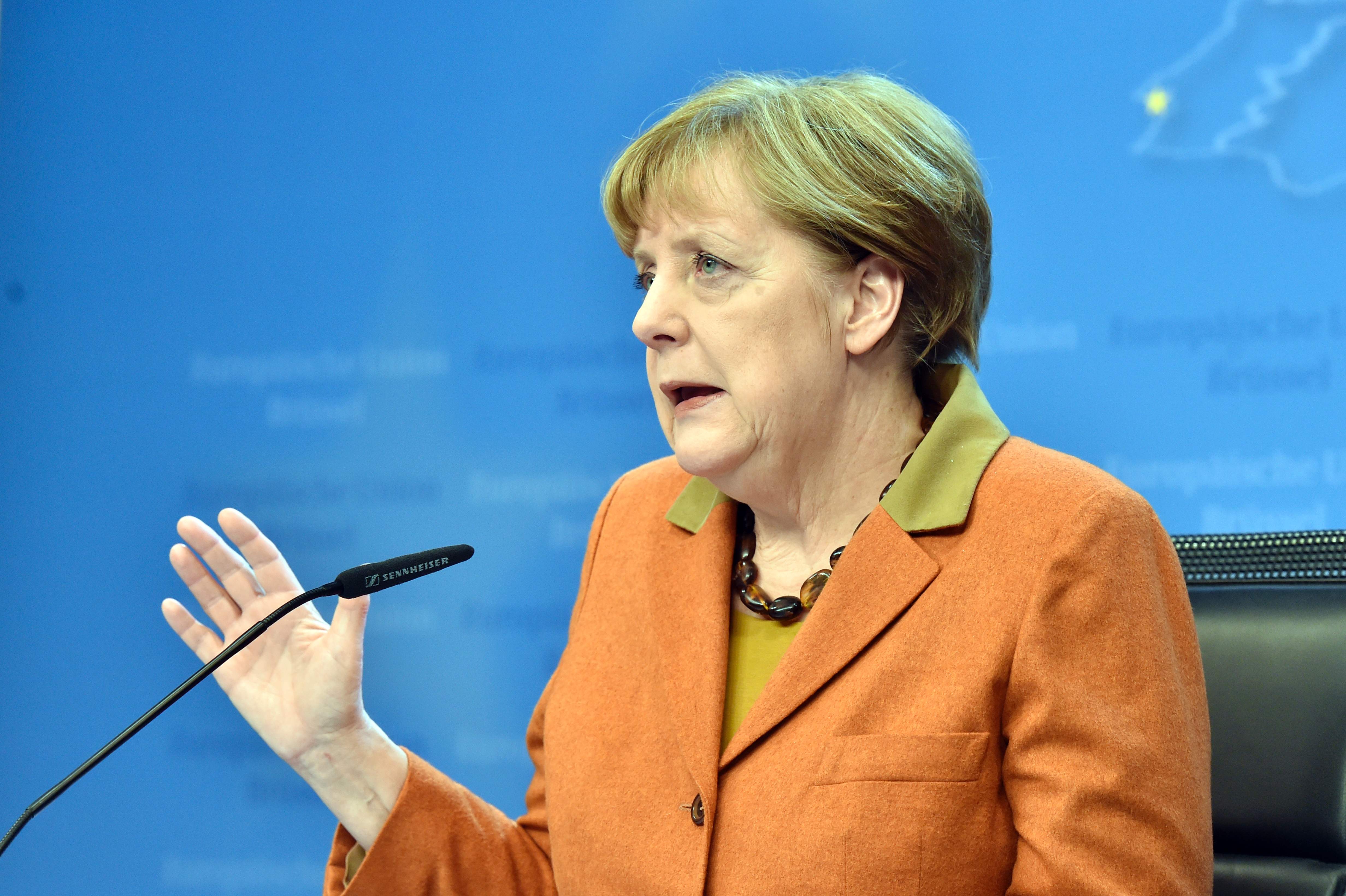 Berlin: German Chancellor Angela Merkel said on Tuesday things were moving in the right direction after the European Union agreed a draft deal with Turkey to stem the flow of migrants to Europe, a touchstone issue for voters in state elections on Sunday.
The deal is a crucial sign of progress for Merkel, who is battling domestic resistance to get an EU plan for handling the crisis, which brought more than 1 million migrants to Germany last year.
"Overall, things are going in the right direction," Merkel told SWR radio, while trying to assuage worries that Turkey is blackmailing Europe: "No. We are seeking a balance of interests," she said.
EU leaders welcomed an offer by Ankara to take back migrants crossing into Europe and agreed in principle to its other demands but delayed a deal until March 17-18.
"Finally, there are concrete steps towards a joint European refugee policy," said Sigmar Gabriel, leader of the Social Democrats (SPD), the junior partner in Merkel's ruling coalition.
The CDU and SPD had lost support before Sunday's votes in Baden-Wuerttemberg, Rhineland-Palatinate and Saxony-Anhalt, but Merkel's own rating rebounded last week from February's 4 1/2- year low in February.
Forsa pollster Manfred Guellner said the draft deal would help shore up her support among Germans, although it would widen the divide separating the CDU and SPD from the anti-immigration AfD party and Bavaria's conservative Christian Social Union (CSU).
"The majority will say 'That is Merkel. She is toiling away again... and she is on the right path'," Guellner said.
But pollsters draw a clear distinction between support for Merkel as chancellor and for her party in the state votes.
The anti-migrant AfD is expected to do well after it scored 13.2 per cent in local elections in the state of Hesse at the weekend to become the third biggest party in councils there. Senior AfD member Paul Hampel condemned the summit outcome.
"Using Turkey as a highly paid bouncer has several dangerous pitfalls," he said, mentioning Ankara's demands for more money, faster EU accession talks and quicker visa-free travel.
Reflecting widespread scepticism among Bavarian conservatives about Turkey's joining the EU, CSU lawmaker Hans-Peter Friedrich told SWR: "We mustn't put ourselves in the hands of the Turks."