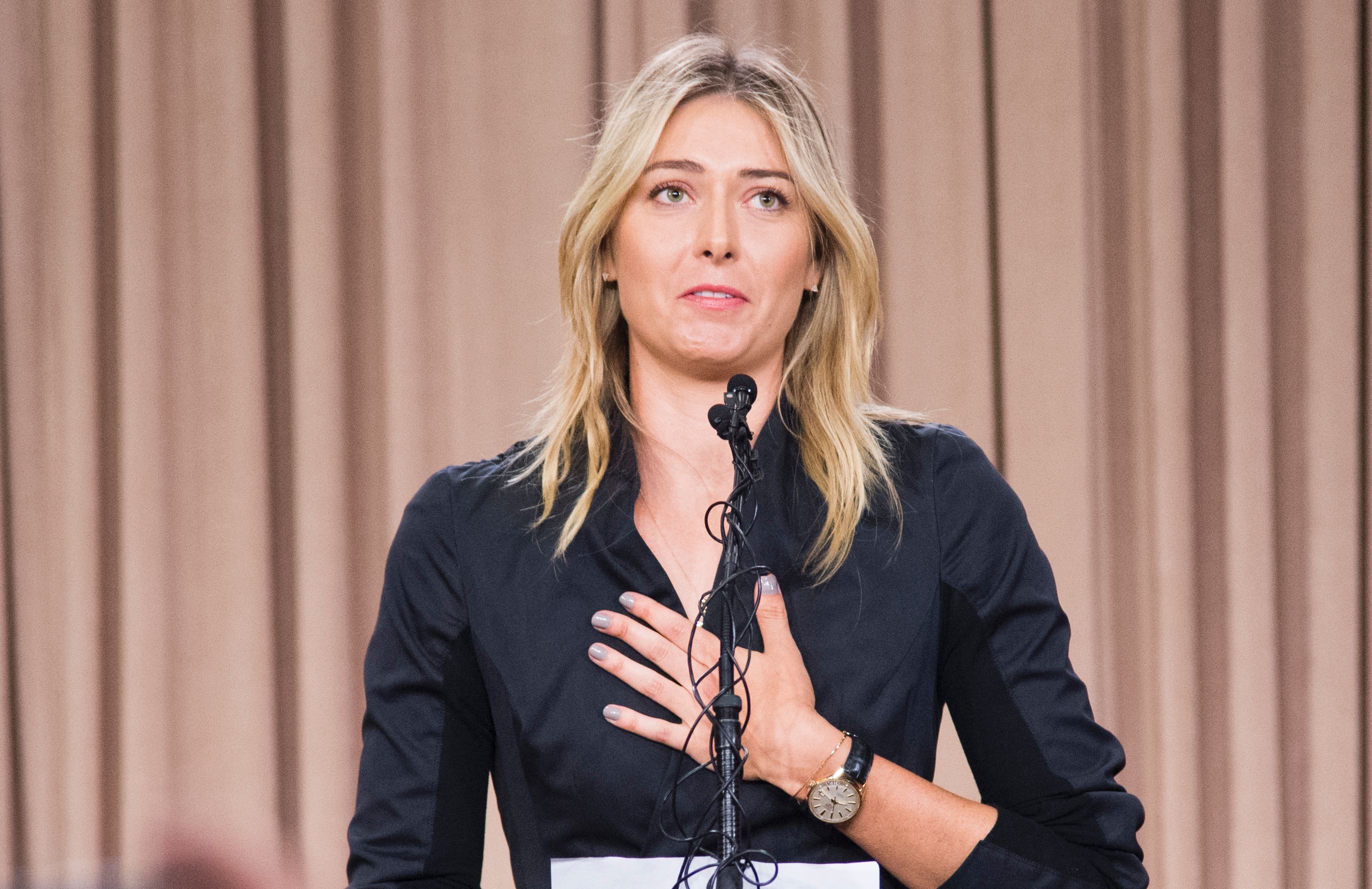 Berlin/London: Swiss watchmaker TAG Heuer said on Tuesday it was severing ties with Maria Sharapova as the world's highest-paid female athlete started to count the cost of a failed drug test and likely ban from tennis.
Sports firm Nike and German luxury car maker Porsche also said they were suspending their relationship with the five-times Grand Slam champion as the 28-year-old Russian awaits a decision on whether she will be banned.
The failed drug test at January's Australian Open, one of four annual Grand Slam events, will be costly for her at a time when sports bodies and sponsors are taking a tough line following a series of corruption and doping scandals.
Sharapova earned $29.7 million last year, Forbes magazine reported, and most of it came from endorsements, appearances and royalties rather than her victories on court.
She was world's highest-paid female athlete last year for the 11th consecutive year, and Forbes put her off-court career earnings at more than $200 million.
"We're now entering a zero tolerance era for sponsors," said Rupert Pratt, co-founder of sports sponsorship agency Generate. "It is now seen as not acceptable to 'stand by your man' because of the amount of scrutiny corporates are now under".
Sharapova, who lit up women's tennis when she won Wimbledon in 2004 as a 17-year-old and is still ranked among the top players, announced on Monday she had tested positive for meldonium, which is used to treat diabetes and low magnesium.
She said she had been taking the substance for a decade for health reasons and had not read an email informing her that a ban on its use in sport, imposed by the World Anti-Doping Agency (WADA), had come into force on January 1.
She will be provisionally suspended from playing tennis from March 12 and could be prevented from competing for Russia at the Rio de Janeiro Olympics this year.
Sharapova's deal with Tag Heuer had expired at the end of 2015, and the company had been in talks to extend the collaboration, it said on Tuesday.
"In view of the current situation, the Swiss watch brand has suspended negotiations and has decided not to renew the contract," TAG Heuer, a unit of French luxury goods group LVMH, said in a statement.
Porsche, a division of Volkswagen, said it was suspending Sharapova's role as its brand ambassador.
"We regret the current news about Maria Sharapova. Until further details emerge and we are able to analyse the situation, we have decided to suspend planned activities," it said.
It followed Nike (NKE.N), the world's largest sportswear maker, which said it was "saddened and surprised" by the news when it announced it was putting ties on hold with the player.
Another sponsor, cosmetics maker Avon Products Inc (AVP.N), declined to comment on its endorsements.
Russian tennis chief defends Sharapova
Sharapova, who lives in the United States, is the seventh athlete in a month to test positive for meldonium.
She said her family doctor had been giving her mildronate, also called meldonium, for 10 years after she frequently became sick, had irregular EKG results, a magnesium deficiency and a family history of diabetes.
"It is very important for you to understand that for 10 years this medicine was not on WADA's banned list and I had been legally taking the medicine. But on January the first, the rules have changed and meldonium became a prohibited substance."
Sharapova competed in one tournament while using meldonium as a banned substance.
"I made a huge mistake. I know that with this I face consequences and I don't want to end my career this way," she said.
Russia's tennis chief leapt to the player's defence, and said he expected the player to compete at this summer's Olympic Games in Rio.
"I think this is just a load of nonsense," Shamil Tarpishchev, president of the Russian Tennis Federation, said. "The sportsmen take what they are given by the physiotherapists and by the doctors."
Meldonium is used to treat chest pain and heart attacks among other conditions, but some researchers have linked it to increased athletic performance and endurance. It is listed by WADA among its prohibited metabolic modulators, along with insulin, and some researchers say it can also help recovery.
It is not approved in the United States but is available in Russia, Latvia and other countries in that region.
Over the past month, Russian cyclist Eduard Vorganov, Russian figure skater Ekaterina Bobrova, Ethiopia-born athletes Endeshaw Negesse and Abeba Aregawi, and Ukraine biathletes Olga Abramova and Artem Tyshchenko have all tested positive for meldonium. Russian news agency R-Sport quoted the Volleyball Federation of Russia as saying Russian volleyball player Alexander Markin had also tested positive for the substance.
Sports bodies have taken a tough line in recent months to wipe out doping and corruption. The world athletics' governing body, the IAAF, has suspended Russia's athletics federation over doping and soccer's governing body, FIFA, has removed its top leaders and began an overhaul in a corruption scandal.
Sharapova is the most prominent tennis player to test positive for a banned substance in recent years and the biggest name since Martina Hingis was banned in 2008 after recording a positive test for a metabolite of cocaine
The International Tennis Federation's anti-doping program calls for a four-year suspension for a positive test.
That ban can be reduced in various circumstances, such as if the player shows no significant fault or negligence. If a player bears no fault or negligence, there is no suspension.