Messi set to appear in 2018 qualifiers for first time 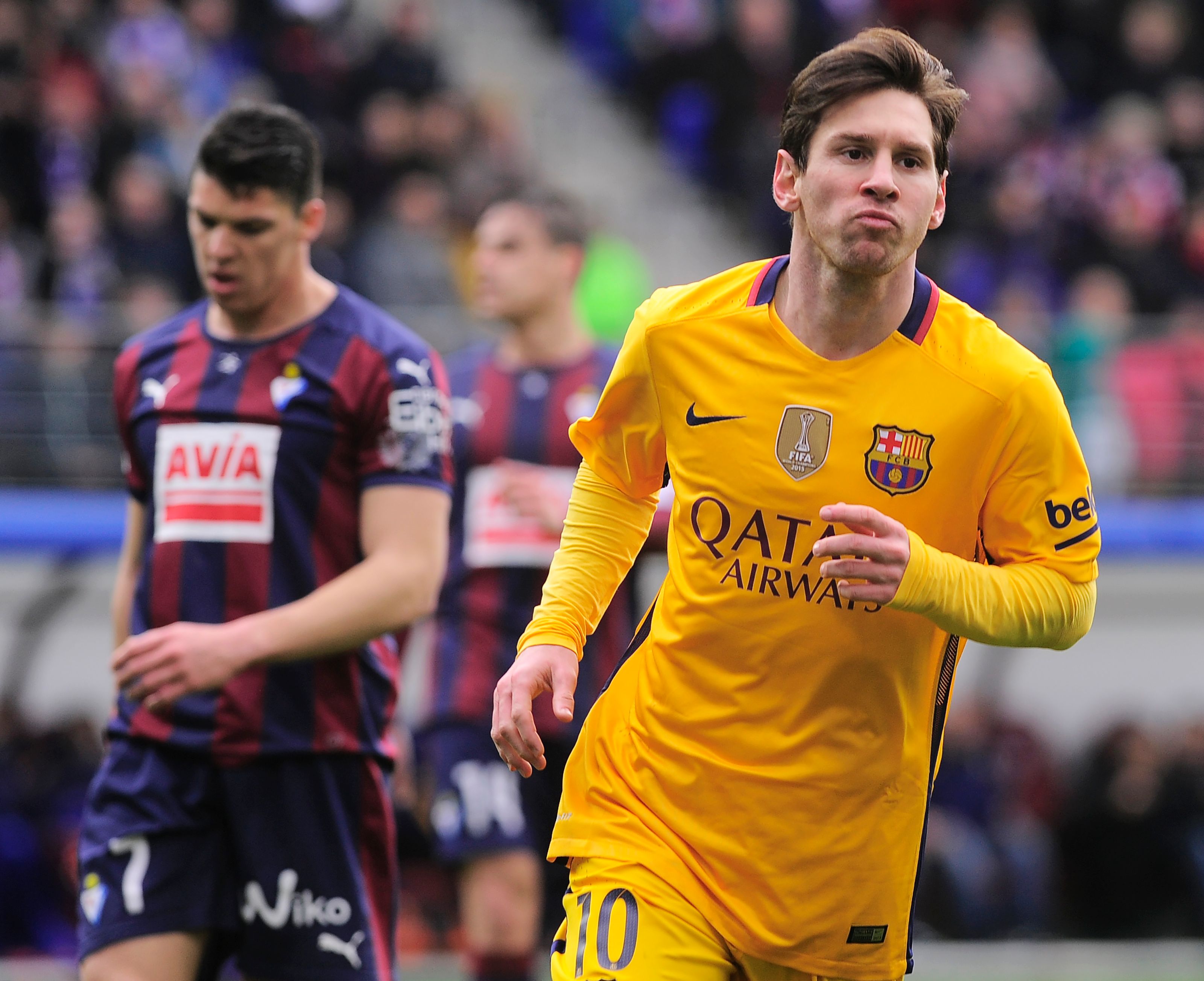 Buenos Aires, Argentina: Lionel Messi, who has made a brilliant start to the year for Barcelona, will play his first 2018 World Cup qualifiers this month after being named in a 29-man Argentina squad on Tuesday.
Captain Messi suffered a knee ligament injury early in the season and missed his country's faltering start in the first four qualifiers for the tournament to be played in Russia.
Messi has scored 21 goals in all competitions in 2016 after finding the net in his last four matches at the heart of a Barca side on course for a second successive La Liga, King's Cup and Champions League treble.
Argentina, finalists in Brazil in 2014, began the 10-nation, 18-match South American group with a 2-0 home loss to Ecuador followed by a 0-0 draw in Paraguay in October.
They recovered with a 1-1 draw at home to Brazil and a 1-0 win in Colombia in November and are in sixth place with five points, seven adrift of leaders Ecuador.
Messi will lead Argentina away to Copa America holders Chile in Santiago on March 24 and at home to Bolivia in Cordoba five days later.
The top-four teams at the end of the campaign in 2017 qualify for the finals in Russia the following year, and the fifth-placed side go into an intercontinental playoff.
Martino included 33-year-old Rosario Central defender Javier Pinola, who won his only cap in 2007 during the decade he played for German club FC Nuremberg.
Manchester City's Sergio Aguero and Pablo Zabaleta are back having missed the November matches through injury but Carlos Tevez and Fernando Gago miss out following Argentine champions Boca Juniors' poor start to the year.
"If Martino doesn't call me up I'm not going to be angry because I must improve my game to earn it," Tevez was quoted as saying in La Nacion.