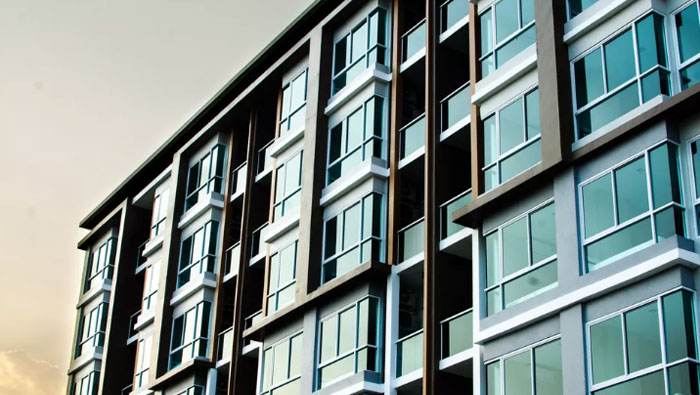 Muscat: Housing complexes have been planned for unmarried expatriates living in Oman, according to Muscat Municipal Council members.
Speaking to Times of Oman about the workers’ housing, Malik Hilal Al Yahmadi, Chairman of the Public Affairs Committee of the Muscat Municipality Council, said, “We are planning this in Bausher, Amerat and in Mabella. The municipality is moving ahead with the design of these complexes, and the tenders will be called once the design is completed.”
To build these complexes, the Municipality has started coordinating with agencies, and three large plots of land have been identified in Bausher, Amerat and in Mabella.
Plans for housing complexes for single migrant workers in residential neighbourhoods were discussed in the Municipal Council meeting and approved by the Council members.
Regarding choosing Bausher, Amerat and in Mabella, Al-Yahmadi said there were primarily two reasons driving the decision. “Because the industrial zones planned to be far from the residential neighborhoods, and the workers' complexes must be far from the residential neighbourhoods.
“Secondly, industrial zones occupy a large part of the foreign labor force; the housing of foreign workers near their workplaces facilitates workers and also helps the companies in which they work.”
Municipal council members said that these colonies will accommodate thousands of workers. “The Amerat one alone will able to accommodate 100,000 workers,” another municipal council member said, adding this came under discussion during the recent Municipal Council Meeting.
There are no official figures to estimate how many people could be shifted to these colonies, but it will be placed off-limits to all expats living with their family members who rent their own buildings. This is also not applicable to people who rent their own apartments or flats.
But many expat workers living in shared accommodations can face trouble if their rental contract is not listed under their name. “The idea was mooted after we received a lot of complaints from Omanis living in places like Ruwi, Hamriya and Wadi Adai, where a large number of unskilled and semi-skilled workers stay,” municipal council members said.
In Wadi Adai alone, municipal council members have determined that there are 101 houses in which unskilled and semi skilled expats live alone.
Unskilled people are defined as workers with low education levels, while semi-skilled workers do not hold a diploma, but have some documents to certify their skills.
And a skilled worker is defined as any worker who has special skills and has completed college.
The laws say that tenants should specify the usage of their property when they are renting their houses. And if the tenant is an individual living in a residential building, then he cannot sublet to others.
Muscat Municipality does not approve more than one rent contract for a single property. “It is against the law, and we take it as a violation,” an official said. If an altercation takes place between third-party tenants, the owners and first tenants are at risk and will be held accountable.
Residents, however, said it is increasingly difficult to afford the expensive rents in the city, and attributed this as being the reason why many families are choosing to share accommodations. “Though the rents have started dipping, but you have to understand that jobs are no more secure in Oman. I can’t afford to give my landlord 12 cheques in advance for my flat. So, I decided to share with my friend,” said Suresh, a resident.