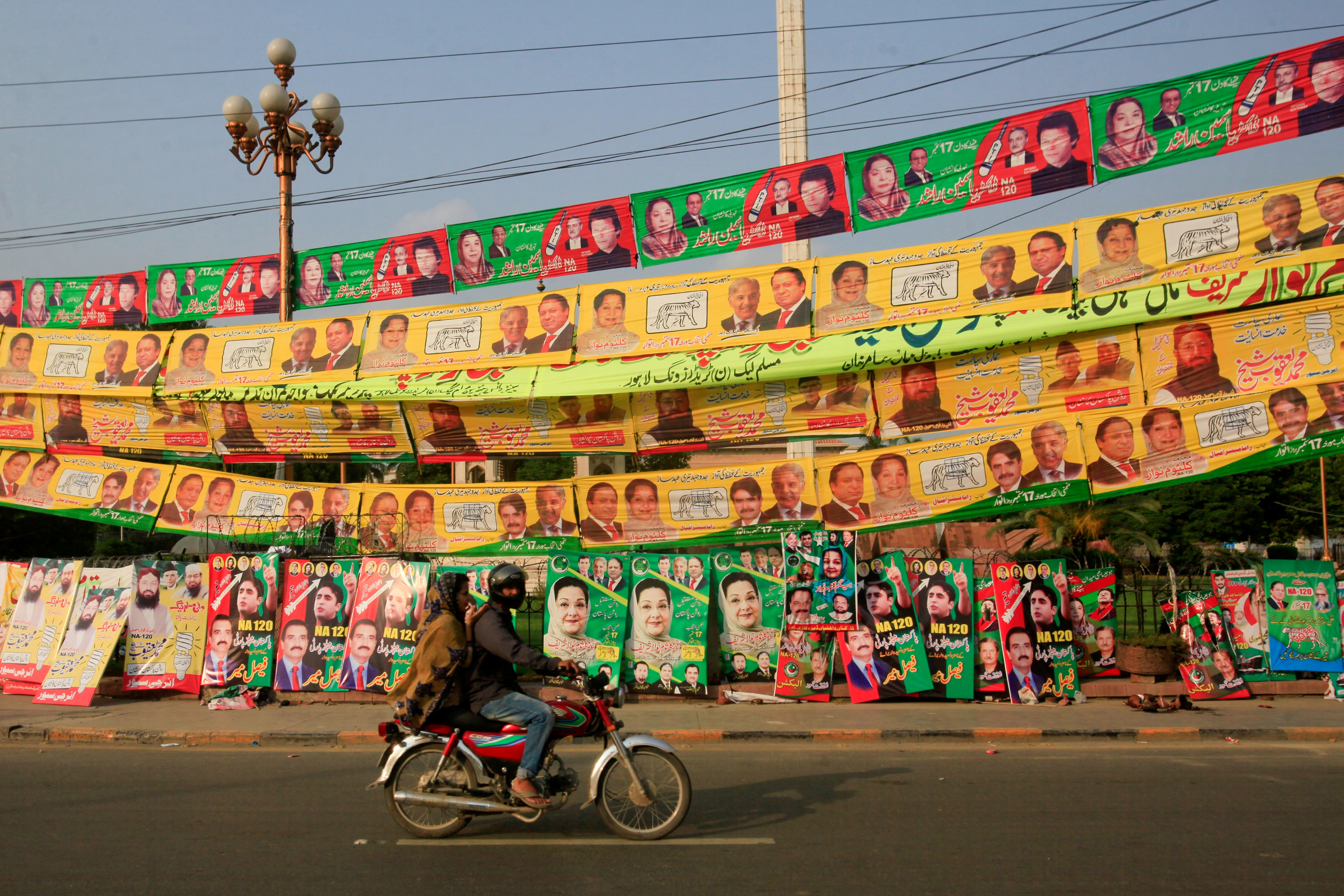 Lahore: All eyes in Pakistan are on Sunday's by-election in Lahore's NA-120 where the ailing wife of ousted prime minister Nawaz Sharif is contesting to provide a narrative to the ruling PML-N that the people have rejected the Supreme Court's decision to send its leader home. "Tomorrow Lahories will elect my mother, Begum Kulsoom Nawaz, in the court of people and reject the (apex) court's decision against my father," Sharif's daughter Maryam Nawaz told her party supporters here in Model Town on Saturday.
She said the people will cast the vote in favour of Begum Kulsoom with a pledge that they will not allow anyone to insult the ballot. Kulsoom is in London where she is undergoing treatment for her throat cancer. In her absence, Maryam had run her mother's campaign.
The seat fell vacant on July 28 when the apex court disqualified Nawaz Sharif in the Panama Papers case. A close contest is expected between Kulsoom and cricket-turned-politician Imran Khan's Pakistan Tehreek-i-Insaf candidate Dr Yasmin Rashid.
There are more than 320,000 registered voters in the constituency, said to be the stronghold of the Sharifs. The counting will begin soon after the voting concludes.

Pakistan Rangers and the Army have been called in NA-120 that falls in downtown Lahore, where some of the most prominent government buildings and installations are located.
Rashid says her contest is not against Kulsoom but the federal and provincial governments of the PML-N (Pakistan Muslim League - Nawaz) and the Sharif family.
"Besides spending billions of rupees, state machinery is used to woo voters in the face of blatant violation of the Election Commission's code of conduct," she said.
This constituency has thrice elected Sharif as the country's prime minister since 1990. Sharif had won the National Assembly (NA) seat from the area for the first time in 1985. He vacated it and became Punjab chief minister.