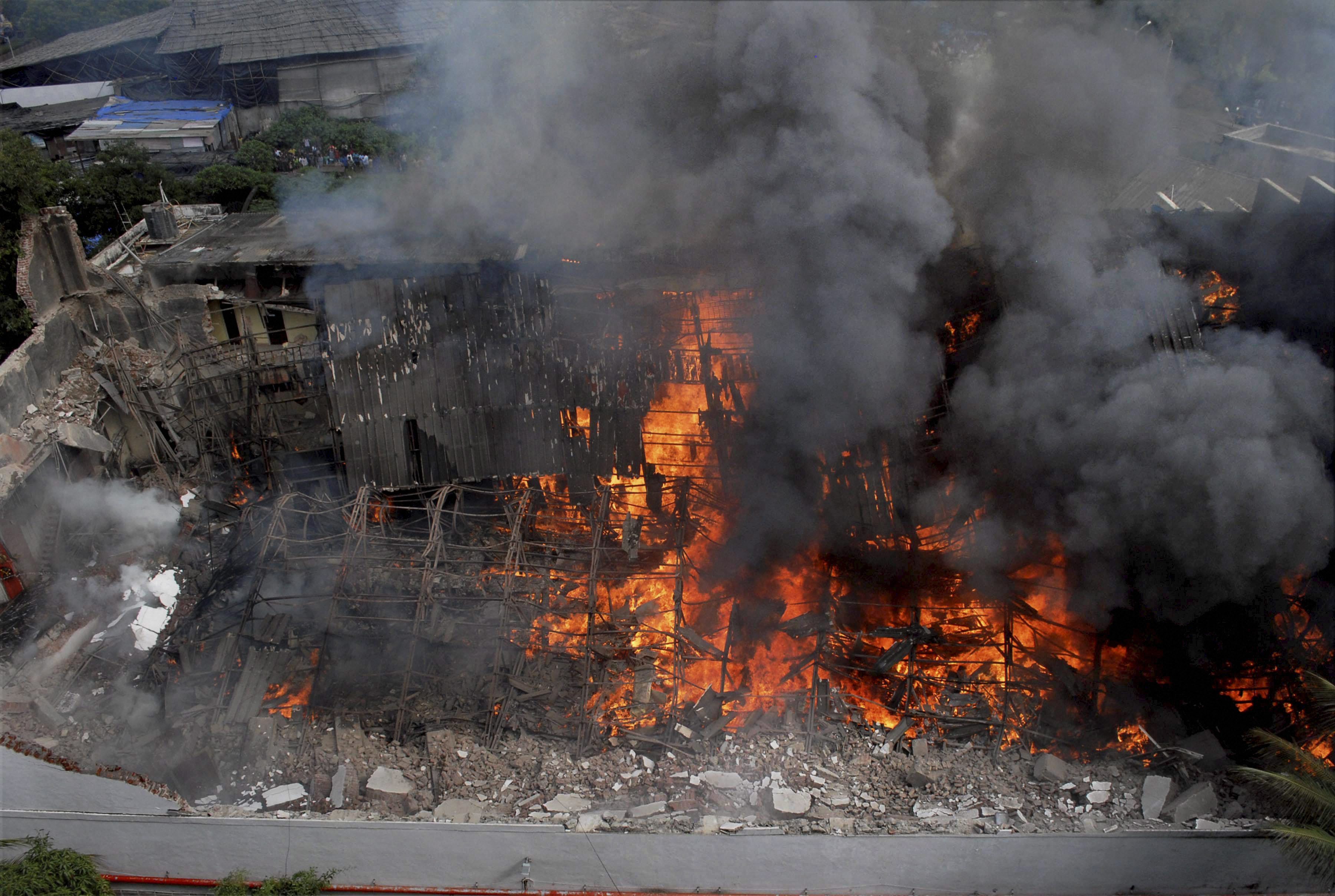 Mumbai: A major fire on Saturday broke out at the iconic R K Studio, founded by Indian film legend Raj Kapoor, in suburban Chembur, gutting its ground floor.
Six fire tenders and five water tankers have been rushed to the site to contain the blaze and so far, no casualty has been reported, a senior fire brigade official said. The fire was reported around 2.20pm, the official said.
Thick dark smoke enveloped the entire area as flames swept through the basement of the sprawling studio, where Raj Kapoor, his siblings and children made a number of films over the decades.
P. S. Rahangdale, chief of the Mumbai fire brigade, said fire personnel are still struggling to contain the fire. "There is no report of anyone suffering injury in the fire so far," he said.
The busy area witnessed traffic snarl as fire tenders, water tankers and several ambulances were rushed to the site, an eyewitness said.

The R K Studio was founded in 1948. The films made under the R K banner include Aag, Barsaat, Awaara, Shri 420, Jis Desh Mein Ganga Behti Hai, Mera Naam Joker, Bobby, Satyam Shivam Sundaram, Ram Teri Ganga Maili, among others.
The last film made under the banner was Aa Ab Laut Chalen. When Raj Kapoor passed away in 1988, his elder son, Randhir, took over the studio. Later, his younger brother, Rajiv Kapoor, directed a film titled Prem Granth. Even Rishi Kapoor tried his hands at direction with Aa Ab Laut Chalen.