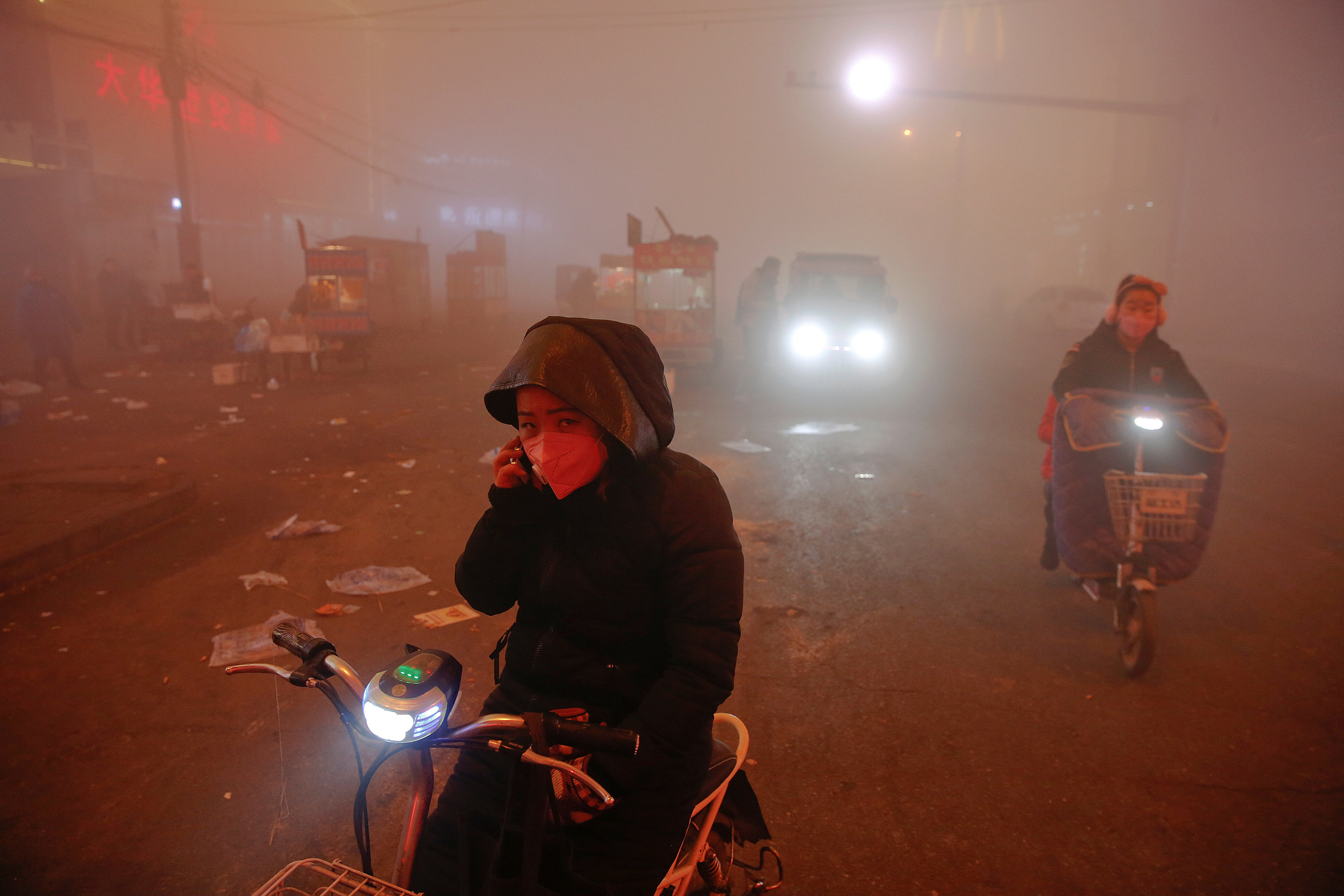 Dongying (China): China's crackdown on pollution is choking output of chemicals, fuels and other materials in Shandong province as plants curb or cut operations amid random environmental checks.
Beijing's clear-sky efforts are not new, but the frequency and duration of recent inspections in the industrial Shandong heartland is impacting output more extensively as small and mid-sized plants come under the same scrutiny earlier focused on large state-owned facilities.
Some 30 independent oil refineries in Shandong have been shut since mid-July, plus an unspecified number of chemical plants making propylene oxide (PO)，PVC and rubber tyres have been closed, according to industry sources and market analysts. Unlicensed fuel kiosks have also been removed.
While some of the plants have resumed operations or are hoping to restart later this month, others are less optimistic.
"We were told to prepare to work half a month and be off the other half, and get half our salaries," said Zhang Yongqiang, a 25-year-old oil depot worker with a 20,000 barrel-per-day (bpd) teapot plant that has been shut for more than two months.
Shandong holds half of China's capacity for PO, used to make elastic automobile parts and which requires costly waste water treatment.
It also makes nearly half the country's rubber tyres, which emit hazardous gases during production, said William Chen，chemicals expert at consultancy IHS Markit.
Among the plants that have been shutdown are Shenchi Petrochemical, Hengyuan Petrochemical Group, Fuyu Chemical, and Aoxing Petrochemical.
The exact amount of production lost is unknown. There is no official information on shutdowns, but refinery sources say wholesale gasoline and diesel prices in Shandong rose 5 per cent to 8 per cent in early September from a month ago, while prices for propylene, an intermediate plastics product, were quoted a third higher than in the same month last year.
PO prices gained 40 per cent since early this year, triggering higher imports of the chemical, said IHS's Chen.
Also, while inspections have mostly hit small fuel blenders and oil refiners of 80,000 bpd or less, their outages are being felt in global markets. Customs data showed China's August crude oil imports slid to their lowest since January.
Imports of light cycle oil, a refinery by-product similar to diesel, nearly doubled in August to over 500,000 tonnes from earlier this year to fill a diesel supply gap, said two traders involved in the business.
Beijing started sending teams of environmental officials and experts to Shandong from the start of 2017, making regular but unscheduled visits since then, said two local refinery sources.
Independent refineries typically close in July for repairs before fuel demand picks up from September, but the frequent visits have kept some plants shut for longer than planned.
Semi-official China Petroleum and Chemical Industry Federation reported last month, citing local media, that provincial inspectors had visited 1,891 plants by July 19 and that 43 percent of them had environmental violations.
"In the beginning, the checks by Beijing inspectors were about identifying holes like whether you have a license to operate or if a facility needs emission or safety upgrades... There were no orders to shut until July," said a fuel manager with a Dongying refinery.
Dongying, a city of 2.1 million known for acrid-smelling air and a cluttered landscape of "nodding donkey" oil wells, is home to nearly 30 refineries and dozens of small chemical plants.
Inspections intensified in July when provincial agents joined the campaign with more detailed examinations that required shutdowns, some for the purpose of pre-empting closure orders by Beijing, a Shandong environmental official said.
Plants hit by accidents during the inspections were ordered to shut for longer.
Aoxing Petrochemical in Dongying was ordered to close for an unspecified period after a leak of hydrogen sulphide in early August killed two people, according to local government reports.
The Ministry of Environmental Protection (MEP) said this month China was still facing "huge pressure" to meet politically crucial 2017 air quality targets. The MEP's plan to cut emissions in 28 cities includes seven in Shandong, with fresh rounds of inspections planned from September.
The shutdowns at some chemical plants may be permanent as upgrade costs would render them unable to compete with imports, said IHS's Chen.
"Shandong local refineries' utilization ratio will remain medium to low because of the government's safety checks, (which have been) tightening supplies as demand rises," said Li Yan of Shandong-based consultancy Longzhong Information Technology.