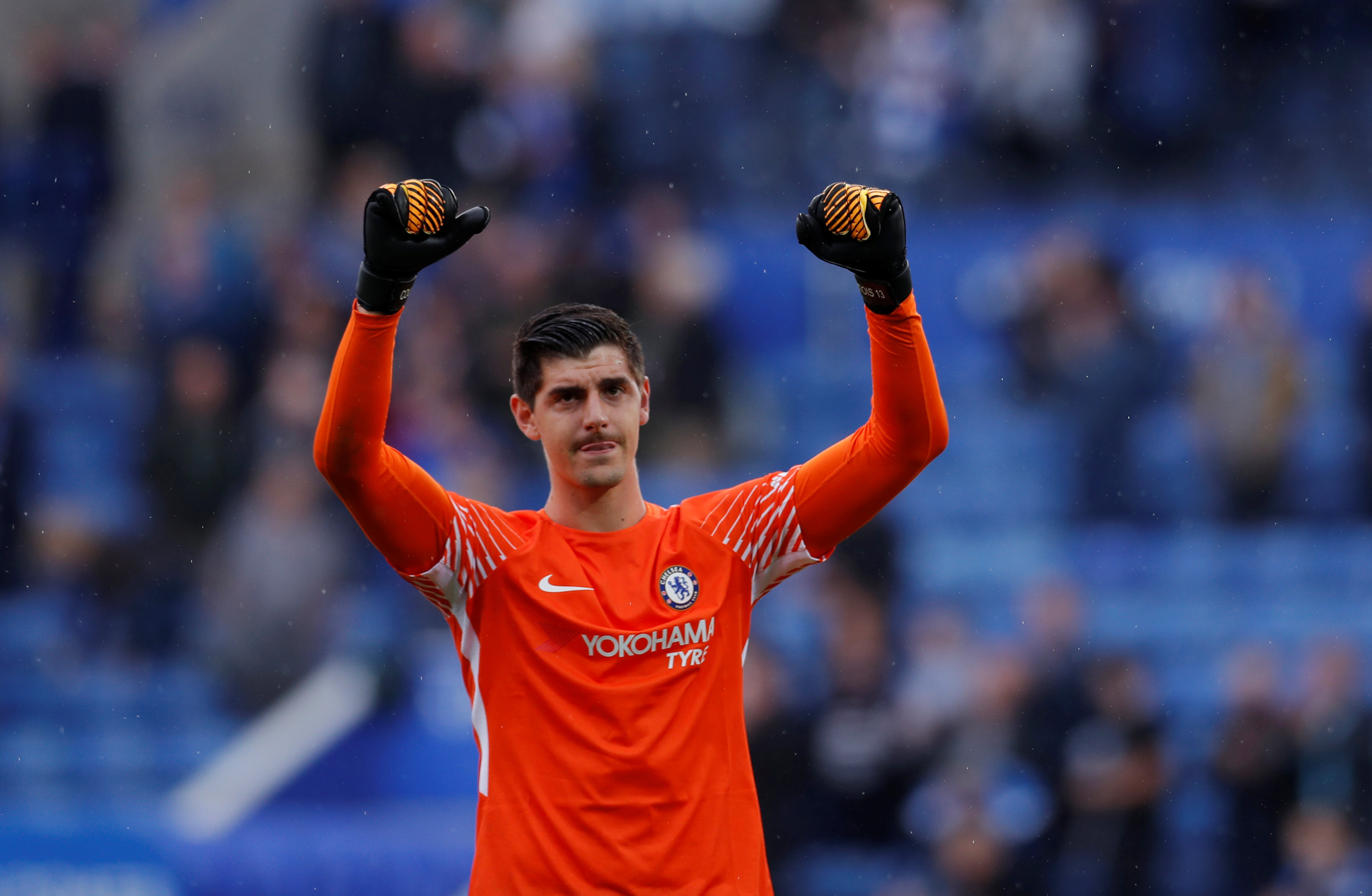 London: Chelsea are relishing the prospect of facing Arsenal as they look to build momentum in the Premier League after a dominant win in Europe, goalkeeper Thibaut Courtois said on Wednesday.
Arsenal were thrashed 4-0 by Liverpool last month and have already lost twice in four league games this season.
They beat Bournemouth at the weekend but Courtois said Chelsea were looking to further dent the title hopes of their London rivals at Stamford Bridge on Sunday.
"It is good to face Arsenal now," Courtois, who played as Chelsea beat Azerbaijan's Qarabag 6-0 in the Champions League on Tuesday, told British media.
"Everybody is healthy and things are going well. We won at Leicester, won comfortably last night and will go into the Arsenal game with a good feeling," he added.
After a shock defeat at home to Burnley on the opening day of the season, Chelsea have won three league games in a row beating Tottenham, Everton and Leicester City.
"Do we feel like we are in a good place? Yes. Sometimes it is good to face a big team early. Last year it didn't work out against Liverpool and Arsenal, but this season we have already won at Tottenham," Courtois said.
Before Arsenal turn their attention to champions Chelsea, they face a tricky test at home against Germany's Cologne in the Europa League on Thursday.
"Arsenal had a few bad matches, but won comfortably (against Bournemouth) last weekend. Let's see what they do in the Europa League, but they will probably rest some guys," Courtois said.
"For us and for them it's a big game because we are third in the table... we want to close the gap (to both Manchester clubs a point above them) and take points off Arsenal as well."
Arsenal have failed to beat Chelsea at Stamford Bridge since a 5-3 victory in 2011.