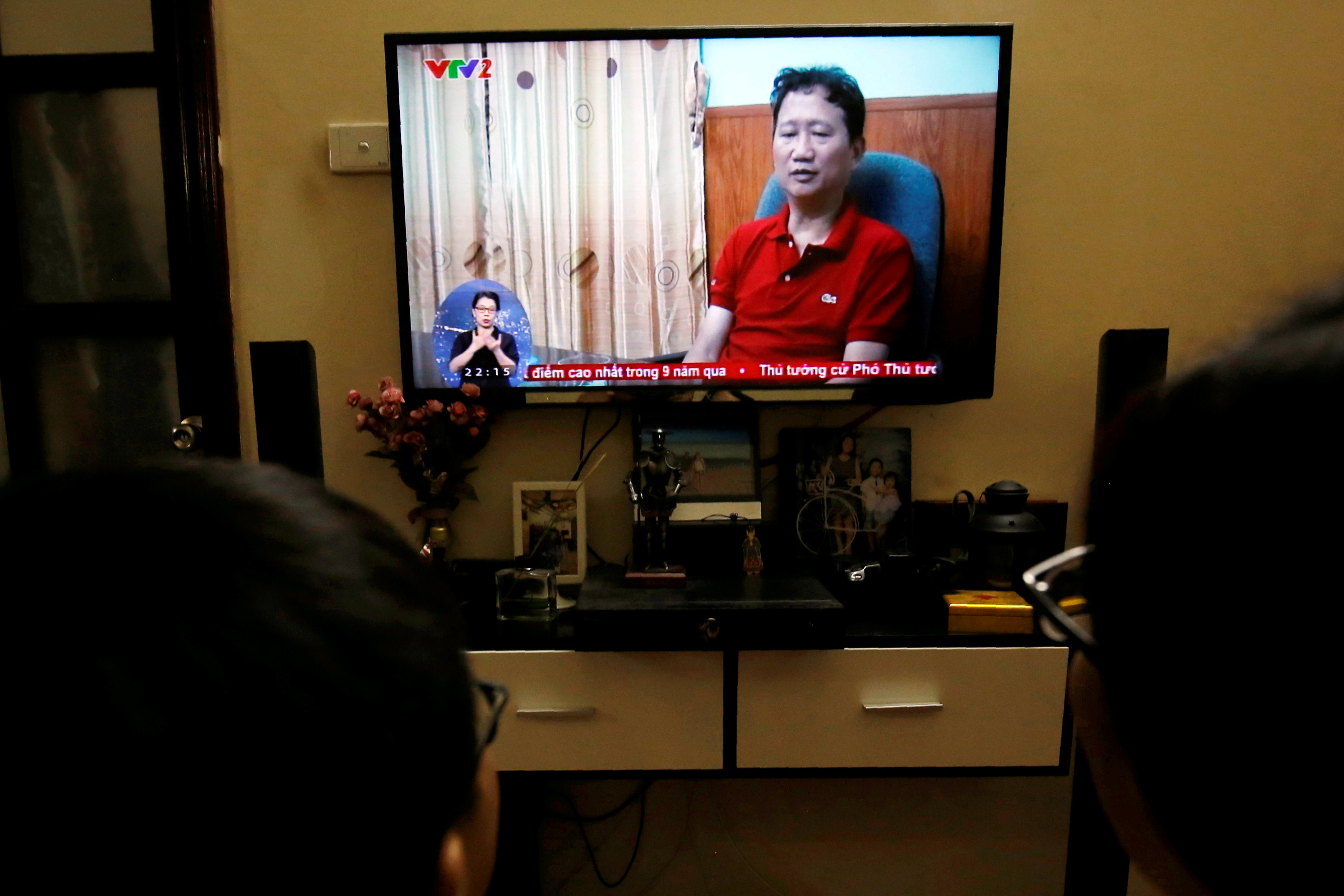 Hanoi: A former Vietnamese official who Germany says was kidnapped in Berlin to face charges in Hanoi over financial losses at a state construction firm had been cleared of wrongdoing by the previous government, according to documents seen by Reuters.
The decision to re-open the case and aggressively pursue prosecution shows the tougher stance taken by the ruling Communist Party since Vietnam's security establishment emerged stronger from a power struggle last year in which ex-Prime Minister Nguyen Tan Dung lost out.
The party says it wants to tackle corruption but some critics have accused Vietnam's rulers of embarking on a witch-hunt following the launch of investigations implicating increasingly senior figures.
The internal crackdown drew global attention last month when Germany accused Hanoi of kidnapping Trinh Xuan Thanh, a former official with state oil firm PetroVietnam.
He was accused of financial mismanagement that caused losses of $150 million at PetroVietnam Construction (PVC) during the time he served as chairman from 2009 to 2013.
But according to a letter dated May 18, 2015 from then trade minister Vu Huy Hoang to then Prime Minister Dung, the official had stated his responsibility but the government had not "found negative signs" relating to his actions.
"Therefore, authorised agencies and units agreed not to take disciplinary action over Thanh," it said, noting that he had moved to a role at the trade ministry, where he had worked hard to try to resolve the problems at PetroVietnam Construction.
"Corrective work and post-inspection handling of PVC were done effectively and in accordance with the prime minister's requirements," the letter said.
Responding to questions about the letter and whether there would be further prosecutions over the case, Foreign Ministry spokeswoman Le Thi Thu Hang said the party and state were resolute in dealing with corruption or lawbreaking by any organisation or individual.
"Based on the results of the investigation, the functional agencies shall strictly handle those who violate the law in accordance with the provisions of Vietnamese law," she told Reuters.
Reuters was unable to contact Thanh, former trade minister Hoang or former prime minister Dung either directly or through government offices.
Thanh ran PetroVietnam Construction, a subsidiary of a sprawling state enterprise that is also involved in everything from oil and gas to power generation, ship building and insurance.
After his return to Vietnam, Thanh was shown on state television saying that he had decided to surrender himself in order to face justice. The government has not said how he returned home.
Thanh was a relatively junior figure among those who are under investigation in relation to PetroVietnam's dealings as well as in the banking sector.
The most senior political casualty so far is Dinh La Thang, a former PetroVietnam chairman who was sacked from his role in the politburo. A vice-minister who had been responsible for appointing Thanh has also been sacked.
Hoang has also been symbolically stripped of his title of former trade minister for violating state and party rules.
Investigations continue into PetroVietnam and the trade ministry which oversaw it as well as into the central bank.
There are widespread expectations that more members of Dung's administration will be prosecuted.
Dung lost out last year in the battle to secure the post of Communist Party General Secretary, Vietnam's most powerful position.
The post remained in the hands of Nguyen Phu Trong, whose modest public profile contrasts with the conspicuous wealth that some members of Dung's administration displayed.
"Fighting and preventing corruption, waste and negativity are no longer handled slowly and case by case. It has become a movement," Trong said in July.
According to a survey by Transparency International conducted between July 2015 and January 2017, Vietnam had become the most bribery prone country in Asia after India and a majority of Vietnamese believed corruption had worsened.