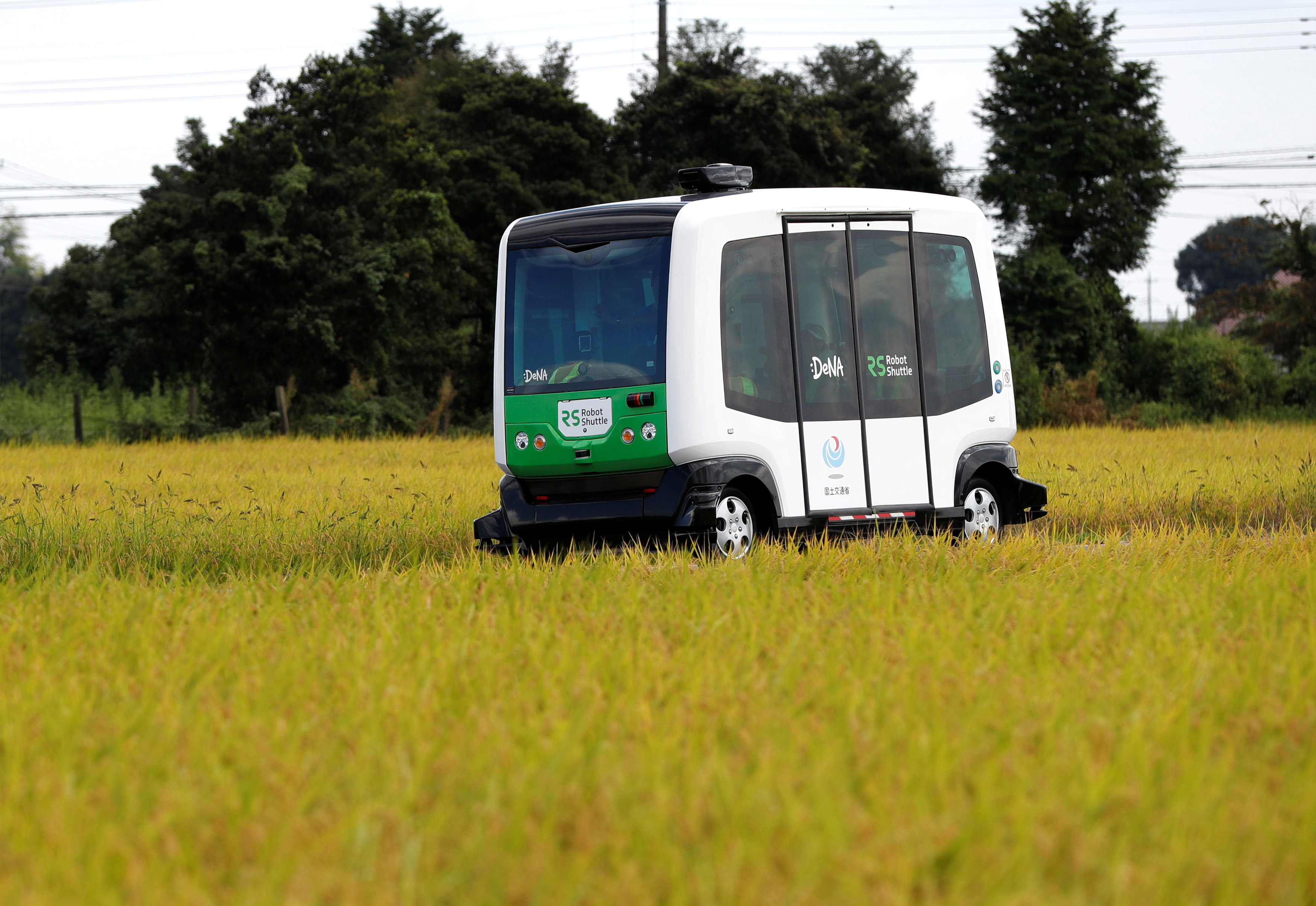 Nishikata (Japan): As the annual rice harvest begins this month in the Japanese town of Nishikata, the combines that usually putter along the sleepy roads lining its rice fields are giving way to a vehicle residents have never before seen, a driverless shuttle bus.
Japan is starting to experiment with self-driving buses in rural communities such as Nishikata, 115 km (71 miles) north of the capital, Tokyo, where elderly residents struggle with fewer bus and taxi services as the population ages and shrinks.
The swift advance of autonomous driving technology is prompting cities such as Paris and Singapore to experiment with such services, which could prove crucial in Japan, where populations are not only greying, but declining, in rural areas.
Japan could launch launch self-driving services for remote communities by 2020, if the trials begun this month prove successful.
The government plans to turn highway rest stops into hubs from which to ferry the elderly to medical, retail and banking services.
"Smaller towns in Japan are greying even faster than cities, and there are just not enough workers to operate buses and taxis," said Hiroshi Nakajima of mobile gaming software maker DeNA Co, which has branched into automotive software.
"But there are a lot of service areas around the country, and they could serve as a hub for mobility services," added Nakajima, the firm's automotive director.
In the initial trials of the firm's driverless six-seater Robot Shuttle, elderly residents of Nishikata, in Japan's Tochigi prefecture, were transferred between a service area and a municipal complex delivering healthcare services.
The town mirrors Japan's population profile, with roughly a third of its 6,300 residents aged 65 or more, up from about a quarter four years ago, while the population overall has shrunk 4.5 per cent.
Daily bus services are limited to just a handful.
"I worry about not being able to go out when I'm no longer able to drive," said one test rider, Shizu Yuzawa, adding that she would be open to using such a service.
"As people in towns become older and younger people move away, it's going to become more difficult to get help getting around," said the spry 77-year-old, who drives around in a mini-pick-up truck that belonged to her late husband.
The test also checked the vehicle's operational safety in road conditions ranging from puddles to fallen debris, and if those crossing its path would react to the warning it emits.
The ride, at a speed of about 10 kph (6 mph), felt comfortable and safe, said test participant Mieko Shimazaki, 71, but her 72-year-old husband, Susumu, wanted more speed.
"Self-driving cars could be useful in the future, but I'd like to see them go faster, at least at 40 kph (25 mph)."