Merkel challenger spells out conditions for post-election coalition in Germany 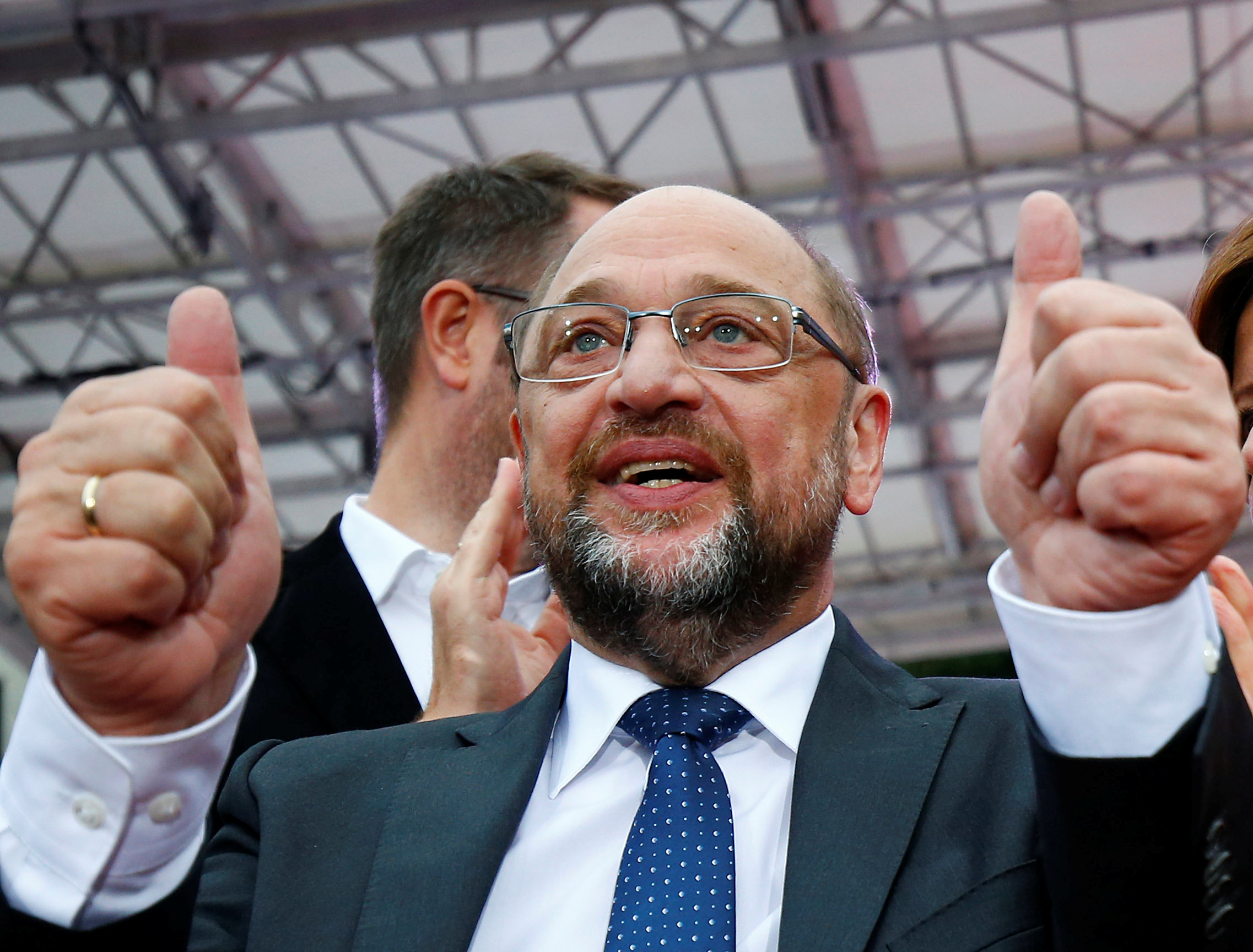 Berlin: Chancellor Angela Merkel's Social Democrat (SPD) challenger said on Sunday his party would not form any alliances after a September 24 election unless fair wages, free education, secure pensions and a commitment to a democratic Europe were guaranteed.
The SPD was trailing Merkel's conservatives by 13 points in an Emnid poll published on Saturday, with 24 per cent support. Polls show the most likely coalitions are a re-run of the current conservative-SPD alliance or a 'Jamaica' tie-up of the conservatives, Greens and pro-business Free Democrats (FDP).
For the first time, SPD leader Martin Schulz on Sunday laid out his conditions for joining any coalitions in a video broadcast on the party's website. "Specific policies for fair wages, good schools, secure pensions and a democratic Europe for peace - that's what I promise you," 61-year-old Schulz said.
"An SPD government would implement these plans. They're non-negotiable for me. That's why I want to become German chancellor," he said.
But polls suggest the SPD's only option for gaining power would be as a junior partner in another "grand coalition" with the conservatives under Merkel.
Schulz has put social justice at the core of his campaign, but that has failed to gain much traction. Germans have generally enjoyed 12 years of prosperity under Merkel, and she has trumpeted her economic achievements - such as reducing unemployment - throughout the campaign.
In an interview with the Funke newspaper group, Schulz said he was against a re-run of the current coalition, an alliance that is always a last resort because it leaves little opposition in parliament.
"We're not seeking to continue the grand coalition," he said.
"I'm running to supersede Merkel." Merkel warned supporters at a campaign rally in the northwestern town of Delbrueck on Sunday that the election result was not yet clear despite her lead in the polls.
"A lot of people say the vote is practically decided already ... but it is not," she said, adding that many people would make up their minds in the final days before the vote. She had on Saturday called for a high election turnout, saying: "We must fight for every single person to go and vote." Germany's smaller parties narrowed down possible coalition options over the weekend, with both the Greens and the FDP saying they could not imagine a 'Jamaica' coalition, the name refers to the black, yellow and green colours of the Jamaican flag.