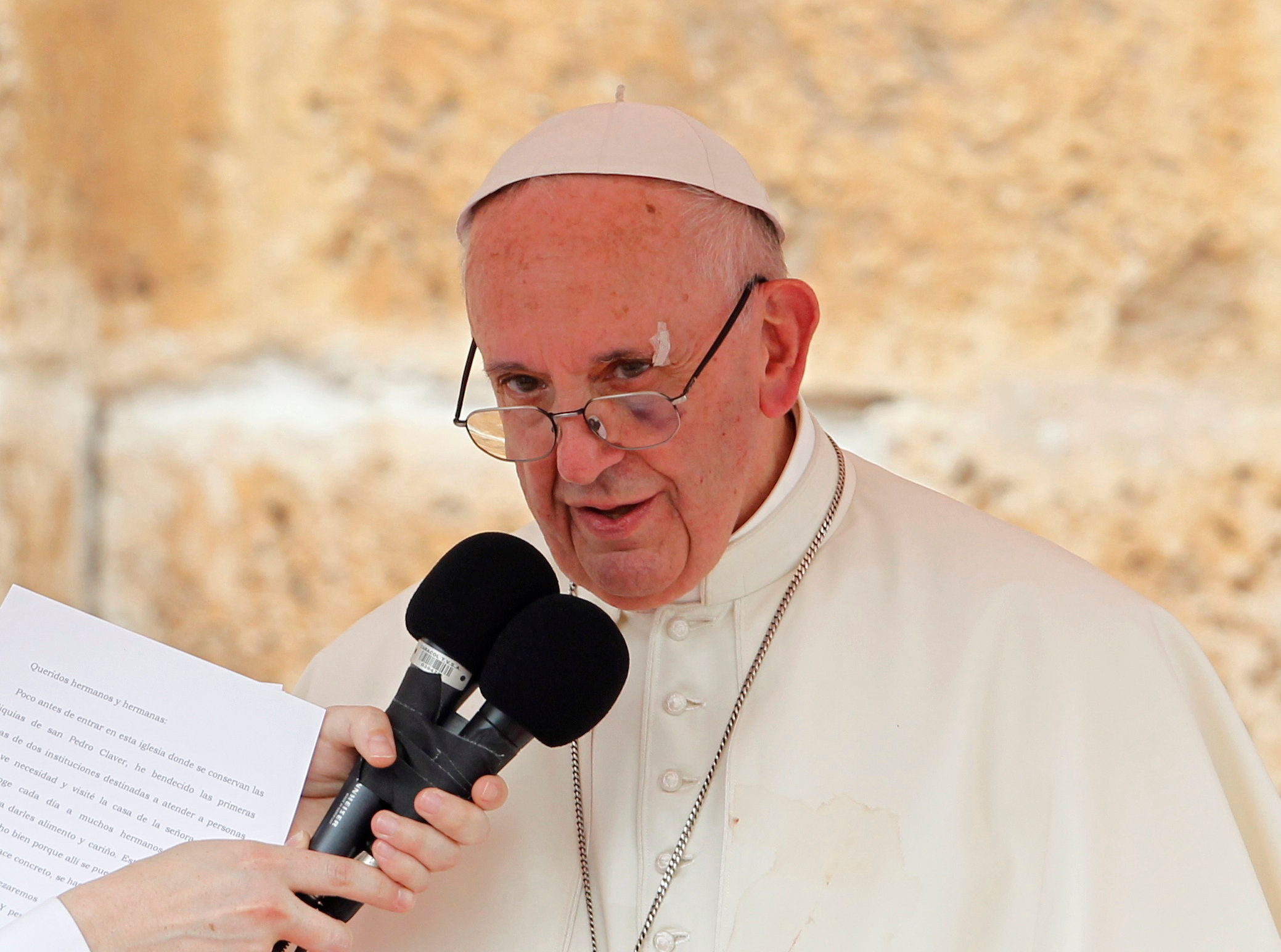 Cartagena (Colombia): Pope Francis lost his balance while riding in the popemobile through a crowd in Cartagena, Colombia, on Sunday, bruising his left cheekbone and eyelid, but he was not seriously hurt.
The Vatican said he received ice treatment and was fine to continue on his trip.
Video images showed the pope hitting the left side of his face against a vertical bar of the popemobile, a specially designed open-top vehicle that allows the pontiff to stand and greet the faithful as his motorcade advances.
A few drops of blood were seen on his white cassock and the area around his left eye looked bruised and swollen.
"I was punched. I'm fine," the pope joked as he left a house in the poor neighborhood of San Francisco on the last day of his trip to Colombia. He later was seen with a small bandage over his left eyebrow.
"The pope is fine. He injured his left cheekbone and eyelid," spokesman Greg Burke said.