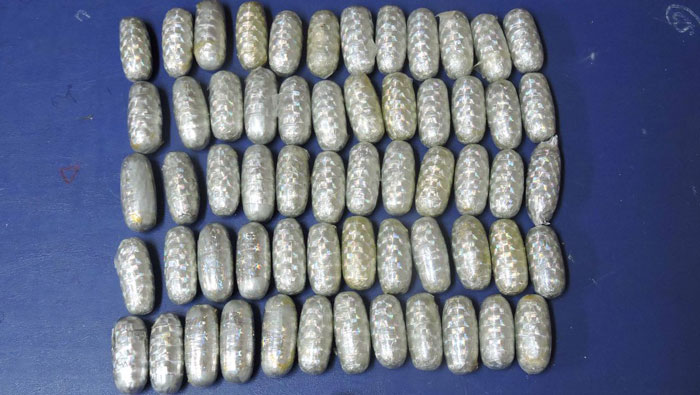 Muscat: Multiple arrests have been made for possession, trafficking, and abuse of drugs in Muscat and Nizwa, Royal Oman Police announced.
Three suspects were arrested for possession and trafficking of 61 capsules of morphine in Nizwa.
The Anti-Narcotics and Psychotropic Substances Department, under the leadership of the Al Dakhalia police, "arrested three suspects, including an Asian national, on charges of possession of narcotic substances for the purpose of trafficking and abuse in Nizwa. Police seized 61 capsules of morphine," a source at ROP said.
In Muscat, The Directorate General for the Control of Narcotic Drugs and Psychotropic Substances "arrested two Asian nationals on charges of possession of narcotic substances for the purpose of trafficking and seized at the suspect's residence 1300 pills of psychotropic substances," an official at ROP said.
"Two other residents of the same nationality were arrested in Bausher with a quantity marijuana," the source added.
The accused have been referred to Public Prosecution to take the necessary legal action.
The Royal Oman Police calls on all citizens and residents to "cooperate in combating the drug scourge and to inform the police of any information that helps in the detection of drug smugglers and drug traffickers by calling 9999, or the toll free number of the General Directorate for Narcotics and Psychotropic Substances (1444) or by going to the nearest police station."