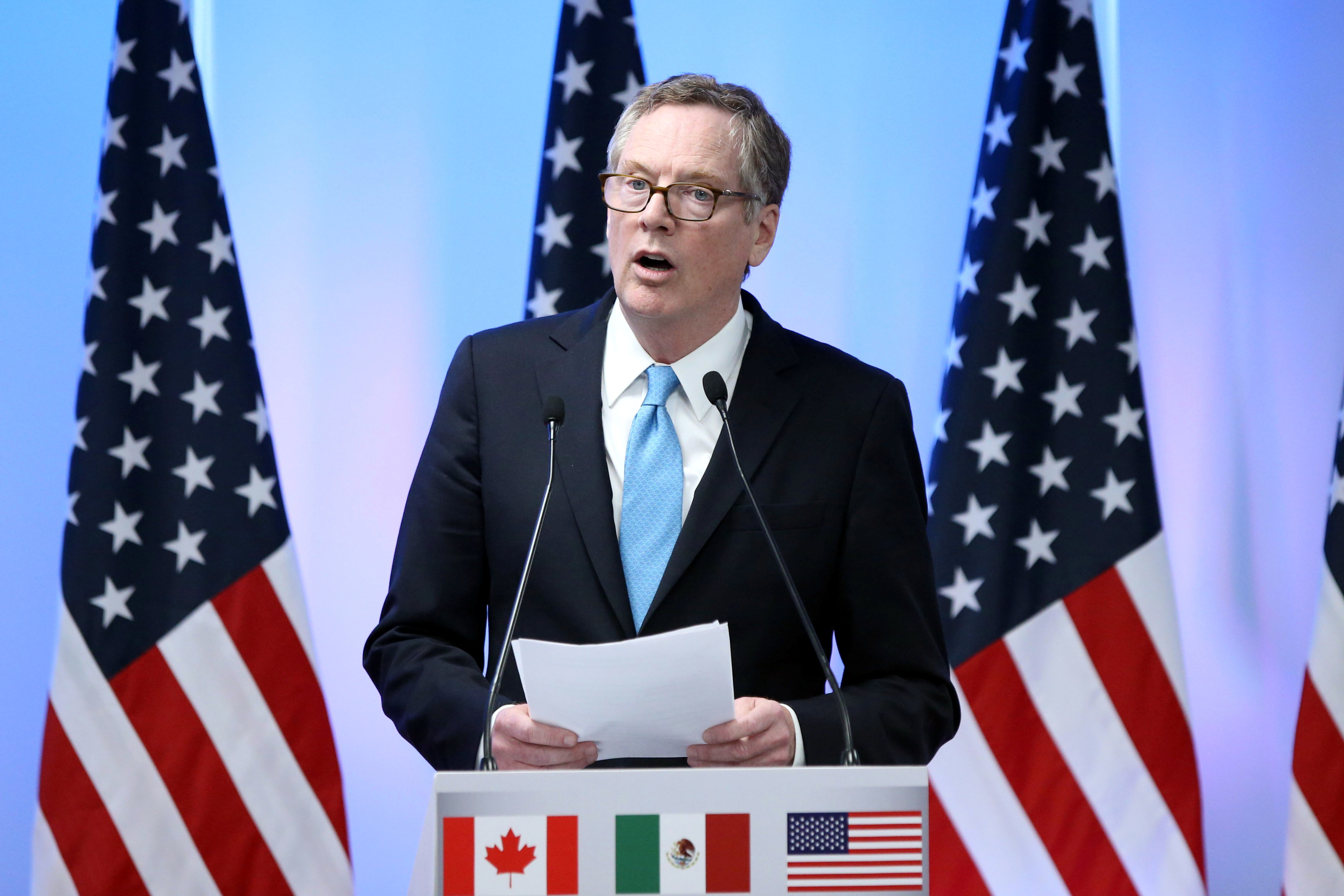 Mexico City: US Trade Representative Robert Lighthizer said on Tuesday that he and President Donald Trump are in full agreement on the NAFTA trade pact's problems and believes that Trump will support any final modernisation deal that he negotiates.
After closing out five days of talks in Mexico City, Lighthizer said that he considers Trump's views in every decision he makes in negotiations over the North American Free Trade Agreement.
"I expect when I finish this agreement, that the president will be supportive of it because I'm not going to agree to things that he's not supportive of," Lighthizer told reporters in his first formal news briefing since taking office in May.
Lighthizer, a former Reagan-era deputy USTR and longtime trade lawyer for US steelmakers, said Trump would likely judge a NAFTA update on whether it improves conditions for American workers, farmers and ranchers.
Asked if he believed NAFTA should be abandoned if it cannot be improved in the negotiations, Lighthizer said he was "not taking that position."
"I want to get a good agreement, I want to get one that's acceptable to the president, I want to get one that's going to pass the Congress," he said. "And in the final analysis I want the (trade) deficit to come down and I want American workers and farmers and ranchers to be better off. That's kind of what I view (as) my mission."
He said no NAFTA chapter was closed out in Mexico City, but progress was made to consolidate language on chapters covering small and medium-sized enterprises, competitiveness, digital trade, services and the environment.
He declined to discuss his goals on rules of origin, and said that the United States was still proposing that the "Chapter 19" trade dispute mechanism — which requires the use of binational panels to resolve disputes — be eliminated.
At the start of the first round of talks on Aug. 16, Lighthizer said he wanted to increase North American content for autos with a US-specific component. An auto industry lobbyist said on Monday that a US-specific content rule may need to be 35 per cent or higher for Trump to view the provision as a victory.
Lighthizer also said he wanted stronger labour provisions in NAFTA, saying it would be a "contentious" issue.
"It's our objective to have provisions that raise wage rates in Mexico, he said. "I think that's in the interest of the Mexicans and in the interests of the United States."
Asked about the impact of the political backdrop, which has included frequent protests in Mexico and anti-NAFTA sentiment in the United States, on reaching a deal by year end, he said: "I don't think it makes it any harder at all, it just shows that it matters, it shows everything you're doing is being followed closely."